10 Outfest Films You Should Keep Your Eye On

It’s July, and that means Los Angeles’ Outfest is right around the corner. If you’re in the city from the 9th to the 19th, you’ve got dozens and dozens of LGBTQ films, both narrative and documentary, both new and classics in repertory to choose from. Plus, their Legacy Project is serving vintage Madonna in Truth or Dare, as well as a restored, second-chance director’s cut of the chopped-up ’90s flop, 54.

So whether you’re attending or not, keep your eye on these and choose wisely… 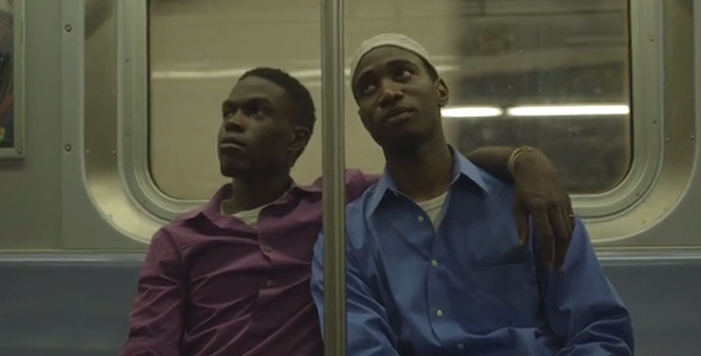 Naz (Kerwin Johnson Jr.) and Maalik (Curtiss Cook Jr) are young, black, gay and Muslim. Their story could be simple: meeting and getting to know each other over the course of one Brooklyn summer night. But they’re also being tailed by an FBI agent who thinks they’re terrorists, and that complicates everything.

A group of sarcasm-soaked gay friends (Drew Droege, Sam Pancake, Jack Plotnik and Jeffrey Self) find themselves stalked by a serial killer who openly discusses his crimes. They think he’s kidding. He’s not.

Mexican director Rigoberto Perezcano has crafted a sinister murder mystery, one where successful trans nightclub singer Mabel (Jose Pecina) turns amateur detective. She returns to her oppressive hometown to find her best friend’s killer, but risks compromising her own safety in the pursuit of the truth.

A Gay Girl In Damascus

When a Canadian journalist met a Syrian woman online, flirtation turned to intrigue and Syria’s Arab Spring consumed them both. But you never really know who you’re talking to on the anonymous internet, do you? And that’s the secret of this documentary, a Sundance Film Festival hit where romance unravels and a political mystery springs up in its place. 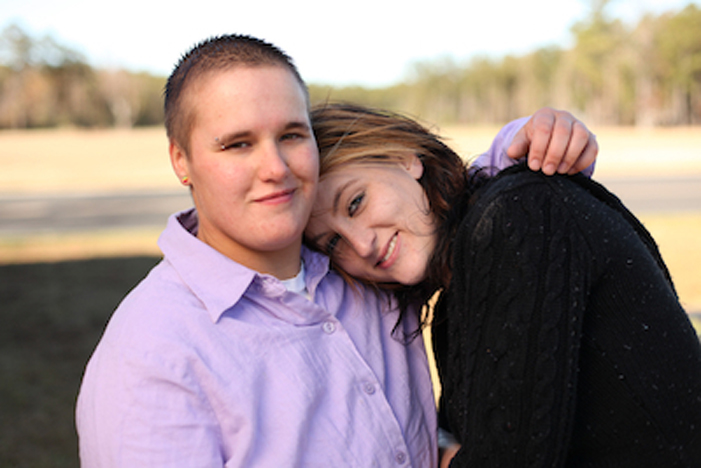 What does it mean to be a Christian trans teenager in North Carolina? Seventeen year-old Cole will tell you, in this Susan Sarandon-produced documentary by first-time filmmaker Hillevi Loven. The hostility Cole faces daily would sink most people, but the film turns his story into a portrait of true bravery in the most deeply conservative part of the U.S..

Do I Sound Gay?

David Thorpe’s documentary on that taboo subject (“gay voice”) will resonate with men of every vocal range. Thorpe talks to linguists and speech therapists to find the origins of the phenomenon, to heterosexual men mistaken for homosexual and homosexual men mistaken for heterosexual, as well as to interview subjects David Sedaris, Don Lemon, and Tim Gunn, public figures who set the record straight about what it means to be identified as gay as soon as they open their mouths to speak. 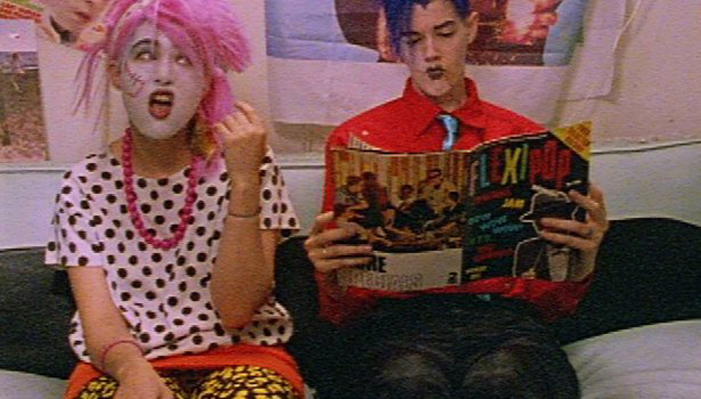 Twenty years in the making, this 1994 freakout from director Jill Reiter — finally finished in 2014, its title referencing the long-lost founding member of The Go-Go’s , and starring Bikini Kill’s Kathleen Hanna. It’s a loose narrative of a family of social misfits in wild make-up delivering deadpan dialogue while traipsing across the ’90s queer underground & riot grrrl scenes. The special event after the screening will include a reading from the original script and a dance party DJ’d by legendary Los Angeles punk musician Alice Bag.

Stories of Our Lives

This beautiful, black-and-white, Teddy Award-winning film from Nairobi’s NEST collective follows a diverse group of queer Kenyans as they navigate a hostile culture and punitive legal system. The script is based on interviews with LGBT community members in Kenya, a place where loving the wrong person can get you jailed or killed, and where some of the most vital stories of perseverance and survival are being told.

Part of a five-film series focused on the restoration work of the Outfest Legacy Project, Lizzie Borden’s 1983 firebomb of a feminist sci-fi movie is rough, raw, and rowdy, diving into a future dystopia where America has turned Socialist, and yet racial, sexual, and gender equality are still far-off goals. Until the underground woman-army takes over, that is.

Sports. LGBT people do them. Sometimes those people do them professionally. Less often, those people — especially if they are male and involved in, oh, say, baseball, basketball, or football — are out of the closet. Documentary filmmaker Malcom Ingram (Small Town Gay Bar, Bear Nation, Continental) gathers some legends like Billie Jean King and Dave Kopay to talk about the ups and downs of the sporting life, both during the bad old days and now, a time when Michael Sam fearlessly faces down the NFL.

We're Dying for a Live-Action Zelda Movie, So Why Hasn't It Happened?
The Muxes of Mexico Are a ‘Third Gender’ Who Straddle the Line Between Respected and Reviled
31 Big-Name Actors You May Have Forgotten Are Part of the MCU
We're Loving the Push to Revive the Hanky Code for a New Queer Population
English