Written by Daniel Villarreal on November 11, 2016
Be first to like this.

It’s Veterans Day, so we’re revisiting some of our favorite stories about the military! 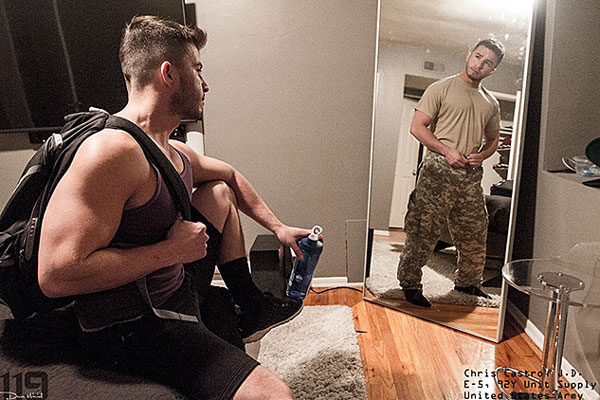 Photographer Devin Mitchell began taking mirror portraits of military veterans as a way to show the “double lives” that they lead. In uniform, they’re nearly indistinguishable from the other men and women serving alongside them but, out of uniform, each has a life with identities and struggles all their own. For LGBT service members, it’s especially hard — they must first choose whether to risk ridicule and harm by serving openly, and then face further discrimination when they return to jobs and public places at home.

Even though it has about been four years since the repeal of “Don’t Ask, Don’t Tell” — the Clinton-era policy banning gays in the military — some lesbian, gay and bisexual service members stay closeted in the military for their own personal well-being. Transgender people cannot serve openly at all. And off the battlefield, most veterans live in states where you can still be fired for being LGBT.

Although Mitchell’s portrait series shows soldiers of different ethnicities, religions, sexual orientations and gender identities, The Advocate recently ran some of his portraits specifically depicting LGBT soldiers. Through intimate portraits, Mitchell explores both sides of military identity: service member and civilian; each has their own unique appearance, each changes  how they see themselves and how others see them.

Pictures alone won’t stop the discrimination that LGBT soldiers face, but Mitchell hopes his series will at least get people talking about the challenges soldiers face, both in and out of uniform. 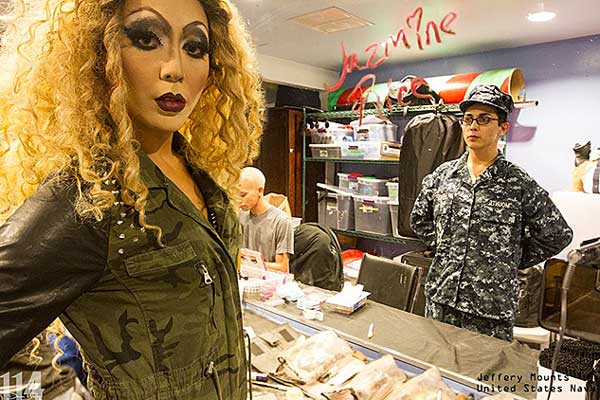 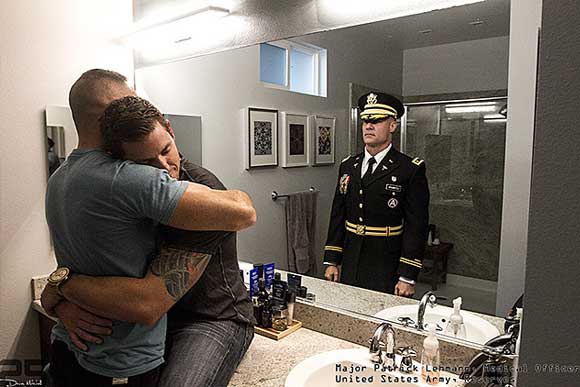 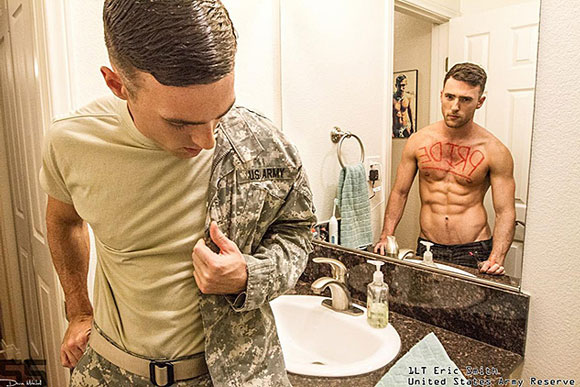 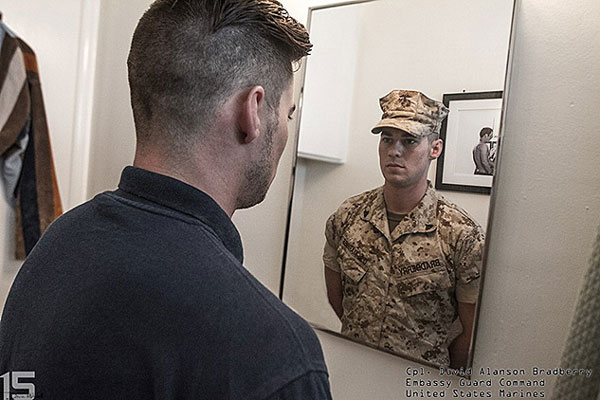 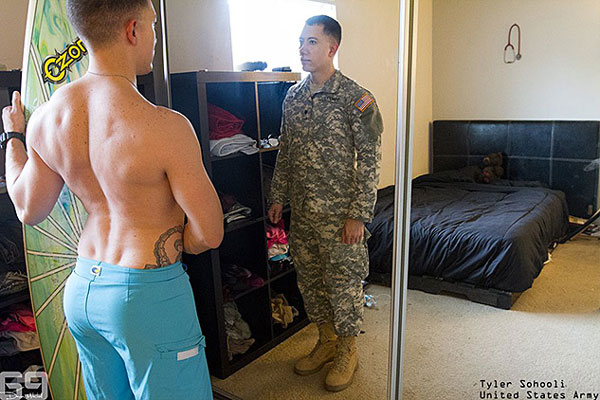 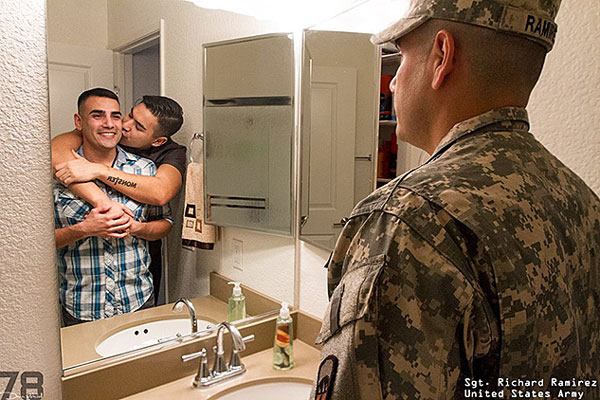 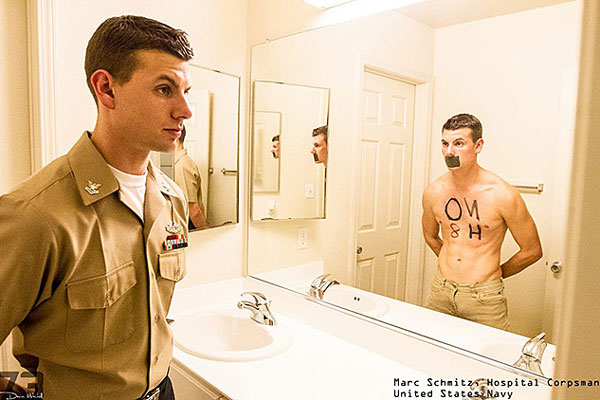 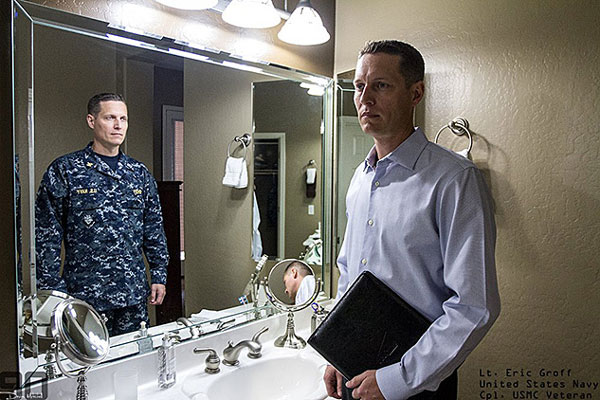 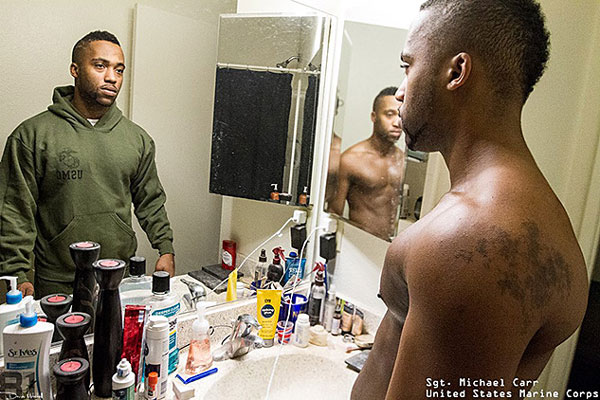 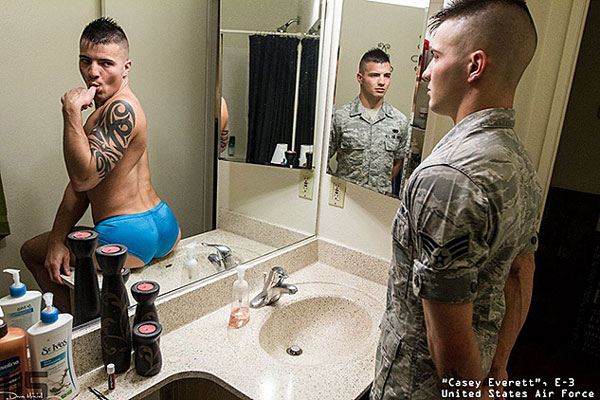 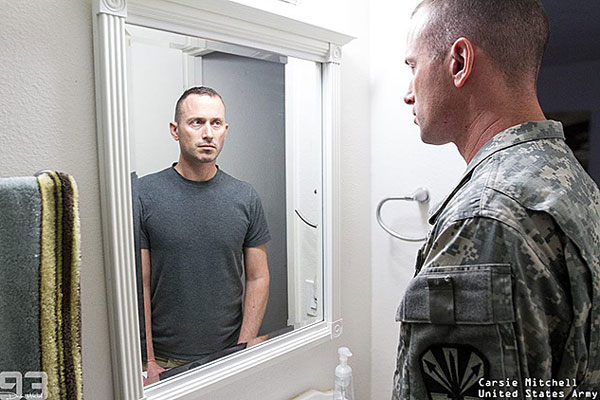 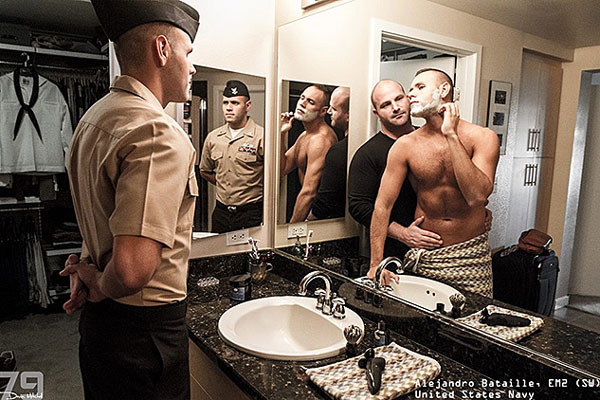 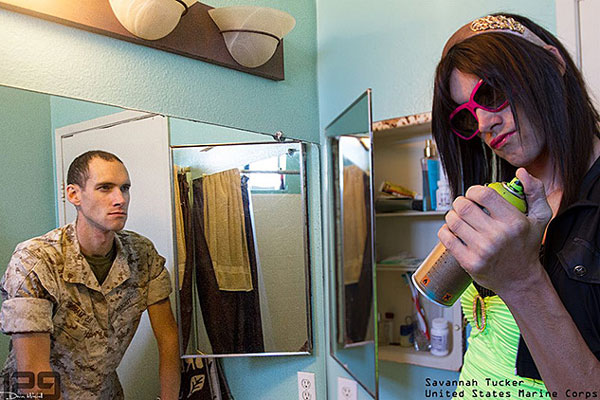 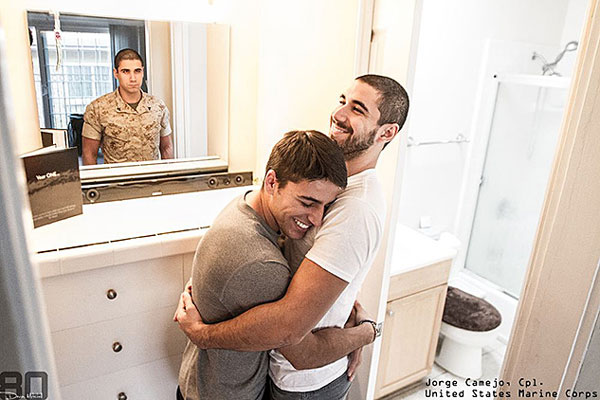 Celebrate James Dean's Birthday With These GIFs for Queer Men
'Call Me Mother': How Drag Mothers Are Raising a New Generation of Queens
Getting Naked in Front of 600 Men Changed My Life
The Chinese Government Is Committed to Erasing LGBTQ People. Here Are 5 Ways It's Succeeding.
English