Written by Daniel Villarreal on October 12, 2017
Be first to like this.

The Amsterdam Lowlanders is the only gay and straight-friendly rugby team in the Netherlands. They play friendly matches against other gay teams and take part in international tournaments. When they’re not busy playing matches, they strip down nude in the rain and wrestle each other in public — well, at least they did while shooting their 2018 rugby calendar.

The Lowlanders teamed up with several other teams from International Gay Rugby, the umbrella organization for the world’s gay rugby clubs, to produce their 2018 calendar.

The theme of the calendar is “Connect” and it shows bearish athletes from different countries getting buck naked and playing in front of Amsterdam’s many bridges.

In a public Facebook post, the team explained that the bridges are a symbol for “reaching out, connecting and building friendships,” adding that this “is the essence of rugby.”

Here’s a NSFW video of the making of the 2018 rugby calendar:

Interestingly, the theme of connection is apparent in another recent rugby collaboration. Earlier this year, six rugby teams from the U.K. teamed up with Balls To Cancer, a registered charity “aiming to fight cancer with fun.” The teams raised funds and awareness of testicular cancer — a disease affecting 200,000 new men in the U.K. every year — by posing for a series of sexy nude photos.

The photos showcased the naked rugby players in all types of positions, from shower time to a team huddle. The final images featured a total of 52 men from all different backgrounds, shapes and sizes participating.  The six teams were the Kings Cross Steelers, Swansea Vikings, Northampton Outlaws, Newcastle Ravens, Edinburgh Thebans and the Manchester Village Spartans. 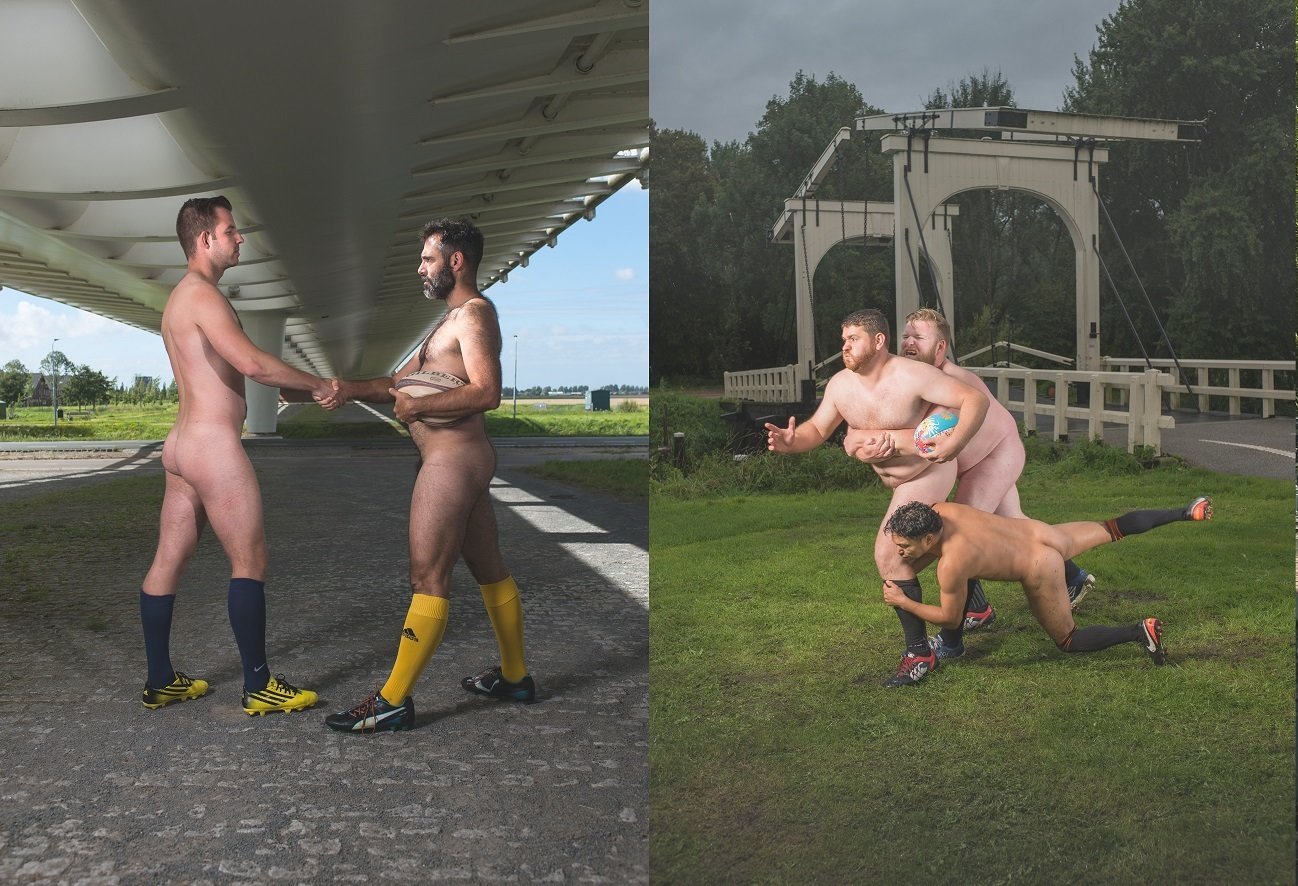 You can purchase the Amsterdam Lowlanders 2018 rugby calendar now.

Featured image by PeopleImages via iStock