5 Contemporary Queers Who Are Revolutionizing Fashion

But what about fashion? Ah, now that’s a discipline where gender fluidity is a gushing geyser. There are lots of queer folks working in style and apparel. And what’s more, there are lots of innovators creating new ways to express yourself with how you dress. So no matter what gender you feel on the inside, or what gender you’re attracted to, chances are excellent that there’s a designer out there somewhere who can bring those feelings to life.

Gender may be a social construct; it may be a state of mind; but thanks to these awesome queer fashion innovators, it can also be a snazzy outfit.

Also, all of the people mentioned below will be presenting panels on fashion at South by Southwest 2016 in Austin this week, at two talks entitled “Queer Style: Visual Activism and Fashion’s Frontier” and “Generation Z and Gender: Beyond Binaries?” 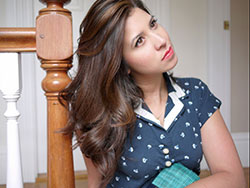 Aja Aguirre knows a good thing when she sees it. She has to, as the Beauty Editor for Autostraddle, the internet’s top destination for lesbian news & insight. From her home in Boston, Aja doesn’t shy away from incorporating important issues like race, culture, and diversity into her coverage. She’s also the founding editor of Fit for a Femme, where for eight years  she’s been covering femme fashion. Her work there led to presentations at the Femme Conference, and she participated in the LGBTQ mega-fashion show VERGE. 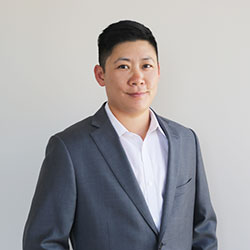 If your body isn’t traditional male or traditionally female, fashion can be a real pain. Measurement standards may not make any sense for who you are or how you identify. That’s why Leon came up with Andropometics, a method of taking measurements “based on gender identity and queer style.” Gender-neutral measuring is at last a reality! Leon is the founder of Sharpe, a suit company that uses Andropometrics to custom tailor suits regardless of body type or gender identity. 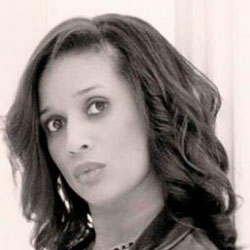 Maybe you’re looking to blur the lines between male and female. Maybe you want to smash the binary altogether. Well look no further than dapperQ, Anita Dolce Vita’s site for masculine and androgynous women as well as trans folks. She recently organized an event called (un)Heeled at the Brooklyn Museum, celebrating the “unconventionally masculine.” And along with Aja Aguirre and Leon Wu, she moderated the first-ever queer style panel at South by Southwest. 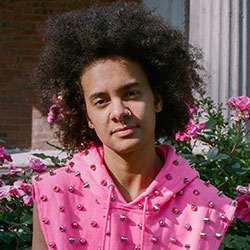 If they’re not on your radar yet, you need to get your radar fixed. Tyler’s already been cited by MTV and Dazed as a revolutionary social media and cultural figure. Their mission: to open the world’s eyes to the experiences of agender and trans individuals everywhere. Their work transcends disciplines, and they’re as much a part of the fashion world as they are the art world, the literary world, or the science world. 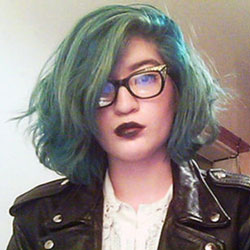 A beauty writer for multiple major outlets, Arabelle is a mastermind of fashion, politics, and fashion politics. New York Magazine called them “The Thinking Woman’s Beauty Writer,” thanks to their skillful weaving of such topics as technology, feminism, and aesthetics. Her coverage had a significant impact on BuzzFeed’s approach to beauty and fashion — which means it’s had a significant impact on modern media culture and, thus, us all.

Let's Examine the Phenomenon of Cruising Bathrooms Through 4 Famous Queer Men
10 Trans YouTubers You Should Be Watching
When Gays Bash Back: The Story of Rev. Broshears and the Lavender Panthers
New Gang of Four Tribute Album 'The Problem of Leisure' Honors Punk's Greatest Guitarist
English