In a September 2014 speech to the Southern Comfort Conference — an annual transgender conference in Atlanta, Georgia — Chad Griffin president of the Human Rights Campaign apologized to the trans community for the organization’s past failings stating:

“HRC has done wrong by the transgender community in the past, and I am here to formally apologize. I am sorry for the times when we stood apart when we should have been standing together,” Griffin said during the speech. “I am sorry for the times you have been underrepresented or unrepresented by this organization. What happens to trans people is absolutely central to the LGBT struggle. And as the nation’s largest LGBT civil rights organization, HRC has a responsibility to do that struggle justice, or else we are failing at our fundamental mission.” 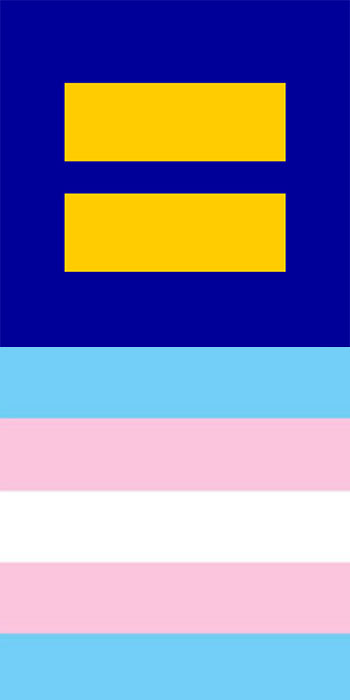 For some Griffin’s speech signaled a long awaited change from the LGBT community’s largest, most well-known, and financed organization.

It was at Southern Comfort that HRC once promised the trans community to never support an Employment Non-Discrimination Act that did not include the trans community. HRC would later renege on that promise, and for some trans activists commit the ultimate act of betrayal.

After speaking with a handful of prominent trans activists QueerSecret compiled a list 5 steps HRC can take to show their commitment to trans inclusion:

As president Chad Griffin has done an adequate job of hiring more trans staff and in the past year HRC appointed Hayden Mora, a trans man, its deputy director.

“With Hayden as deputy chief HRC now has a trans person in on the upper level meetings,” Beyer said. “That’s a start.” While Masen Davis, executive director of the Transgender Law Center added, “I am impressed with how many trans people they’ve added under Chad’s leadership. That’s a really good sign of their intentions.”

But they can do more.

“It takes more than a speech and a few hires to change the community’s perception of an org like HRC,” Davis said.

Beyer believes they should look to hire a long time activist in the trans community versus mostly newbies. While many older activists have a negative view of HRC, it could be a show of a good faith effort, and go a long ways toward healing the relationship and building trust going forward.

But most of the activists also added HRC should add more trans staff to their management team — including trans people of color to further diversify their ranks. Furthermore activists would like to see more trans people on their board of directors and a trans person as a lobbyist.

“It’s unacceptable not to have a lobbyist,” Beyer said. “There’s enough of us around that there is no excuse not to have a qualified person to do it.”

HRC has done a spectacular job using their resources promoting same-sex marriage. Trans activists want the same effort to be put into highlighting their issues — including trans equality.

“HRC needs to use their media shop to promote trans equality. We see full color celebrity ads from HRC promoting marriage all the time,” said trans activist Rebecca Juro. “They could likely win some brownie points with trans people by making and running ads promoting an inclusive ENDA and trans equality in particular.”

Besides ENDA there are a whole range of issues that need to be addressed in the trans community such as access to healthcare; reducing homelessness; making it easier to get new identification when transitioning; protecting the physical safety of trans inmates; taking care of the aging trans population; and lifting the ban on trans people joining the military — to name just a few.

“They need to use their significant resources to help mainstream gay, lesbian and bi people better understand trans issue that are particular to our community,” Davis said. “It would be great to move their base to be more understanding of trans issues and champions for LGBT equality for all.” 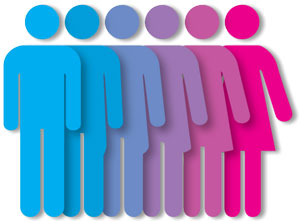 Publicly Reject Legislation That Does Not Include the Trans Community

In 2007 then president of HRC Joe Solmonese spoke at Southern Comfort and told the audience that he would not support an ENDA that did not include the trans community. Once it was clear that a trans-inclusive ENDA did not have enough votes in Congress to pass, HRC reneged and supported a non-inclusive version. It was only eight months after Solmonese made that promise when he ended up apologizing for “misspeaking” at the conference.

In 2013 the U.S. Senate finally passed a trans inclusive version of ENDA but it never came to a vote in the U.S. House of Representatives. Since then most LGBT organizations such as The American Civil Liberties Union, Gay & Lesbian Advocates & Defenders, Lambda Legal, the National Center for Lesbian Rights and the Transgender Law Center, have pulled their support of it in its current form because of its religious liberty exemption which according to those organizations “allows religious organizations to discriminate based on sexual orientation and gender identity.” HRC though has taken more of an ambiguous position saying “we call on our allies in Congress to improve this bill’s overly broad religious exemption. As long as this Congress is in session, we will fight for ENDA — with a narrowed religious exemption — because these workplace protections will change millions of lives for the better.” But they have not outright rejected it as others organizations have.

“They need to reject sexual minority community legislation that doesn’t include trans people,” said Eli Erlick, executive director of Trans Student Equality Resources. “There’s where a lot of their problems have been.”

On paper, and in words, it appears HRC will at least attempt to do that by now supporting a comprehensive civil rights bill covering the entire LGBT community.

“It is time for the LGBT movement to throw its weight behind a fully comprehensive LGBT civil rights bill,” Griffin wrote in a blog post. “A bill that…would bar discrimination on the basis of sexual orientation and gender identity in all core civil rights categories — including housing, public accommodations, credit, education and…employment. Its time has come.”

Of course saying its time and making it happen are two different things. ENDA, which only covers employment discrimination, has been introduced in every Congress since 1994, except one, and it’s failed, even when the democrats have controlled both chambers, and for a brief time in 2009 and 2010, held a filibuster proof majority in the Senate. 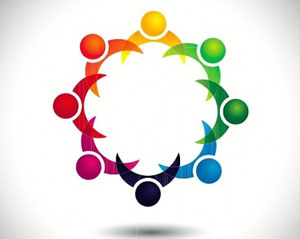 HRC’s resources and pockets are deep. So deep in fact that Griffin’s annual compensation at HRC was over $400,000 in 2012. Of course that’s a drop in bucket for HRC’s total revenue, which amounted to more than $50 million in that same year.

Some trans activists would like to see HRC use some of that money to support fledging trans organizations across the country.

“There are many different groups out there that do community work without funding,” said Bamby Salcedo, president of TransLatin@ Coalition. “I’d like to see them create a fund to support some of those up and coming groups, or organizations, so that they can continue to do the work that they’re doing. They can also provide organizational development to help them succeed.”

That’s not to say HRC has done nothing for trans organizations. One such organization that HRC has supported is Casa Ruby, a D.C. based trans group that offers a variety of services to trans youth.

“We’re proud to support Casa Ruby and Ruby Corado’s courageous work to support trans youth on their path to employment,” Griffin noted in his speech to Southern Comfort. “We’ve lifted up the stories of transgender Southerners…through our expanded work in the Deep South.”

But besides just funds no one can deny that HRC is an efficient machine that can offer a lot of other insight and operational support to those organizations as well.

“I’d like to see them reach out to trans organizations across the country to have a better sense of what’s going on in the movement,” Davis said. “Often HRC works in a silo. It would be great they stepped outside of that to connect and support other organizations.” 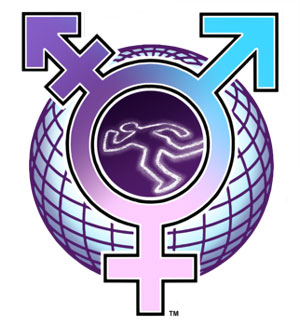 Tackle the Issue of Trans Violence

Violence against the trans community is often ignored by authorities, underreported by victims, or ignored and/or underreported in the media. And since crimes against any minority is usually rooted in intolerance, ignorance or fear it will take an aggressive campaign on HRC’s part to really tackle this issue.

“Our community continues to get killed,” Salcedo said. “[HRC] needs to stand up for us, support legislation and awareness.”

On the awareness front perhaps start a campaign. Telling the stories of trans people, and showing their faces, will go a long to changing attitudes and educating the public.

HRC should also aggressively combat transphobia. For instance the anti-trans community has long used bathrooms as a way to elicit fear from those ignorant of trans people.

“Conservatives have peddled the myth that sexual predators will exploit non-discrimination laws to sneak into women’s restrooms,” writes Media Matters for America, a liberal media watchdog group. “That fear has been an extremely effective tool for scaring people into voting against…protections for transgender people.”

A recent example of this took place in California after the state government signed into law AB 1266, which requires that public schools respect students’ gender identity and makes sure that they can fully participate in all activities, sports teams, programs, and facilities that match their gender identity.

Here is a snippet of how the opposition portrayed the bill saying this “is only 1 of 10 school sexual indoctrination laws that already tell children…that homosexuality, bisexuality, cross-dressing/‘sex changes,’ and heterosexual fornication are good and natural.”

Making people afraid of trans people will only promote violence against the trans community. That’s why it’s important for HRC to combat that fear with education through their vast media resources and supporting other trans organizations.

Griffin called the spate of violence against the trans community a “national crisis.”

Chad Griffin took a huge first step in helping to heal the wounds between the trans community and HRC by offering his apology. Now the hard part comes for the organization — turning those words into actions.

Though Beyer did note that things are already changing at HRC under Griffin’s leadership: “HRC has already taken a number of steps. There really was a change in attitude when Chad took over. I believe he is sincere. He’s shown a commitment toward the trans community.”

But as Griffin noted in his speech: “we’ve got to do even more.”