Actually, There Totally Are Rapists Who Look Like This

An angry college boy is protesting his university’s decision to hold an optional workshop on sexual consent.

When George Lawlor received an e-vite on Facebook for his campus’s totally optional consent class, he was outraged, calling the invitation “a massive, painful, bitchy slap in the face” (nope no misogynistic language there) and “incredibly hurtful”. He wrote an angry editorial about it and included an ill-thought-out image of himself holding up a sign that reads, “This is not what a rapist looks like.”

Bad news, George: That is in fact what a rapist looks like. There are a lot of rapists who look just like you.

You can’t tell who is a rapist and who isn’t based on looks. Rapists look like everybody else. They don’t have horns or scales or other unique physical features that distinguish them from non-rapists (which is a shame, because if they did they would be much easier to avoid).

Just heard back on the UK Society of Big Baby Men regarding their research into what rapists look like. Compelling: pic.twitter.com/gHsK02p3tT 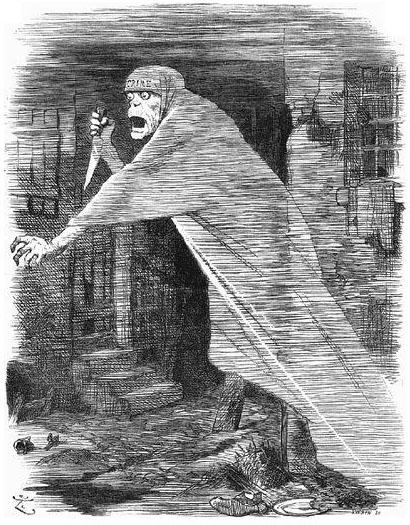 A 2012 CDC report states that the vast majority of rapists are friends, acquaintances or intimate partners of their victims, not mysterious masked demons leaping out of the bushes.

Rapists belong to every culture, every race and every class. Believe it or not, George Lawlor, there are white, clean-cut middle-class rapists.

Serial killer/rapist Ted Bundy is one example. He looked like a respectable, normal man; he was even pretty handsome. He killed at least thirty women.

Jeffrey Dahmer was a clean-cut blonde man who raped, murdered, dismembered and ate seventeen men and boys. He looked a bit like George Lawlor.

Evidently not, considering a quarter of female students experience sexual assault on university campuses in Great Britain. It looks like a lot of people don’t understand sexual boundaries.

And that might not all be malice; some of it may genuinely be ignorance. A University of North Dakota study found that “some men who rape do not seem to classify their behaviors as such.”

An alarming number of people think it’s okay to have sex without someone’s consent if the victim is too drunk to say “no”, or if the rapist paid for the victim’s dinner, or if the rapist and the victim danced together earlier that evening, and so on. They think that wearing a short skirt is as good as giving a person permission to have sex. So, no, consent is not a no-brainer.

At any rate, schools teach students things that should be no-brainers all the time. Health class teaches us that vegetables are good and that cigarettes are bad, facts that should be pretty obvious already.

“You can’t teach rapists not to rape. Consent classes are pointless.”

It turns out you can teach rapists not to rape.

Remember that rapists aren’t robots or goblins; they’re people who make the choice to commit an act of sexual violence. And education can influence that choice.

Anti-rape activists in Kenya launched a campaign called A Moment of Truth designed to teach schoolboys about consent. The program places the responsibility for rape (and rape prevention) on men and fights to eradicate the toxic idea that rape can be justified by the victim’s behavior.

A Moment of Truth was wildly successful. In schools that ran the program, rape by friends and boyfriends dropped by 20%. The boys who went through A Moment of Truth were less likely to sexually assault or harass a girl and more likely to intervene when they saw girls being mistreated.

A few years ago, Vancouver launched an anti-rape public awareness campaign targeted at men. Titled Don’t Be That Guy, the campaign focused on sexual assault involving alcohol and included slogans like “Just because she isn’t saying no doesn’t mean she is saying yes.”

Sexual violence rates in the area dropped by 10 percent within a year. Thrilled with the campaign’s success, the Edmonton police revived it with a new round of messages aimed at preventing sexual assault against men.

“You’re calling me a rapist, you misandrist!!!”

Remember that sexual violence doesn’t just affect women; it affects men as well. A 2012 CDC report states that 1 in 71 men were victims of rape at some point in their lives, and 1 in 20 men “experienced sexual violence other than rape, such as being made to penetrate someone else, sexual coercion, unwanted sexual contact, or non-contact unwanted sexual experiences” that year. Anti-rape measures could protect men from being victimized as well.

Why is George Lawlor so mad?

George Lawlor and his ilk have no rational reason to be offended by a voluntary invitation to a sexual consent workshop. What’s happening here is a reaction to a shift in the way the public talks about rape.

Up to now, rape tended to be thought of as the fault of the victim. The victim was responsible for rape, and potential rape victims were expected to prevent rape by avoiding parties or staying home or dressing modestly. A rape victim who didn’t do those things was thought of at least partially to blame.

Now, thanks to many years of work by anti-rape activists, the conversation is changing. We’ve stopped placing all the responsibility for rape on the victims and are starting to place it on the perpetrators, where it belongs. We’re starting to look at the community’s responsibility in this, too. News stories like the Steubenville High School rape case and the Catholic Church’s sex abuse scandals have forced us to confront our society’s failure to deal with sexual violence appropriately and have pushed us to do better.

These are big, difficult changes that will likely have far-reaching consequences, and big, difficult changes are scary. So it’s understandable for George Lawlor and people like him to be afraid. Unfortunately for him, he’s just going to have to get over it. Women have managed to endure the threat of sexual violence for years and years; surely Lawlor will manage to endure the threat of learning something.

Queer Studies Professors Share Their Favorite Horror Movies of All Time
The Amazing Story of Karl Heinrich Ulrichs and the Birth of Queer Activism
In 1994, RuPaul Starred in This Action Comedy About Stealing HIV Meds
Behold: The Greatest, Most Vicious Book Review Ever Published
English