Written by Alexander Kacala on December 6, 2017
Be first to like this.

Donald Trump’s press secretary Sarah Huckabee Sanders said at a press briefing yesterday that he would have no problem with businesses hanging anti-gay signs that explicitly state they don’t serve LGBT customers.

“The lawyer for the solicitor general’s office for the administration said today in the Supreme Court if it would be [possible] for a baker to put a sign in his window saying we don’t bake cakes for gay weddings,” The New York Times’ Michael Shear asked. “Does the president agree that that would be OK?”

“The president certainly supports religious liberty, and that’s something he talked about during the campaign and has upheld since taking office,” Sanders replied.

When pressed on whether that included support for signs that deny service to gay people, Sanders responded, “I believe that would include that.”

The question was asked amidst a Supreme Court case involving the refusal of a Colorado baker to make a wedding cake for a gay couple.

Justice Anthony M. Kennedy, who holds the crucial vote in the case, asked whether a baker could put a sign in his window saying, “We do not bake cakes for gay weddings.” A lawyer for the Trump administration, which supports Phillips, said yes, so long as the cakes were custom-made.

Justice Kennedy asked, “You would not think that an affront to the gay community?”

.@PressSec says that @realDonaldTrump's support of "religious liberty" would include a baker putting a sign in the window saying, "We don't bake cakes for gay weddings" #MasterpieceCakeshop pic.twitter.com/BES376f2V8

What is the Colorado gay bakery case about?

The case stems from a 2012 incident in which Jack Phillips, owner of the Colorado bakery Masterpiece Cakeshop, refused to create a cake for the wedding reception of David Mullins and Charlie Craig, a same-sex couple who married in Massachusetts but wanted to celebrate with family and friends back home in Colorado.

Phillips refused to bake them a cake based on his religious beliefs against same-sex marriage. As a Christian, he had also refused to make cakes in the past that included alcohol as an ingredient or celebrated Halloween.

The gay couple in this case had not requested any specific design, decoration or message for the cake before Phillips’ refusal. Thus, the couple’s argument is that Phillips refused to serve them purely on the basis of their sexual orientation rather than any message on the cake.

The couple filed a discrimination charge against the bakery with the Colorado Civil Rights Commission — the state has a law barring discrimination in public businesses based on sexual orientation — and they won a victory before the commission and subsequently in the courts.

Now the case is before the U.S. Supreme Court.

A ruling in the Masterpiece Cakeshop case is expected this summer. 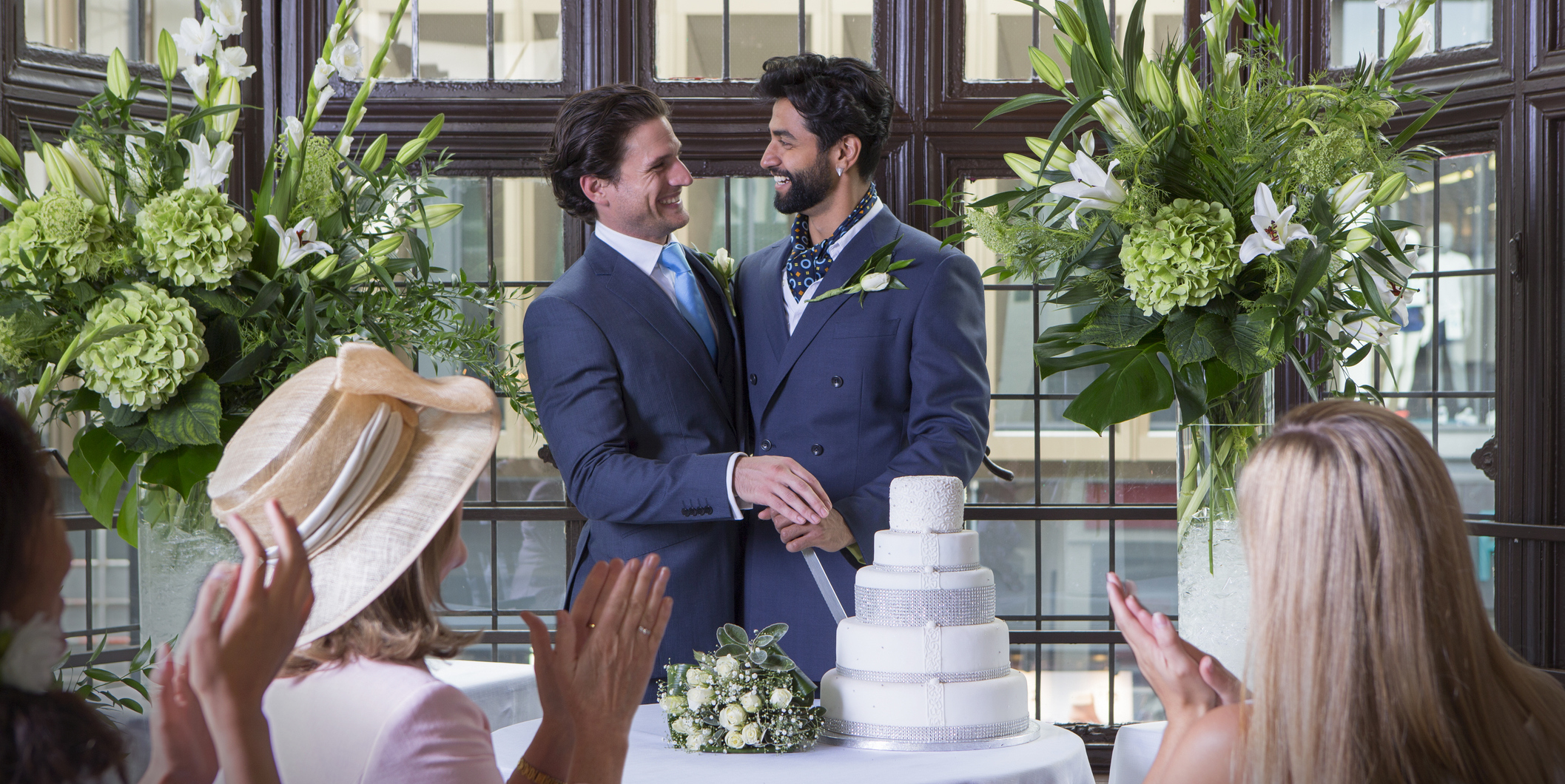 Baker Who Refused to Make Cake for Gay Wedding: 'I Don't Discriminate'
English