Written by Kevin Farrell on February 24, 2011
Be first to like this. 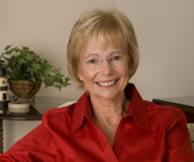 The Maryland Senate is all but poised to sign full marriage equality for LGBT citizens into effect, with the 24 votes to do so already confirmed from the state’s senators. Change is coming, y’all.

This of course didn’t stop Senate Minority Leader Nancy Jacobs from speaking out against the bill and just straight up insulting our intelligence.

She tells the Baltimore Sun:

“We all love our gay friends in the House and the Senate,” Jacobs said. “I hope and pray that this does not get personal and does not get taken personally.”

Ohhhhh OK. You are actively fighting to prevent gays and lesbians from access to their full equal rights, your political work endangers gay couples raising children together, you actively discriminate against an entire swath of people – but it’s not personal? Not only that, but you love us?

I see. Good luck keeping your job after marriage equality is made law in Maryland, and you are seen for what you are – a homophobe legislating to strip her constituents of their rights.

What do you think of politicians who vote to strip gays of their rights, but say it’s not personal?