The case of Damian Furtch being beaten by a man that claims to be gay has us thinking about the nature of homophobia and what it all means.

David Badash over at The New Civil Rights Movement, points to this recent tweet by Lt. Dan Choi: 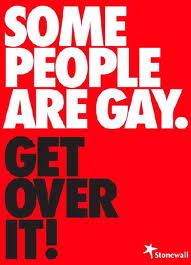 With the rash of self-hating, homophobic congressmen that come out as gay only after voting away gay rights, the proof is in the pudding.

Homophobia is rooted in 1) a lack of understanding of someone different than you, and 2) a latent internal homosexuality that an individual is trying to repress, thus result in outward aggression, violence and hatred.

People who hate gay people with a passion have something inside of them that scares them. Whether it is a same-sex desire of their own, or a deep-rooted fear of our community, it is something that tortures them and leads them to act out towards gays.  We try to come at this from a place of compassion and understanding, but it’s hard.

A landmark 1966 study published by the American Psychological Association suggested that:

Homophobia is apparently associated with homosexual arousal that the homophobic individual is either unaware of or denies. Generally, these varied explanations conceive of homophobia as one type of latent homosexuality where persons either are unaware of or deny their homosexual urges. These data are consistent with these notions.

So yes, all of those anti-gay bullies, congressman and hate-mongers? Probably gay. Or at least insanely insecure about their own heterosexuality!

What it comes down to is creating a society that is open and accepting of all stripes of people, and that supports and encourages them in their diversity. Projects like the Stand Up! Against Homophobia campaign are great, because they show the most vulnerable – the youth – that it is ok to stand up for your gay friends and to stand up against bullying.

This will create a more healthy society that will kill homophobia and fear of the Other before it even has a chance to take root.

Movie Musical 'Everybody's Talking About Jamie' Is a Flashy and Fun Ode to Non-Conformity
Heavy Is the Wig That Wears the Crown: An Oral History of the Miss Gay America Pageant
Nice Abs, Bro, But Where's Your Face? 4 Tips to Taking the Perfect Profile Pic
This 2015 Clip of Chris Hemsworth Is All the Proof We Need That He’s the Best Dad Ever
English