During a televised speech this weekend, Zimbabwe President Robert Mugabe said that the U.S. government can keep the $1.6 billion it pledged to help fight hunger in the country following a recent drought if the money was tied to gay rights.

He said, “If aid, as I understand, is to be given on that basis — that we must accept the principle of gay marriages — then let that aid stay where it is… we don’t want it; it’s rotten aid, filthy aid and we don’t want anything to do with it.” So he’d rather let his people starve than allow same-sex couples to legally love each other. Got it.

Granted, this rhetoric is nothing new for Mugabe. He has called gays and lesbians “worse than pigs and dogs” (wow, is he friends with Manny Pacquiao?), and last September during a speech to the UN, he shouted “We are not gays!”

Mugabe got laughed at when he said that — not just because of his outdated, backward views on homosexuality, but because they know the truth… Zimbabwe is totally gay — it even rhymes with “gay”! Here’s 10 ways he and his country are totally gay as balls:

This summer, Robert Mugabe proposed to President Obama! Sure, he says he was making fun of us for marriage equality, but look at his quote:

I’ve just concluded since President Obama endorses the same-sex marriage, advocates homosexual people and enjoys an attractive countenance – thus if it becomes necessary, I shall travel to Washington, D.C., get down on my knee and ask his hand.

Aww, who knew he was such an old-school romantic!  Sure, he followed that up with stuff like “I can’t understand how this people dare to defy Christ’s explicit orders as our Lord prohibited mankind from sodomy,” but methinks he doth protest too much, if you get my meaning… and I think you do.

2.Homosexuality is a actually a Zimbabwean tradition

One of the common tropes from Mugabe and his homophobic friends is that homosexuality is un-African. As it turns out, but homosexuality was common in pre-colonial Zimbabwe. From The Dictionary Of Homophobia: A Global History of Gay & Lesbian Experience:

Historian Marc Epprecht uncovered evidence that, since the beginning of Rhodesian colonization, simple villagers who had never had contact with Westerners were condemned for homosexuality; and research by psychologist Marc Carlson revealed that homosexuality as a tradition is present in 122 tribes in Zimbabwe.

Not just that, homophobic attitudes came from the European colonialists from the early 20th century. Dr. Munya Munochiveyi writes:

In Rhodesia [the colonial name for what is now Zimbabwe], for example, homosexuality was actually criminalised through such laws as the Immigration Act of 1914 that prohibited anybody practicing prostitution and homosexuality from entering the colony – a clause kept on the books until 1980. Colonialism was single-handedly responsible for the evolution of new sexual ideas among Africans, including homophobia. In fact, the extreme homophobia of Zimbabwean nationalist leaders during the 1960s and beyond had its origins in their colonial Christian schooling and middle-class aspirations of seeking bourgeois respectability.

3. The Zimbabwean government is weirdly obsessed with gay activists

For a country that Mugabe says isn’t gay, they sure have a lot of fear about gay activists. In one article Makhosini Khumalo, CEO of the group Africa Against Western Influence and Interference, says “gay and lesbian groups [are] mushrooming in the country”. In fact, they’re not — the most prominent is the Association of Gays and Lesbians in Zimbabwe (GALZ). GALZ is so prominent, in fact, that googling for “LGBT groups in Zimbabwe”, as well as other similar queries, only brings up references to GALZ.  GALZ has been a frequent punching bag for Mugabe and company since their founding in 1989…. often literally.

Zimbabwe has an annual drag pageant, usually held at the end of ZimPride week. Officially a beauty contest and organized by GALZ, Miss Jacaranda (alternately known as the Jacaranda Queen) is held clandestinely: The 2013 pageant was held in an isolated farmhouse outside of Zimbabwe’s capital Harare, and the event is promoted only by word of mouth and social media. In fact, it was a drag queen, Kudah Samuriwo, who helped form GALZ.

5. Mugabe’s got his own fashion label. 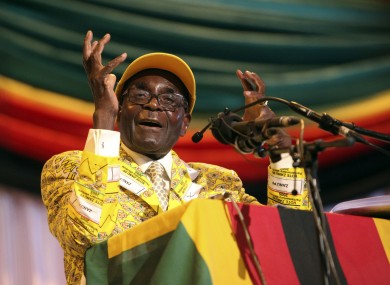 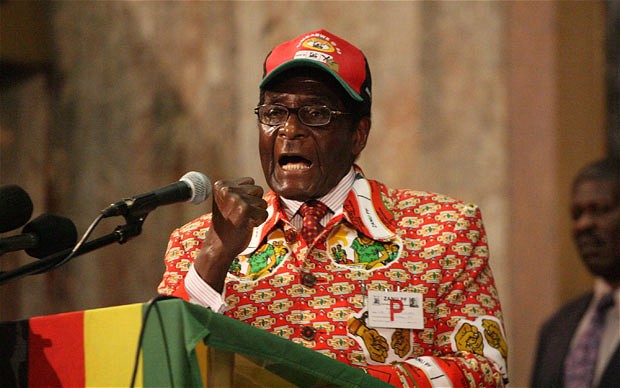 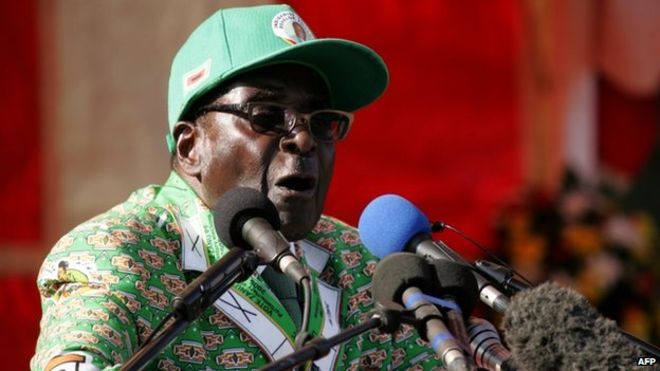 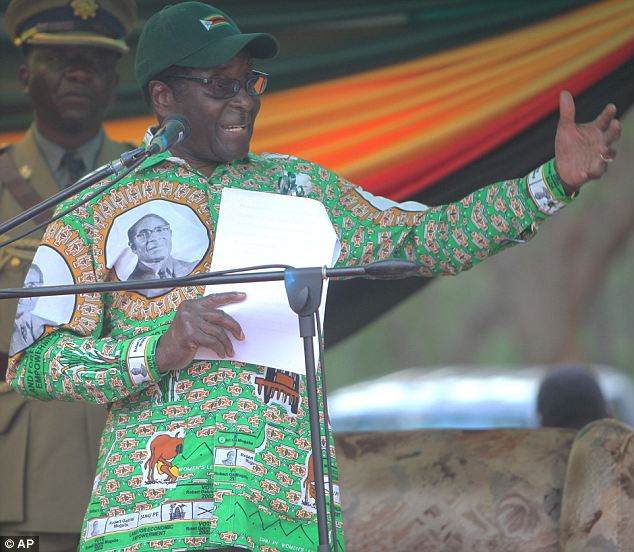 Nelson Mandela, the late leader of South Africa who brought down apartheid, is rightly thought of as a hero by everyone. Everyone, that is, except Robert Mugabe. Mugabe is jealous that Mandela became the power player of Southern Africa, known for many things, including being a gay rights icon for his work towards equality. So, as the anti-Mandela, Mugabe has run to the side of rabid homophobia, making things worse for everybody.

7. An LGBT group took Mugabe to court — and won!

One of GALZ’s early victories was in 1996, when when they challenged Mugabe on his decision to ban them from the Zimbabwe International Book Fair. The case went before the Zimbabwe High Court, who sided with GALZ. Unfortunately, the victory didn’t last; intimidation of LGBTQ citizens increased, and the Minister of the Interior banned them from the book fair anyway.

8. Mugabe uses the word “Gay” as an insult… which is sooooooo Gay.

Mugabe referred to Tony Blair’s government as being full of “gay gangsters”. Honey, only two types of people use “gay” as an insult: Bro-douchebags and gays… and you don’t look like you’ve been in a frat lately.

In 1987, Robert Mugabe was elected president; his predecessor was Rev. Canaan Banana. Banana and Mugabe were close; Mugabe was Banana’s Prime Minister. Almost ten years after Banana left the office, it was revealed that Banana had used his position to sexually abuse and rape at least 11 male members of his staff. Not just that, but Mugabe both knew what was going on and actively worked to keep it quiet. Banana went to jail for his crimes… for one year.

During one of his homophobic rants, Mugabe said:

But, as it turns out, there’s all sorts of cute queer animals! Like these adorable gay penguins:

And it’s not just penguins — in fact, all three animals on Mugabe’s list, goats, cows and donkeys have all exhibited homosexual behavior. So are his other favorite animals to compare LGBTQ citizens to, dogs and pigs. So, hey… what if Mugabe knows, and he’s just speaking in code to throw people off? I ain’t sayin’, I’m just sayin’.

'Moffie' Offers a Queer Take on the Brutality of 1980s South African Apartheid
These LGBTQ Cosplayers Blend Fandom With Queer Self Expression
When Gays Bash Back: The Story of Rev. Broshears and the Lavender Panthers
A List of 25 People, Products and Companies American Conservatives Have Tried to 'Cancel'
English