Written by Daniel Villarreal on August 1, 2017
Be first to like this.

In the United States, the competitive reality TV show Survivor has been going on for 34 seasons, but the Australian version of the show has only been going on for three seasons. So why have Australian viewers already been lucky enough to see naked man-on-man wrestling in their version while American viewers have to settle for homoerotic bromance and outing trans people? Oh, American Survivor… how you disappoint us.

The action went down in the latest episode of Australian Survivor when competitors Locklan “Locky” Gilbert and Mark Whales faced off in a reward challenge.

The challenge required both men to slip down a water slide and place a ball into a goal zone. It sounds simple enough, but mid-slide, Whales grabbed Gilbert’s underwear in an attempt to hold him back and ended up stripping them clean off of Gilbert, leaving them dangling in a wet ring from his ankle.

The two then began grappling — Whales in his wet swimsuit and Gilbert butt-naked — as they fought for the ball. It was a moment of athletic softcore as Whales tried to dominate Gilbert and steal his slippery ball, both men’s muscular, shirtless frames glistening in the water and getting dirty with sand — oh so dirty.

Gilbert eventually triumphed, but not before Whales planted his chin (and nearly his face) square between Gilbert’s buttocks in a final desperate attempt for love, errr, we mean victory. If you want to watch video of the entire ordeal, head here.

Competition can make men do desperate and dirty things

In addition to wrestling nude for balls on national television, Gilbert is also a regular adventurer who enjoys all manner of outdoor sports and leads adventure tours in Bali. He also posts photos of his adventures on Instagram, including this tasteful parting shot. 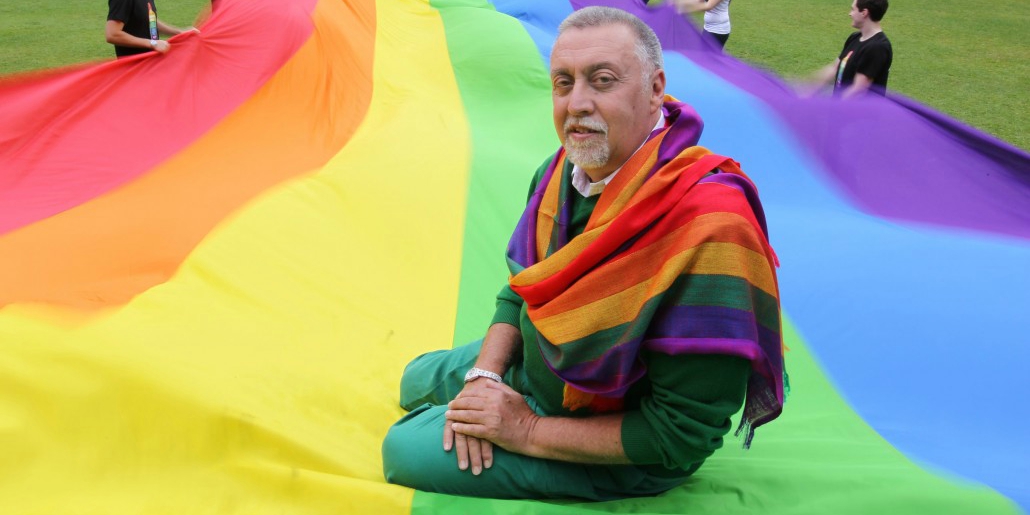