Jealousy may unfortunately be part of the human condition — perhaps it’s only natural. Julie Maroh — the French artist best-known for creating Blue is the Warmest Color, the lesbian graphic novel which was later turned into a critically-acclaimed film of the same name — has just released a Back at Dawn comic story that looks at a flareup of jealousy between two nameless gay men when one has dinner with his ex. 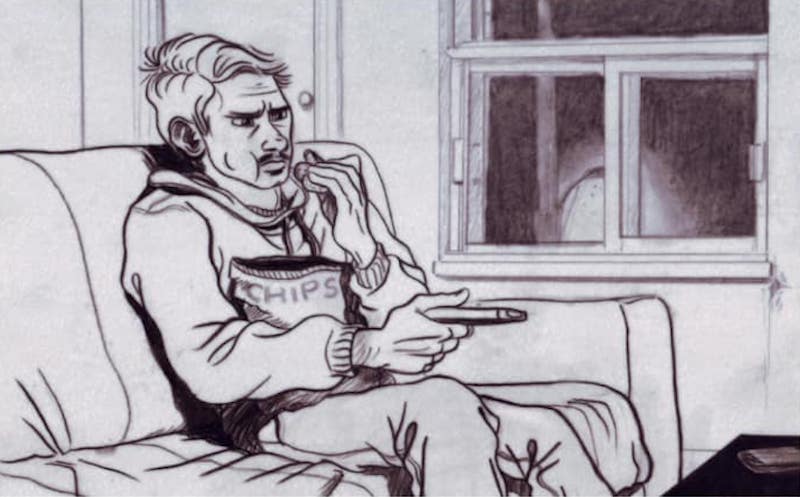 The comic opens with a man from Montreal on his couch angrily eating potato chips while watching TV. The man then has a fantasy of a news report reporting his death by choking on chips.

At this point we start to find out why he’s so irritated. The fantasy newscaster explains, “He was extremely upset that his partner could not be reached on his cell phone.” The newscaster adds that said partner is out to dinner with his ex. The anchor editorializes: “Suspicious indeed! Any one of us would choke on potato chips too if it happened to us!”

The fantasy broadcast then cuts to an interview with the “traitorous partner.” The man “watching” the fake broadcast initially envision his partner as apologetic — but soon he imagines him as a callous flirt. 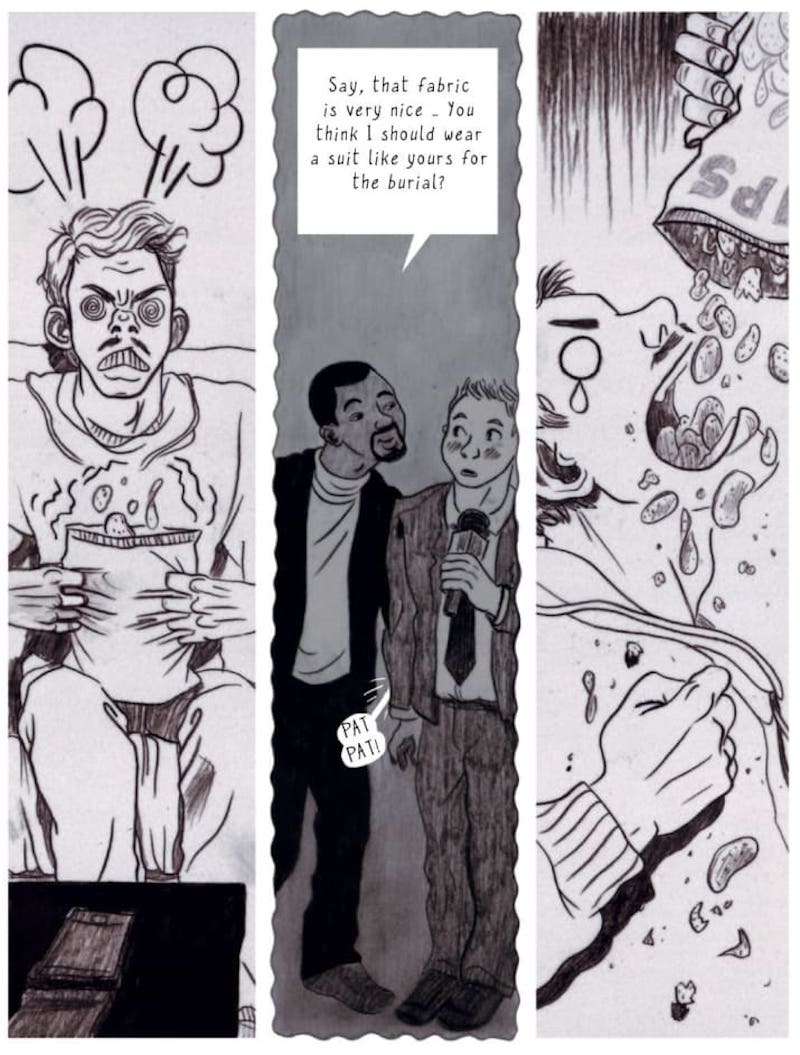 At this point, the real partner finally comes home drunk and laughing. We find out that the ex in question was a woman, partially explaining the man’s insecurity. We won’t spoil much more, but it does have a happy ending.

The black and white art is gorgeous. Maroh has a gift for expressions. Her characters’ faces are an absolute joy to look at — especially as she goes from detailed work in closeups to more expressionistic, cartoony takes on the characters’ emotions.

You can read the full Back at Dawn comic at Buzzfeed.

On the 43rd Anniversary of His Murder, Let's Honor and Remember Harvey Milk
These Are the 3 Questions I'm Asked Most Often About My Long Distance Relationship
Straight Men Were Asked to Name the Strangest Thing They've Been Told Was "Gay"
Let's Play a Game Called 'Communist Propaganda Posters or Gay Couple's Vacation Pics?'
English