Written by Alexander Kacala on April 13, 2017
Be first to like this.

Bad Apple Boylesque, an all-male burlesque troupe, has established itself as a leader in New York’s queer theater scene.

Justin Heim (Apollo Dioni) and Bradford Wakefield (Don Chipotle) established the troupe in 2015 after coming to New York City from North and South Dakota respectively. Struggling to find their place in the overwhelmingly competitive landscape, one memorable conversation during a drunken night sparked an idea for the two dreamers: build it yourself and they just may come.

Performing roughly every other month, the beddable boys of Bad Apple take over the stage at The Triad Theatre. The vaudeville-style venue with a proscenium and red velvet curtain is in the Upper West Side neighborhood of Manhattan. Steps away is where Bette Midler got her start in the baths of The Ansonia in 1970. Today, she headlines Broadway’s Hello, Dolly!, proof hard work pays off for dreamers like Midler, Wakefield and Heim.

We chatted with Wakefield before their next show on April 14. During our chat, we got details on why the boys throw on their jocks, dressing room decorum, their competitive edge and if blow jobs are allowed between performance numbers.

Why did you decide to start Bad Apple Boylesque?

Apollo Dioni and I love New York City nightlife. We lived here together for about a year and a half and we realized that we weren’t doing what we came here to do which was to be artists. We knew what we wanted to create but we had no money and no idea how to put together an hour and a half show. Ultimately, we cast the coolest guys, threw on some jockstraps and said, “We don’t know if this is right or if this will make any money but this is how we’re doing it!” A year and a half later we still find ourselves saying the same thing.

What is the thing that makes Bad Apple different than other boylesque troops?

Homo Erectus and Cirquelesque are both such amazing troupes that we found acquiring our style somewhat daunting. Then, when we cast all these different personalities, most of whom had never done burlesque before. We discovered they all had they’re own idea of what burlesque is. The boys are so creative that we don’t want to keep them in a box or tell them what burlesque is. They get to decide. And we’re maybe a little hairier.

What can audience members expect from one your shows?

Hilarity, absurdity, butts and six packs. The show is different every time and more than anything people can expect to have fun! Sit in the Splash Zone for extra fun.

Are the boys allowed to sleep with each other?

We tell them they can’t but I have a sneaky suspicion that a few have broken that rule.

What is the dressing room like before, during and after one of your shows?

You would think that we’re backstage oiling each other up and waiting patiently for the show to start but most of the time I’m a giant, anxious wreck. Someone needs help painting their butt crack. And it smells like the most smelly boy smell possible. I’m not backstage a lot because I’m hosting but I know that all the guys are very focused and they’re usually talking about sex and RuPaul’s Drag Race.

What’s next for the boys of Bad Apple?

The boys are clearly impressing people because they’re getting hired pretty frequently for non-BAB shows. We have some private gigs coming up so we’re taking a break from The Triad for the summer but we most certainly are available for birthdays, bachelor/bachelorette parties and seances. Also, we’re open to the possibility for rich, daddy investors to have us replace Britney Spears’s residency in Las Vegas.

For tickets to the next Bad Apple Boylesque show on April 14, visit here.

You Can Now Listen to Bette Midler's Brilliant and Brassy Vocals in 'Hello, Dolly!' 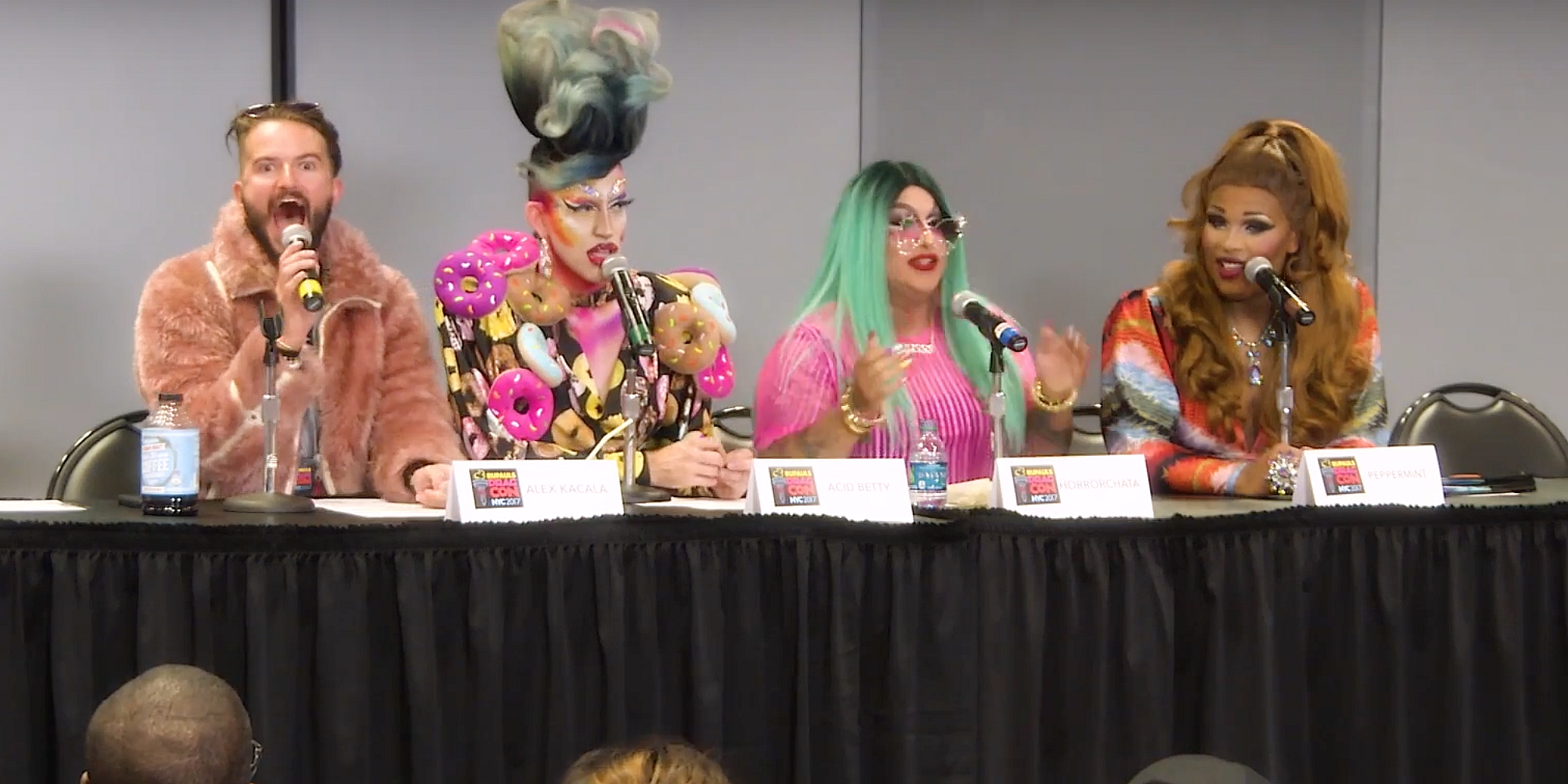