Written by Stephan Horbelt on May 3, 2017
Be first to like this.

The hedonistic playground known as Berghain — the world’s most famous techno club, found in Berlin — is also one of the globe’s most restrictive. Stories abound concerning the difficulty of actually making it into the (newly) three-level space, formerly a power plant. It’s not unusual for patrons to wait an hour or more outside the club, only to be rejected before entry by its infamously tough doormen, relegated to trying again another night. It’s the club’s carefully curated clientele — along with a strict no-photography policy once inside — that make the Berghain permanent art gallery one of the world’s most exclusive.

RELATED: The Gay Man’s Guide to Berlin, Germany’s Most Diverse and Dynamic Destination

After all, the only way to get a glimpse of the artwork adorning the inner walls of Berghain is to step foot in the club yourself.

This past weekend, as part of Berlin Gallery Weekend, König Galerie hosted an exclusive invite-only event to celebrate the club’s latest installation. It was the unveiling of Norbert Bisky’s Vertigo (2017), which was placed in the club’s recent ground-floor addition, Säule. It reportedly replaced a mural by Piotr Nathan called Rituals of Disappearance that was removed and sold in individual pieces in the spring. It was sold one square at a time to ensure no one could ever own the complete mural.

One of Joseph Marr’s Berghain Prints

Bisky — a contemporary artist who grew up in East Germany and who currently calls Berlin home — considers himself a conceptual artist. He typically works from Polaroids, reinterpreting and transforming the source photo into something entirely new. Often featuring queer themes, his work is playful in its use of color.

RELATED: Will Berghain Remain the World’s Filthiest Queer Club After Opening a New Floor in March?

Other artists whose work can be found inside include German photographer Wolfgang Tillmans and Joseph Marr, whose work spans disciplines including sculpture, video and collage. Marr’s series of digitally printed 3-D photographs dubbed the “Berghain Prints” is previewed above. (View more of them here.)

Will Berghain Remain the World's Filthiest Queer Club After Opening a New Floor in March? 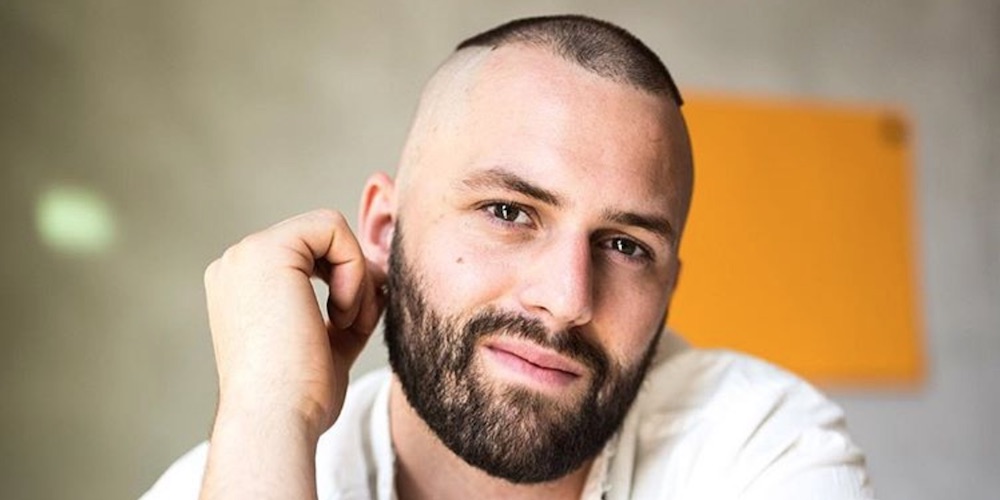 2017 World Outgames: Despite Only 2,000 Registrants, the Games Will Go On
English