Bigot Resigns From Job, Rather Than Sign Gay Marriage Licenses 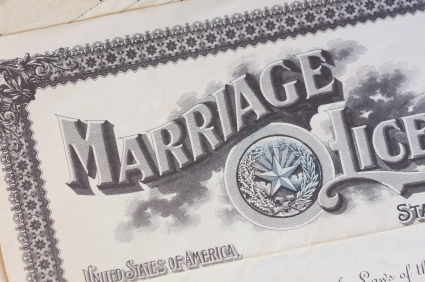 Was it something we said?

“The Bible clearly teaches that God created marriage between male and female as a divine gift that preserves families and cultures. Since I love and follow Him, I cannot put my signature on something that is against God,” she wrote in her resignation letter, which was posted last night on the New Yorkers for Constitutional Freedoms’ website.

Fotusky is the first clerk to resign over the issue, but Jason McGuire, executive director of the anti-gay-marriage group New Yorkers For Constititutional Freedoms’ predicted, “This is just the tip of the iceberg.” He said the law should have exempted clerks who because of their religious beliefs do not want to recognize same-sex marriages.

“I would be compromising my moral conscience if I participated in the licensing procedure. Therefore, I will be resigning as of July 21. I wanted you to know my position as I understand the marriage law goes into effect on July 24,” Fotusky said in her resignation letter. “It has been a pleasure and privilege to serve the Town as Barker Town Clerk.”

Don’t let the door hit your ass on the way out, Fotusky.

(via Politics on the Hudson)