Is Your Favorite Male TV Character One Of These 8 Bisexuals?

Written by Harrie Farrow on September 23, 2016
Be first to like this.

Nolan Ross — our favorite billionaire computer hacker in ABC’s drama series Revenge — has taken us through the emotional wringer. At first he came off as a cold villain ready to thwart the protagonist’s vendetta. But then he gradually became her ally, willing to hack any phone or computer on her behalf. Finally, he ended up walking her down the aisle at the end of season three. Now he’s our favorite character and one of the most nuanced bisexual roles on TV.

While some television shows such as Game of Thrones have portrayed bisexual men as masters of manipulation, others such as Holyoaks can’t seem to acknowledge a character’s obvious bisexual behavior at all. It’s not uncommon for programs to highlight bisexual men as extreme sicko psychopaths — such as T-Bag the pedophile rapist on Prison Break and Kris Keller on Oz whose pastimes include rape, murder and torture. Sometimes an apparent bisexual is revealed to actually be a confused gay man, such as Blain on Glee.

No matter how positive the bi community finds the limited number of bi male characters sprinkled across the television world, TV has at least given us a few really very interesting bi men.

Here’s a look at the eight most intriguing among them and why these characters — flaws and all — are so captivating.

Why He Rocks: Though originally portrayed in Hollyoaks as heterosexual, Craig Dean eventually develops feelings for his buddy John Paul McQueen. While McQueen — who initially is closeted and hiding his love for Dean — soon comes out as gay, things don’t go quite so easy for Dean.

Perhaps one of the clearest examples of bisexual erasure on TV, this conflicted teenage character is portrayed as unequivocally having attractions for both a man and a woman, yet he never considers the possibility of bisexuality. Instead, Dean expends a great deal of energy trying to decide if he’s gay or straight.

Turmoil and drama reign as Dean just can’t come to grips with the idea of getting involved with his gay friend, despite how much he wants to because he isn’t gay, and feels very deeply about his girlfriend.

Intense levels of angst, confusion and un-stoppable love all come across in the heart-wrenching scene of Dean and McQueen’s first sexual encounter. Tragically, this scene culminates in a display of internalized homophobia. Dean goes from trembling with an inability to any longer withhold his desire for McQueen, to spiting the f-slur in his beloved’s face after the fact.

Dean’s character has prompted much reaction and interest from fans of this multi-award-winning show, including forum discussions such as one that began with “I know this was ages ago, but is Craig Dean actually now gay?” and another with a very endearing journal synopsis of the couple’s romance.

Show: Oz, a prison drama that premiered on HBO in 1997 and ran for six seasons.

Why He Rocks: In Oz we get to journey with Tobias Beecher as he goes from living as a married heterosexual to being sexually assaulted in prison and eventually falling in love with another prisoner, bisexual Chris Keller.

Oz’s seemingly innumerable graphically violent scenes – for example psychopathic Keller finds it necessary to brutally slay the lovers Beecher takes on during a break up — are tempered by tender loving moments between the two, such as a parting kiss after Keller’s confesses to a crime he did not commit in order to protect Beecher.

In a 2007 look-back, media critic Michael Jensen wonderfully summed up the show’s beauty:

“Premiering before Will & Grace or Queer As Folk, and running until 2003, Oz would arguably go on to do better than either of them in showing the full spectrum of male sexuality. The drama convincingly portrayed the myriad ways sexuality could be expressed between men whether gay, bi or straight. It would also give viewers one of television’s most memorable male/male relationships in the long-running, powerful and complex romance between prisoners…”

Oz’s creator, Tom Fontana, was also the co-executive producer for Homicide: Life on the Street which also features a character on this list. 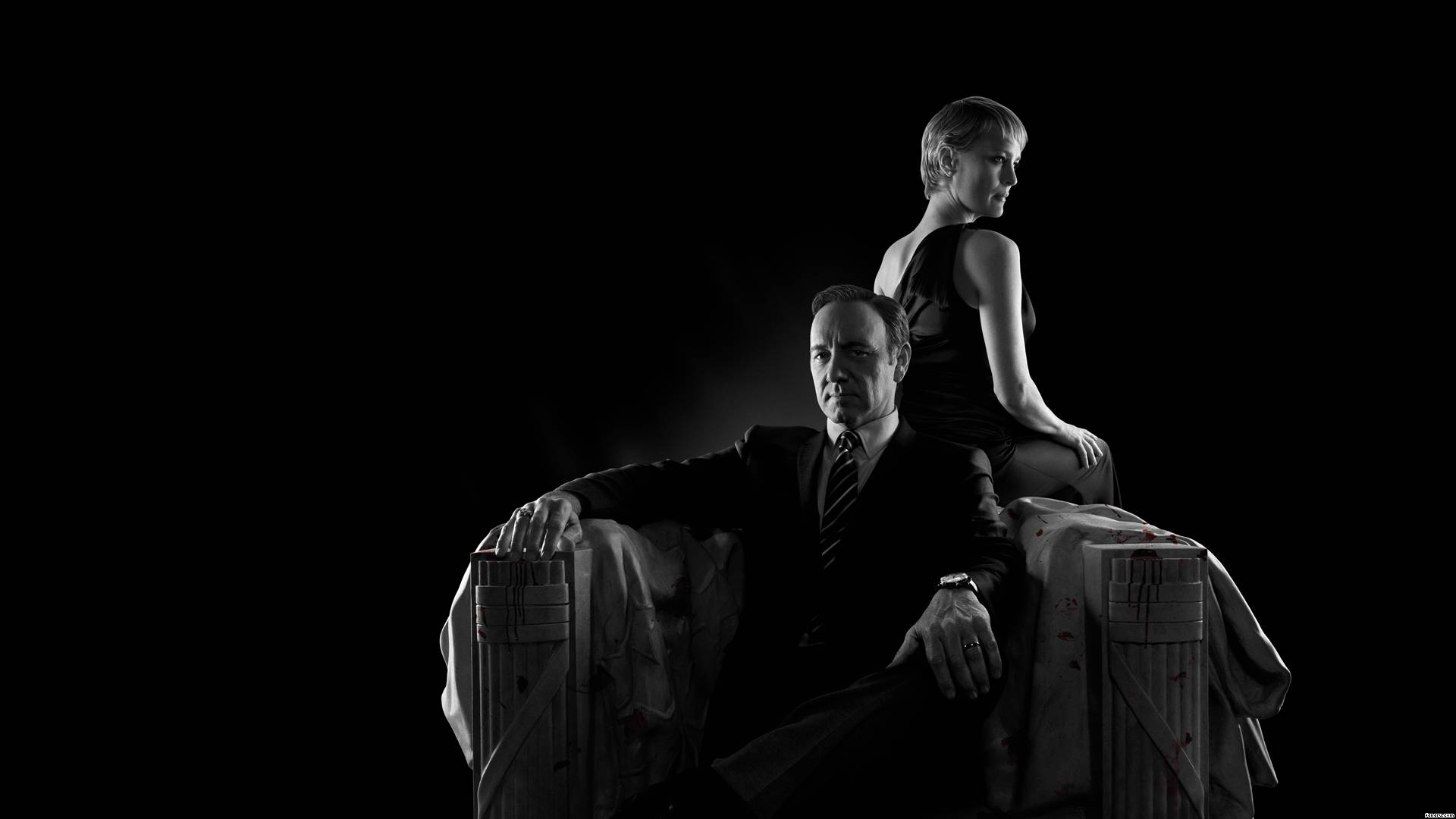 Show: House of Cards, a political drama that premiered on Netflix in 2013

Why He Rocks: Though House of Cards has yet to directly address Frank Underwood’s sexual identity, he comes across as a strong masculine man who is unashamedly and unabashedly bisexual. His calculating and manipulative mindset controls much of the show’s action, yet Underwood is still portrayed as fully complex and nuanced.

Seeing bisexuality portrayed by a character in his 50’s (when so much television focuses on the sex lives of young adults), creates an additional refreshing quality to the show.

Show: Game of Thrones, a fantasy drama on HBO that premiered in 2011; Martell is a major character in the show’s 2014 season.

Why He Rocks: “When it comes to love, I don’t choose sides.” An undeniably masculine man declaring unequivocally his attractions to both men and women — right there on our TVs!

Also not the least bit shy in how he goes about expressing these desires, we’re first introduced to Prince Oberyn with a scene where — after helping his girlfriend pick out a whore for herself — he orders a reluctant male prostitute to remove his clothes and then grabs him by the crotch.

Pedro Pascal explained about the character he portrays in Game of Thrones:

“The Red Viper enjoys life. He does not discriminate in his pleasures. This is the way he understands life, to live it to its fullest. And to limit yourself in terms of experience doesn’t make any sense to him — what’s beautiful is beautiful… He’s a lover and a fighter. He’s going to do it, everything, to its fullest… it literally doesn’t make any sense to deny yourself something beautiful, whether it is wine or food, a man or a woman.”

Though this philosophy feeds into the stereotype of bisexuals being indiscriminate, it’s at least non-apologetic and affirming. Many of us also may find it difficult to argue with his notions that life should be lived to the fullest, and that “what’s beautiful is beautiful.”

Show: Torchwood aired on Starz from 2006 to 2011, Doctor Who has been on various BBC Channels since 1963. The Captain Jack character first appeared in a strong role in the 2005 season of Doctor Who then became the central character in the adult-themed science-fiction series Torchwood, though he still makes Dr. Who guest appearances in later seasons.

Why He Rocks: A much adored, long running, character on mainstream British television, Captain Jack Harkness, even has his own action figures! One has to marvel at how the show’s creators managed to pull all this off, years ago, with a bisexual male character.

“I thought: ‘It’s time you introduce bisexuals properly into mainstream television.’” As the interview continues, he explains, “The most boring drama would be… ‘Oh, I’m bisexual, oh my bleeding heart’ nighttime drama. Tedious, dull. But if you say it’s a bisexual space pirate swaggering in with guns and attitude and cheek and humor into prime-time family viewing: that was enormously attractive to me.”

Writer, Steven Moffat tells us, “It felt right that the James Bond of the future would bed anyone. [Captain Jack is] far too busy saving the universe to worry about which brand of genitals is best.”

John Barrowman, the actor who portrays Harkness, says about his character, “I think audiences just get Jack because he’s honest … to finally see a character who doesn’t care who he flirts with, I think is a bit refreshing.”

Indeed, the fun, adventurous matter-of-factness about Harkness’s sexuality has kept his character acceptable and appealing to fans of all orientations.

Show: Halt and Catch Fire, an AMC period drama that premiered in 2014.

Why He Rocks: As with House of Cards and Torchwood, ruthlessness and quests for personal gain intricately interlace with many of the sex scenes in Halt and Catch Fire. However, while bisexual lead character, Joe MacMillan does use sexuality as a tool of manipulation — for example, when he seduces the boy toy of a businesswoman he feels threatened by — his relationships with other men and women clearly display authentic attraction as well.

We get to go on the roller coaster ride of emotionally-controlled Joe slowly losing a battle (with himself) not to fall in love with his female colleague Cameron. We then learn through a conversation that that Joe once had a similar relationship with a man.

The storyline takes place during the personal computer boom of the early 1980’s. What was then still a mysterious plague makes its appearance on the show the same way it did in so many lives at that time. A a simple yet poignant reveal by a one-time-lover needing to say goodbye because he’s become ill, subtly recalling the heartbreak and trauma of the era.

Show: Homicide: Life on the Street, a fictional representation of the Baltimore Police Department’s Homicide Unit that ran on NBC from 1993 to 1999.

In Tim Bayliss we have a deep, multifaceted character with deep, multifaceted issues, one of which happens to be the fact that the good detective realizes he’s attracted to both men and women. Just like with many real world bisexuals, he’s not exactly nonchalant about this fact, but not freaked out either — he’s just trying to make sense of it all.

Phenomenally, scenes of Detective Bayliss’ coming out as a man attracted to men and women aired on Homicide: Life on the Streets in 1998. No, that’s not a typo. Really, 1998! To put that in perspective, this was eight months after Ellen’s coming-out episode and also eight months before Will & Grace premiered.

In this Emmy award-winning police drama, we see Bayliss come out to a potential girlfriend in a touching scene which actually culminates in her being very understanding.

In another scene, Bayliss admits to his detective partner that he’s accepted a date with a gay man. In a provocative exchange, where Bayliss has been challenged by a potential female date to describe his sexuality, he responds, “Interested in the beauty and wonder of the universe… umm… open to all the various complexities and possibilities of existence – bi-curious.”

Harrie Farrow is the author of the bisexual themed novel, Love, Sex, and Understanding the Universe. She’s a bisexual activist who combats biphobia on Twitter as @BisexualBatman and writes a blog about bisexuality. She also writes The BiAngle column for the regional LGBT newspaper, The Gayly.

Our 10 Favorite LGBTQ Games Featuring Gender and Sexual Inclusivity
Is 'In the Heights' a New Low for Movie Musicals?
These Hornet Users Had Our Favorite Posts of the Past Week
I Joined a Gay Men's Wrestling Group and Learned a Lot About Myself
English