Picture this: 100 acres of gay oasis in Rancho Mirage, California. The ten architectural firms collaborating on the city of tomorrow are building with gays in mind, but straight allies are welcome too.

The town is to be pedestrian-oriented, so you can leave your gas-guzzling SUV at your second home. 300 residences – from one to four bedrooms, condos to townhouses – will be built across eight distinct neighborhoods. Boutique hotels, gyms, spas, nightlife, and plenty of outdoor social space will contribute to the futuristic feel of the planned city. 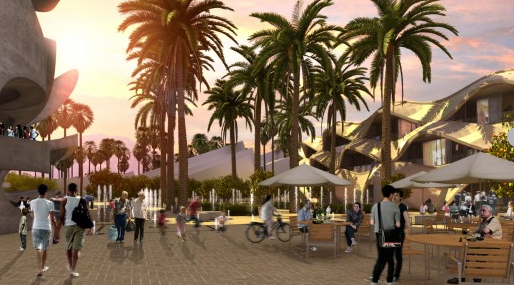 But what to call a city full of homos? Apparently, you call it BOOM.

Property in Boom will be priced to cultivate a cross-generational collection of citizens. The old and young, rich and um…less rich, will live amongst one another in the gay mecca. 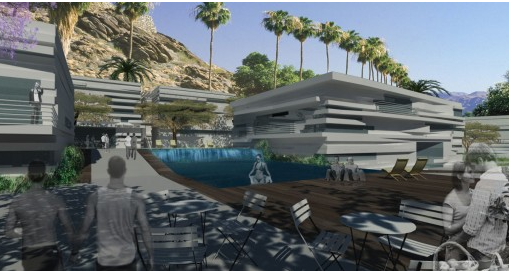 The question of course is whether this will appeal to anyone. Variety is the spice of life, after all. We love our gay neighbors and friends, but we might smash a bottle of vodka over a counter top and get awfully stabby if we had to live in a town that only catered to gays. How many Ke$ha remixes can one stand to hear in a single day really?

What do you think? Does Boom sound like gay paradise or a homo nightmare to you?