Written by Terri Washington on August 4, 2015
Be first to like this.

Felippe and Marlon took to the streets of Sao Paulo wearing shoes, gloves and nothing else. The couple — with the help of photographers Fabio Lamounier and Rodrigo Ladiera — posed nude to protest homophobia in Brazil. The resulting photos show the couple pictured on the empty streets of Paulista Avenue holding hands and embracing — startling, brave, bold and bodacious.

Many Brazilian states have anti-discrimination laws for LGBT citizens, and he country has allowed same-sex marriage since 2013 and LGBT military service since 1969. Also, the country’s capital Sao Paulo holds the world record for the largest LGBT Pride parade. Nevertheless, the International Gay and Lesbian Human Rights Commission has rated Brazil as one of the countries where the largest amount of gay people are murdered; the country’s largest gay organization Grupo Gay da Bahia says that every two days, an LGBT Brazilian person gets murdered in an LGBT-phobic attack.

In a joint statement released through the nude male photography site chicos.cc, the couple says, “We have to be utopian and rethink a city naked of its prejudices, lovable even under the gray sky; complete just because of the differences, and respectful cause of the diversity. It is to be one day.”

Their nudity and the emptiness of the street is a metaphor for stripping something down to its bare minimum with no prejudice or discrimination, representing the vulnerability, fragility and beauty of just being.

Check out their revealing photoset below: 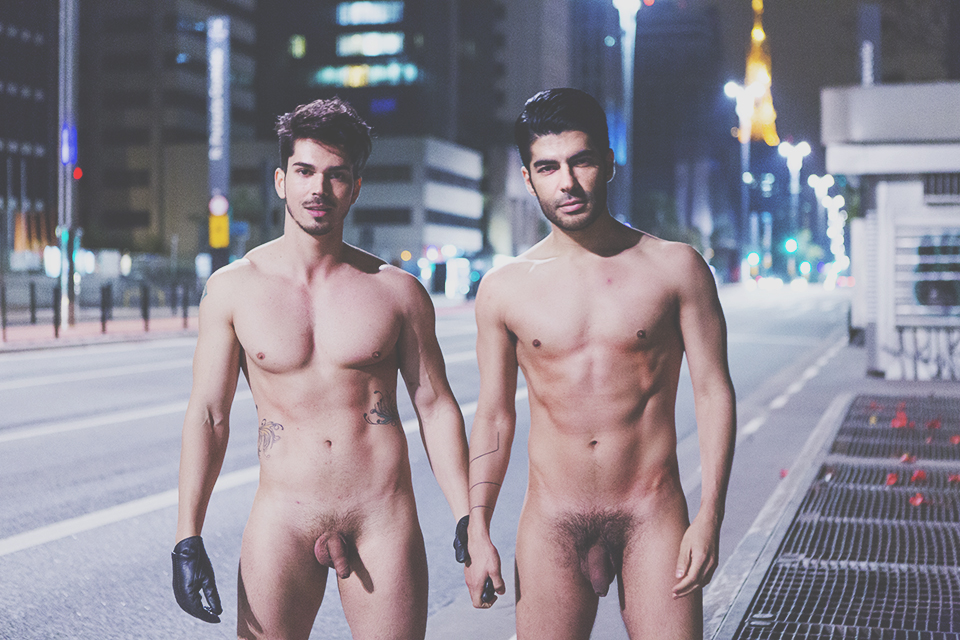 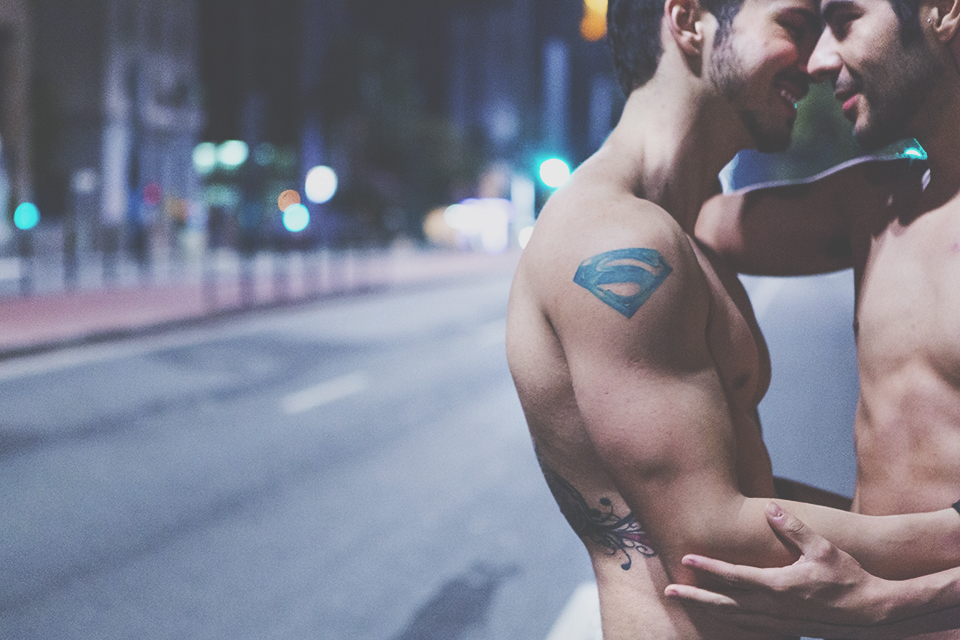 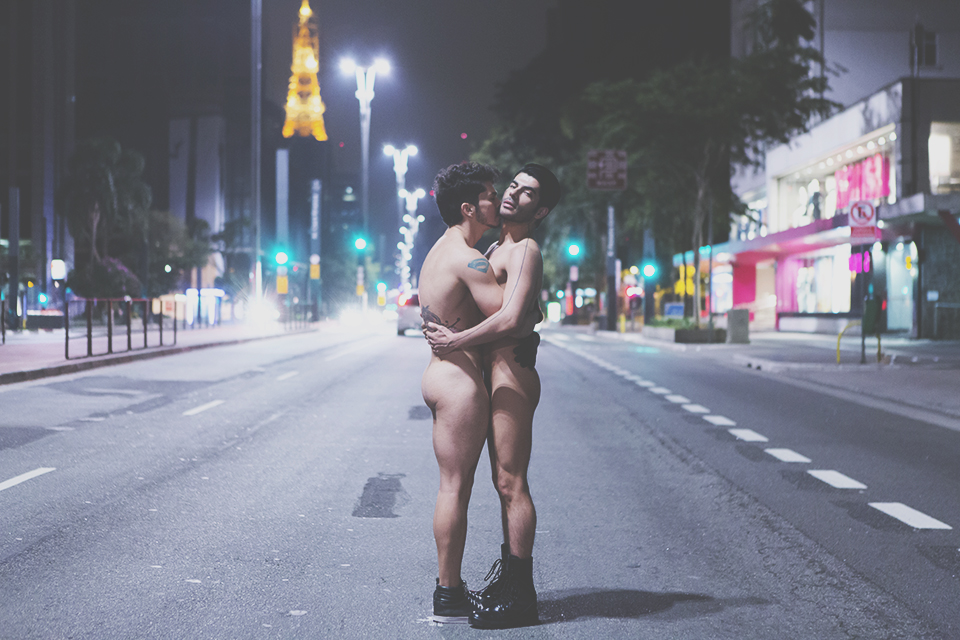 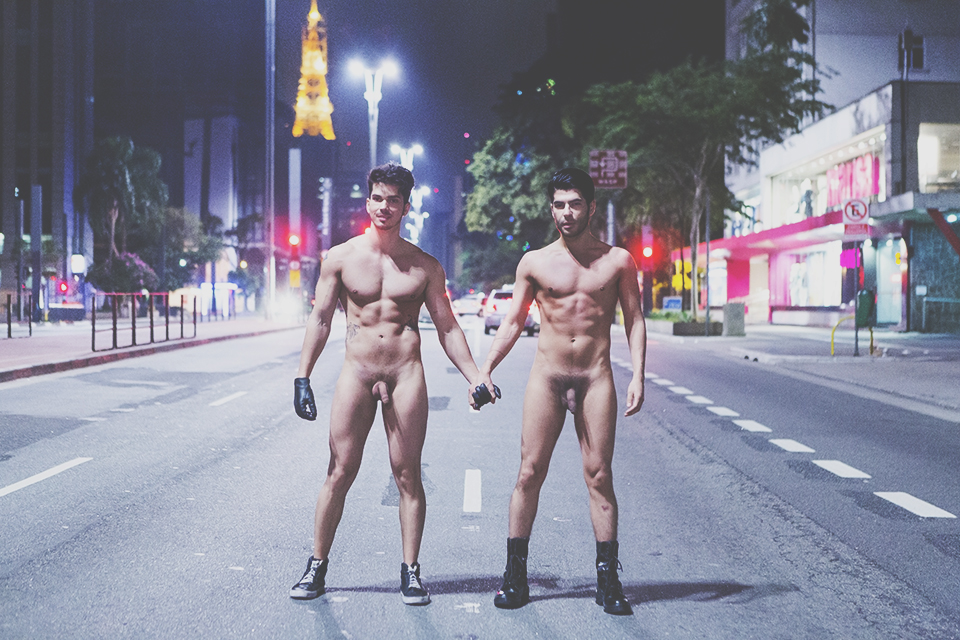 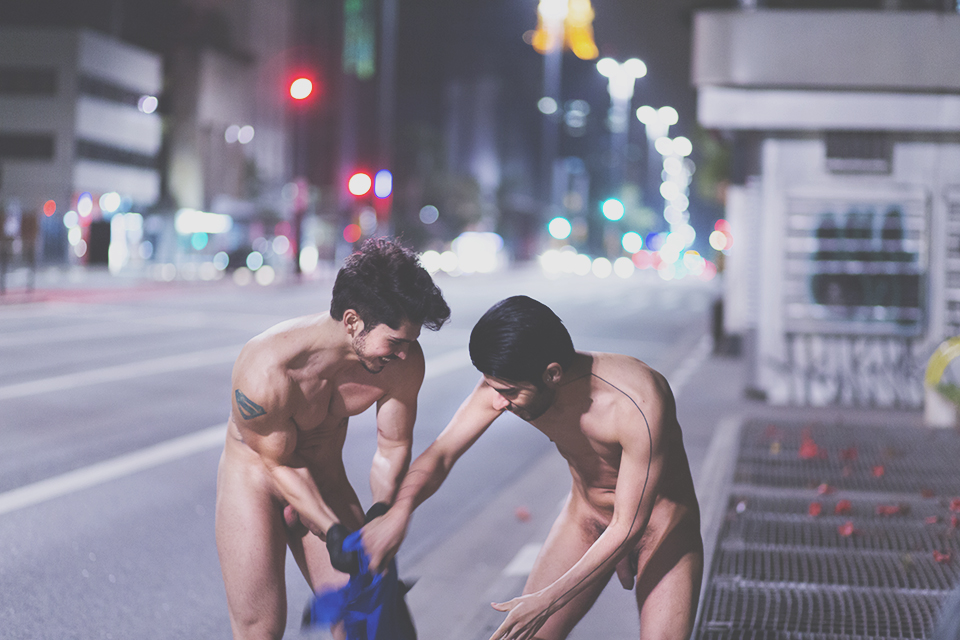 Will the Gator Briefs Be Showing Up in Your Wardrobe Soon?
Canadian Band Fleece Has Found Its Feisty Queer Voice on New Album
The Chinese Government Is Committed to Erasing LGBTQ People. Here Are 5 Ways It's Succeeding.
Hey, Hollywood, Here Are 6 TV Reboots We Actually Want to See
English