Written by Alexander Kacala on November 30, 2017
Be first to like this.

Last week, we chatted with actress Bridget Everett about her new pilot on Amazon, getting her start in gay bars and the drag queens who inspire her most. And while we looked back with her, we were curious about what Bridget Everett’s New York experience looks like today.

So we asked this iconic New Yorker about her favorite spots in the city, from where she gets her morning cup of coffee to where you can find her belting Alanis into a karaoke mic.

This is Bridget Everett’s New York:

“I am so low-brow,” Everett says. “I love going to Lenny’s. Well, I guess it’s currently been rebranded as Lenwich, but I go there for my iced hazelnut. I love it there, and I have no shame about it.” Multiple locations throughout the city

“I like ABC Kitchen. It’s some fancy shit I pick when my rich friends say they want to take me out for dinner,” she says. And what does she order? “The lobster, honey! I’m not paying!”

“I like The Parlour on 86th Street, off of Broadway,” she says. “It’s local to me, so I can my find my way home in a short amount of time.” Everett’s favorite song to sing at karaoke is Alanis Morisette’s “You Oughta Know,” but she doesn’t necessarily have a favorite to hear from others at the bar.

“For me, [it’s not about] what song it is, it’s just the passion — when people go for it like they are going for a gold medal after training for 16 years,” she says. “That’s the fire! That’s the excitement, and that’s what keeps me going back.”

We also asked her about some of our favorite karaoke songs, like Meat Loaf’s “I Would Do Anything For Love” and Celine Dion’s “It’s All Coming Back to Me Now.” About those popular karaoke tracks, she says, “It’s so funny when you see people do a song like that and you know they’re gonna crash when it comes to the money notes, but they just don’t give a fuck. I love that.”

“That’s a good question! The Carlyle,” she says. “I like to drink a fucking $25 glass of chardonnay.”

On her drinks of choice, Everett says, “I do chardonnay, martinis and spiced margaritas. That’s my trifecta.” For the best spiced margarita, her go-to is Barrio Chino. on the Lower East Side’s Broome Street.

“There’s no better place than being on my couch with my dog Poppy,” she says, though we aren’t sure that’s an open invite. Chardonnay and Netflix docs seem to be the typical game plan. “I just watched One of Us, and it was so upsetting,” she says. “I wouldn’t say it was uplifting in any way. It’s about Hasidic culture.”

On being a New Yorker who prefers to “stay in” on weekends, Everett says, “I don’t like being out on Halloween or New Year’s Eve, the times when the weekend warriors are running the show. I prefer to go to a show on a Wednesday night, down at Joe’s Pub, have some fries, go upstairs for a drink in the Library and then come home and retire with Poppy and have some snuggles.” 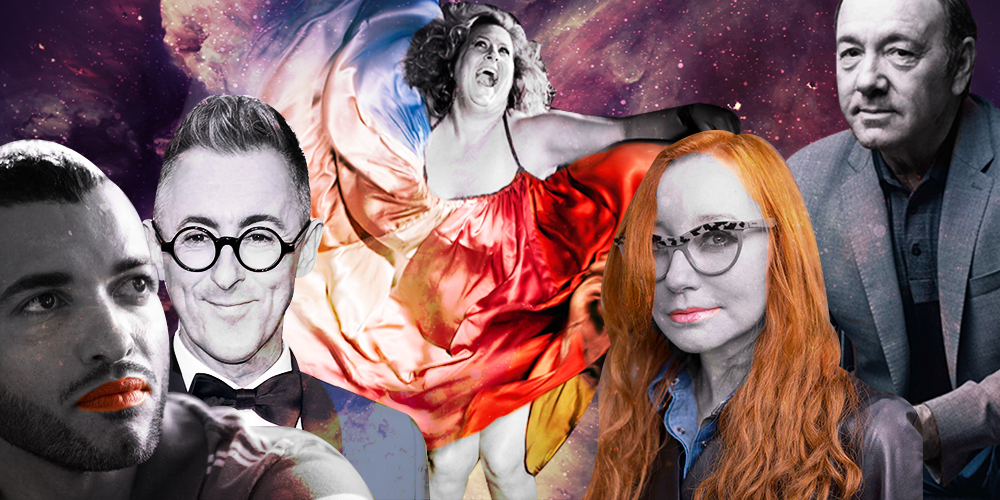