Written by Daniel Villarreal on June 1, 2015
Be first to like this. 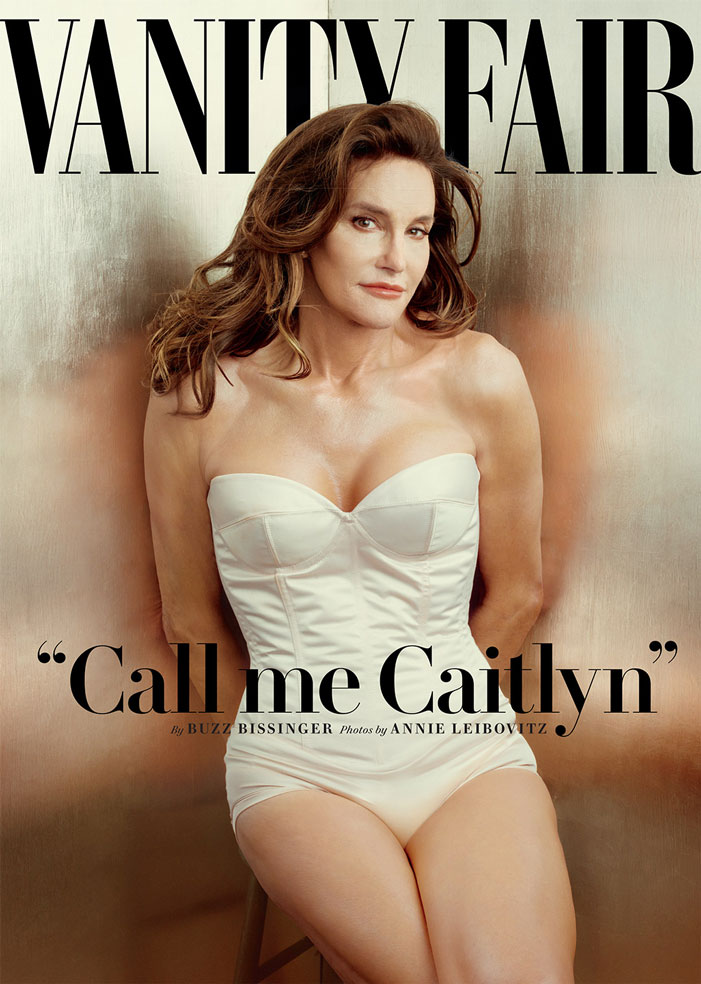 When former Olympian and Kardashian stepfather Bruce Jenner came out as a transgender woman during Jenner’s April 2015 interview with Diane Sawyer, Jenner initially requested that folks continue to use the male pronoun and the name ‘Bruce’ until further notice. Well, that notice has finally come in the form of a Vanity Fair magazine cover in which Jenner has re-emerged as Caitlyn with a tell-all and exclusive photos to boot in their June 9 issue.

Like Vogue Magazine (which recently featured their first-ever profile of transgender model Andreja Pejić), Vanity Fair has a circulation of about 1.2 million readers (a population greater than each of the eight smallest U.S. states). Considering that only eight percent of all Americans report knowing a transgender person, Caitlyn Jenner could potentially be the first a trans person that many of these 1.2 million readers get acquainted with. 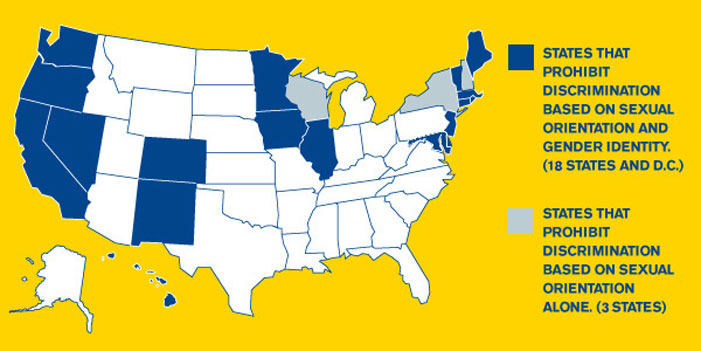 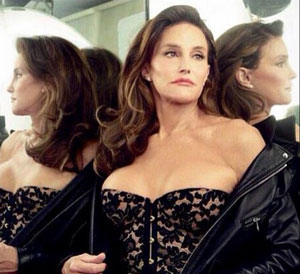 It’s especially important considering that 32 states lack employment protections for transgender people. If a trans person in any of those states comes out like Jenner did, they could get fired immediately with no legal recourse. Discriminatory “bathroom bill” laws also prevent trans people from using public restrooms, forcing them to use bathrooms that fit the gender listed on their birth certificates — a humiliating waste of police resources when folks just want to pee in peace.

But acquaintance softens prejudice, and Caitlyn’s bright and smiling face appearing in 1.2 million American households could help chip away at the ignorance and barriers blocking the way to full ‪transgender‬ equality. Ironically though, Jenner also identifies as a Republican, the very political party that has repeatedly voted against legalizing transgender workplace and public accommodation protections that would help protect Jenner and other trans folks from widespread discrimination.

It’s likely that Jenner will either change political affiliations once she grows tired of the GOP’s anti-trans stance or try to reform the Republican party from within. Seeing as she’s already gotten rabid-homophobe Rick Santorum to recognize her female identity it’s perhaps proof that Caitlyn has already started to change even ultra-conservative minds.

Here Are the 15 Pokémon That Totally Turned Me Gay
That Should Have Been Gay: The Most Homoerotic Scenes on Film in the Last Decade
From the Science of Sex to Nazi Destroyers, 11 of the Coolest Queer People in Science
20 Obscure Christmas Songs That Don't Suck
English