It seems like each year a handful of prominent male celebrities find their nude pics mysteriously “leaked” to the Internet. Recent examples include Orlando Bloom and Justin Bieber.

Sometimes these NSFW gems come out on accident. Other times, it’s part of a coordinated PR stunt … but regardless of reason, the images always gain massive attention!

Given interest in such matters by readers of Unicorn Booty, we thought it would be fun to fantasize about 10 celebs we’d love to see go NSFW in 2017.

Photo cred @brentweber1 who makes it look like I workout a lot harder than I really do. @usweekly now send me that pizza like you promised.

You might have seen this Canadian-born actor in The Tomorrow People, The Flash or the movie The DUFF. If his last name sounds familiar to you, that’s because he’s cousins with star of The Arrow Stephen Amell.

Built like a gymnast, Robbie has one of those bodies that just won’t stop! He’s morning wood and Viagra all rolled up into one!

Had a blast with this beautiful pirate for gasparilla… Now its time to really get locked in for 2016 ⚾️ CANT WAIT pic.twitter.com/anHvIxbifD

Do you like baseball? Dig guys with scruffy faces and muscular, tight bodies? Tampa Rays centerfielder Kevin Kiermaier is a dream wolf! He stands at 6’1″ and has aqua blue eyes. Plus, he’s a supporter of the LGBTQ community. Oh, Kevin, please let at least one locker room photo of you come out, preferably putting on a jockstrap. Pretty please!

Just writing this now gets my juices flowing. One trip to Ryan’s Instagram account is like a virtual trip to candyland! With dreamy brown eyes and his bad-boy vibe, what’s not to love? Ryan quickly gained attention after appearing in the flick The Boy Next Door. He’s also rumored to be packing.

My "how the f*ck am I gonna shoot my FORD commercial when they decide to bring out Frenchie puppies" face. The punishment is death, when people play with my emotions like this and bring out my kryptonite aka puppies. This is bullshit. #FORD #Ambassador #KryptonitePups #OkWhosComingHomeWithDaddy?

You’ve no doubt seen Dwayne “The Rock” Johnson in movies before. He’s the stud who crossed over from the WWE to Hollywood. With a ridiculously built bod and yummy tattoos, of course people love watching him in films. Dwayne is also rumored to be extremely “big.” In fact, he recently appeared in an extra-tight Batman suit that leaves absolutely nothing to the imagination.

After the Cubs won the World Series in 2016, Javier Báez gained massive attention — and not just because this six-foot-tall jock has a powerfully built torso with abs to rock your world. And speaking of massive, the rumor is this man has an extremely thick Louisville Slugger!

One of the sexiest guys on TV is Daniel Dae Kim. You’ve seen this stud on shows like ABC’s Lost and on CBS’ Hawaii Five-0. The dude is built like all get out and knows how to wear a pair of tight jeans well! What if he was filming a surfing scene for H50, his swim trunks came off and a photographer were nearby?

This is one actor who continues to make people stop in their tracks. Just look at the man — is it any wonder he was chosen as Captain America? Between his muscled-up bod and furry chest, he’s hard not to notice. That’s why nobody would complain — not even a little — if his NSFW photos somehow ended up online. In fact, we suspect even just one nude shot of him would break the Internet. Woof!

Ealy is so sexy that he made Hello Beautiful’s sexiest man alive in 2015. One look at him and it’s easy to see why! With piercing blue eyes and a million-dollar smile, the guy has it going on! And while there are plenty of shirtless pics of this stud available on the internet, precious little exists on the NSFW front. We wouldn’t be upset at all if a non-clothed picture of this stud somehow ended up on social media!

Do you have a thing for men in tights? How about muscled-up guys who like to throw balls around? If the answer is yes, then you’ll love Carolina Panthers quarterback Cam Newton! Not only is the guy built like a stud, there’s also photographic evidence to suggest the man is larger than life!

You’ve no doubt seen Tyler Hoechlin before. He was a regular on Teen Wolf and also appeared as Superman on the CW’s Supergirl. From head to toe, there’s not one part of Hoechlin that isn’t hot. He’s got hazel eyes that pierce right through you! And since Tyler’s fond of the beach, we think he should let his photographers capture him underwater in his birthday suit. 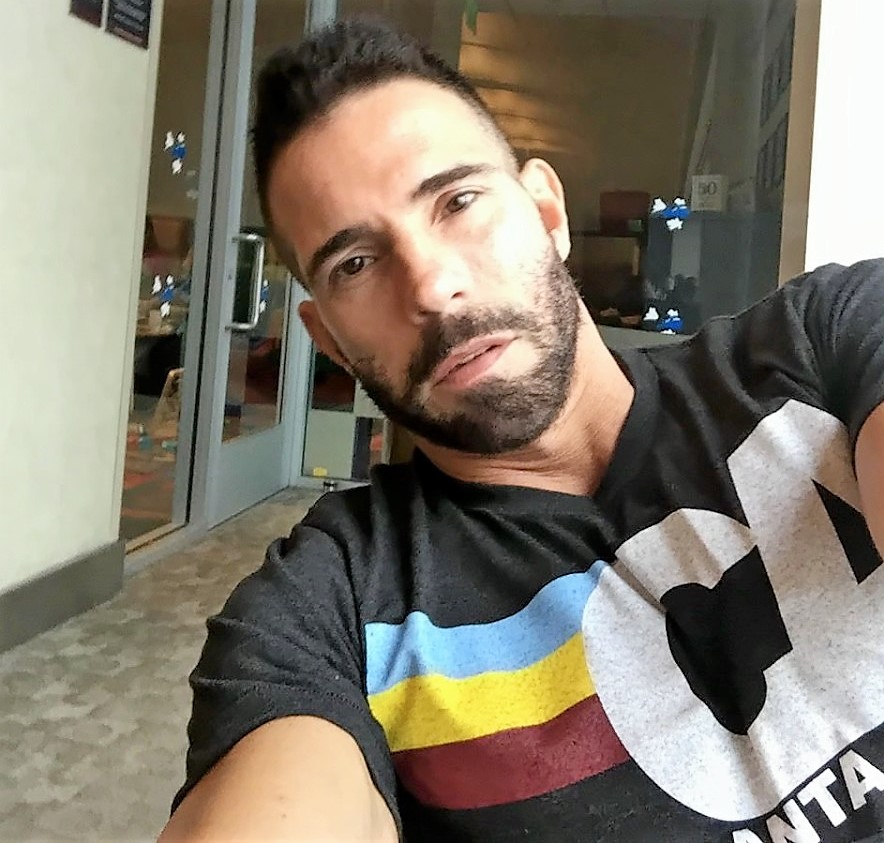 John Hollywood is editor-in-chief at Gay Pop Buzz, an affirming, all embracing website for gay men, built around the power of fun.