Written by Kevin Farrell on February 9, 2011
Be first to like this.

Well, that took a bit longer than we actually thought it would. 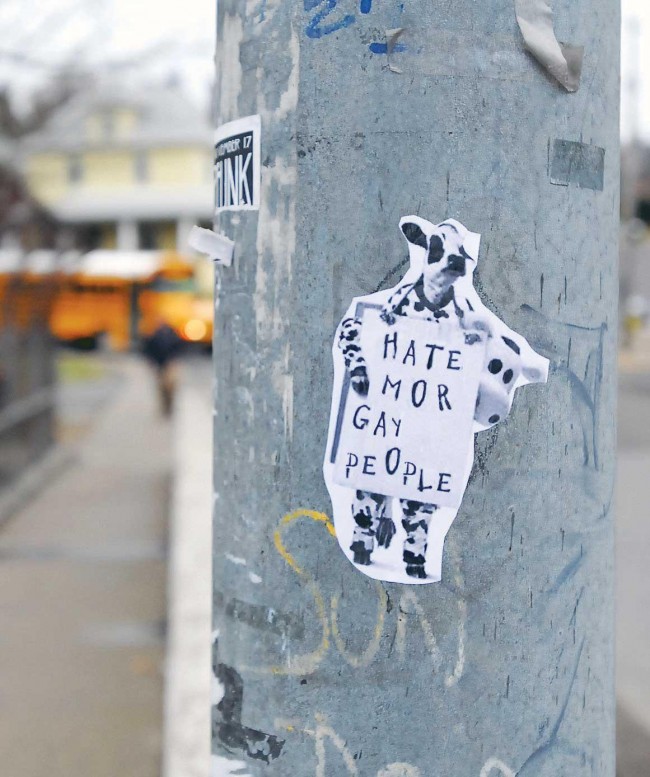 Chick-Fil-A was banned from campus after Donationgate 2010, but has been since permitted to hawk their chicken once more. They’re just going to have to deal with a lot of this from now on.

Via The Daily Athenaeum

These LGBTQ Cosplayers Blend Fandom With Queer Self Expression
13 TV Witches of Past and Present Who Have Cast a Spell on the Small Screen
Austin Crute, a Quadruple Threat, Is Our Swoon-Worthy Guy of the Week
5 Holiday Fitness Tips for Those Worrying About the Season's Nonstop Parties
English