Child With Gay Dads Writes To KIX: Why Does It Have To Say MOTHER Approved?

Written by Kevin Farrell on August 5, 2011
Be first to like this.

We dare your icy heart to not melt in your chest when you read this letter in crayon from a concerned child at the breakfast table. 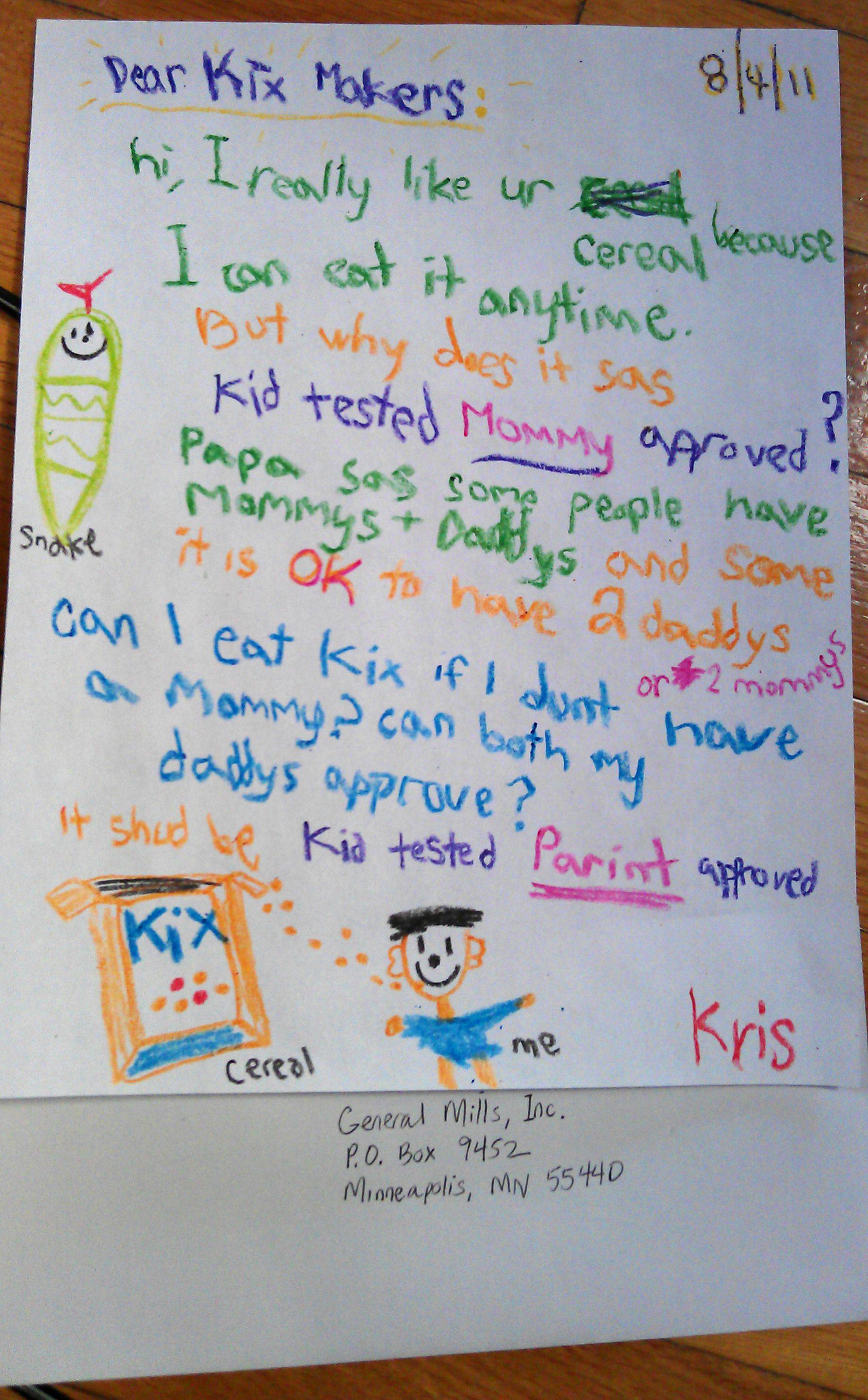 Real talk, there is a load of wisdom in this letter (and a SNAKE!). Why DOES it say Kids Tested: Mother Approved? The issue of gay marriage aside, you would think that the feminist movement would have put that slogan out with the trash sometime in the 80’s.

Whatever your religious beliefs or political convictions concerning gay marriage, hundreds of thousands of children in America are growing up in families headed by two parents of the same sex. Saying you “don’t believe” in gay marriage or that it is wrong does nothing to change this.

In the real world, Kris and many, many, many other kids sit at the breakfast table while their two dads or their two moms shuffle about preparing to drop the kids off at school and make their way to work. This is the real world. And it’s freaking adorable.

'Am I the Assh*le?' Outrageous Queer Wedding Moments Edition
These Are the 3 Questions I'm Asked Most Often About My Long Distance Relationship
The Top-Rated Pride Parade in the United States Is Actually Not New York City's
10 Songs That Shouldn't Be Played at a Gay Wedding (Seriously, Just Don't)
English