Written by Kevin Farrell on April 8, 2011
Be first to like this. 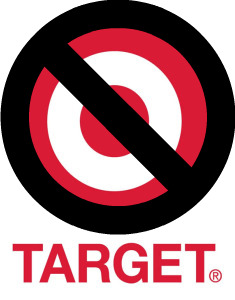 Neener neener neener. Ahem. First Gaga gave Target the smackdown for their homophobic ways, and now a San Diego court has ordered Target to allow canvassers to talk with customers about marriage equality in front of the company’s stores.

Target had recently filed a lawsuit against Canvass For a Cause to prohibit them from speaking to customers about the company’s homophobic legal maneuverings and the importance of marriage equality. In the ensuing legal drama, Target even went so far as to state that they didn’t want customers to be given the impression that the company was in favor of same-sex marriage.

Complicating their argument was the fact that the retail giant allowed other organizations, like the Girl Scouts of America, to occupy the same areas that it claimed were off limits to pro-marriage equality canvassers.

Today a judge ruled against Target.

Target told the AP that its “legal action was in no way related to the cause of the organization and was done so to be consistent with our long-standing policy of providing a distraction-free shopping experience by not permitting solicitors at our stores.”

Canvass For A Cause director Tres Watson said the company is biased against his group because it promotes gay marriage.

“It’s very David vs. Goliath,” he said. “We understand they’re the Goliath in the room. They’ve got all [the] money in the world to get us to stop talking about gay marriage.” In its suit, Target alleged that the group, formed in 2009, is too aggressive, often cornering customers to debate their views on gay marriage, claims the group has denied.

Canvass For A Cause argues that shopping centers have become today’s public squares and points to recent court rulings that support its claim.

Whenever we write about Target’s culture of homophobia – whether it be their corporate donations to anti-gay political candidates, their refusal to apologize and make a matching donation to an LGBT non-profit, Lady Gaga dissolving her contract with the company because of it’s refusal to implement LGBT outreach services, or now their lawsuit against canvassers for marriage equality – we inevitably receive backlash from gay readers who claim that they’ve worked at the company for years and everything is fantastic for LGBT’s there.

We’re not negative the personal positive experiences of gay employees within the company. However, it’s time for you to wake up to the fact that Target’s overarching stance on gay rights is not one of equality. How many boardroom decisions must this company make against you before you take note? Target doesn’t hate gay people, but they sure as heck don’t believe that they should be treated equally under the eyes of the law.

Are you satisfied with today’s court decision?

Via On Top Mag

7 Times TV Got HIV-Positive Characters Right (and One Series That Never Bothered)
Baseball's First Out Player, Glenn Burke, Created the High-Five, Briefly a Symbol of Gay Pride
These 15 Amazing Artists Will Keep Your House Queer AF
This Tale of Woe Is Exactly Why You Don’t Send Unsolicited Nude Pics
English