Cruz And Fiorina Are Teaming Up; Will Hillary And Bernie Do The Same?

This has been a week of unlikely alliances, with Republicans lining up in a way that seemed impossible just a few weeks ago. The only thing that would be weirder would be if Democrats did the same — and that may very well happen soon enough.

It started with Ted Cruz and John Kasich forming a strange alliance to stop Donald Trump. They’ve cooked up a strange plan: They’re going to defeat Trump at the convention by losing certain states on purpose.

It’s maybe not as crazy as it sounds. Kasich never really had a chance in Indiana, because it’s an expensive state and voters there have never particularly liked him. So he’s closing up shop and clearing a path for Ted Cruz, who is more likely to defeat Donald Trump and take the delegates.

Cruz, in the meantime, will bow out of Oregon and New Mexico, thereby clearing a path for Kasich in those states. Between the two of them, the GOP is hoping, they’ll be able to siphon off enough support from Trump that he’ll have to go to a contested convention. And at that point, they’ll do some deal-making and Game of Thrones-style negotiating that’ll somehow hand the nomination to Cruz. Maybe.

If Kasich was hoping that this alliance might land him a vice president nod, he’s out of luck, though. Carly Fiorina was just tapped to be Cruz’s running mate. You remember her, right? She flamed out pretty poorly as soon as voting started, probably in part because she insisted on lying about nonexistent Planned Parenthood footage.

In a truly disturbing twist, Fiorina sang a few bars of an eerie made-up song at a rally announcing her position as running mate.

What’s behind Cruz’s selection of Carly Fiorina? One theory (that has no evidence to support it, but it’s the most exciting) is that one of her former staffers had an affair with Ted Cruz, and now Carly is demanding a post or else she’ll spill the beans.

That’s certainly possible, though also very unlikely. Cruz may instead be calculating that a female VP would be an effective draw for voters who want to see a female candidate.

And speaking of Hillary, she may be teaming up with Bernie Sanders at some point in the future. At this point, she’s likely to be the nominee, but Bernie has enough of a following that she’ll need to make some concessions to the wing of the party that he’s mobilized.

She’s already done so, to a limited extent. Her positions on trade and social security have shifted left. And more Democrats are likely to identify as progressive than they used to, so she’ll need to keep that in mind as she contemplates things like health care and minimum wage.

Bernie, for his part, says that he’s still running for the nomination — but his best shot is to keep applying leftward pressure to the party, in the hopes of reclaiming it from forces that his supporters simply don’t trust. The convention isn’t until June, so we’ve got another few months of this. 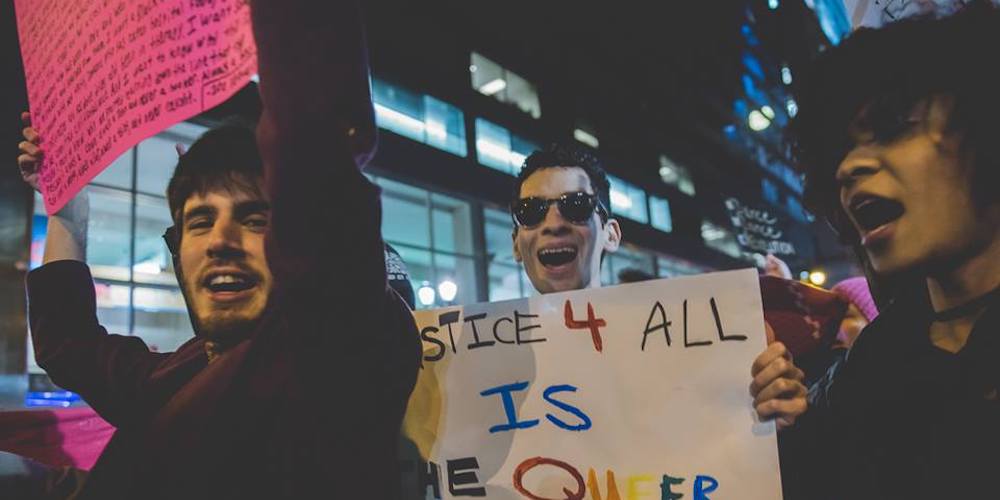 Caitlyn Jenner is 'Seriously' Considering Running for Political Office — Would You Vote for Her?