Written by Alexander Kacala on July 12, 2017
Be first to like this.

Carly Rae Jepsen is one of the most underrated pop stars of our generation. On May 26, she released the new single “Cut to the Feeling,” and it quickly became a contender for Song of the Summer 2017. Video has surfaced of her performing it live for the first time ever and it’s fantastic.

The song was originally intended for both Emotion and Emotion: Side B, but was ultimately left off both albums. Instead, it appeared on the soundtrack for the animated film Ballerina, in which Jepsen voiced a supporting role.

On the song, Pitchfork writes:

“It’s bombastic and gaudy, like a trebly, millennial version of Belinda Carlisle’s “Heaven Is a Place on Earth.” It also sits quite happily alongside peak Robyn, Icona Pop’s “I Don’t Care,” and Frozen’s “Let It Go,” and contains some excellent pop “HEY!”s. Even so, it’s still distinctly Jepsen, her coaxing vocal creakiness convincing her paramour to stop denying what they want and just fucking go for it with her. “I wanna cut to the feeling!” she demands, sounding breathless and halfway there already. “Take me to emotion/I want to go all the way,” she sings to this guy, though really he’s just a mule for this brazen hedonist to reach those disembodied, ineffable highs.”

Jepsen performed the song for the first time ever live last night at a secret show in Chicago.

“Carly Rae Jepsen played an atypically intimate show at Wicker Park’s Chop Shop on Tuesday night as part of the M&Ms Spotlight Concert series,” reads Chicagoist. “Unlike most corporate tie-in shows, this one ended up being a full concert from the Canadian master of feel-good pop. Even better, it heralded the live debut of her latest unstoppable summer earworm,  ”Cut to the Feeling.”

They continue: “But the evening was particularly notable because it marked the first time Jepsen has performed ‘Cut to the Feeling’ — a song we would argue is in the running for summer Song of 2017 — which felt like a real treat for the wall-to-wall Chicago crowd.”

Honestly, watching her belt the song out live makes us love the anthem even more than we already did.

Here’s another angle for your viewing pleasure: 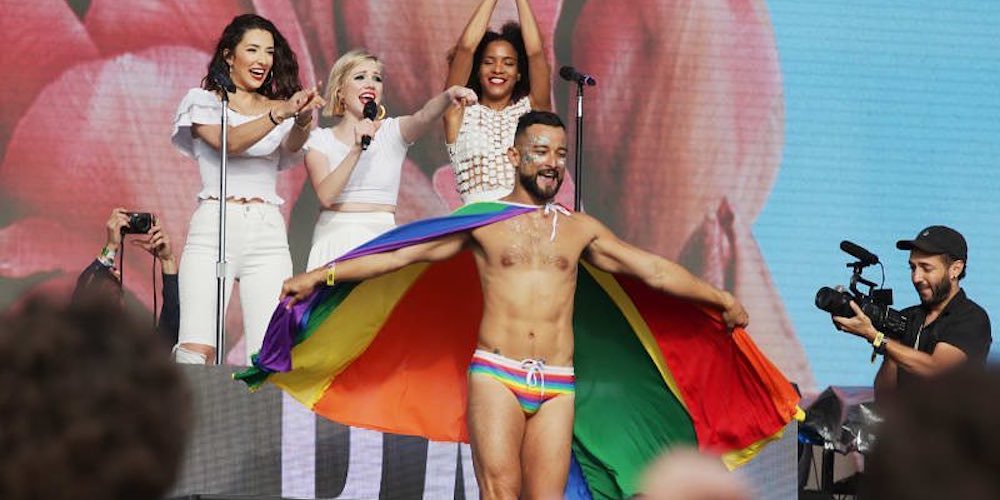