Did Maggie Gallagher Just Encourage Suicide Rather Than Marriage? 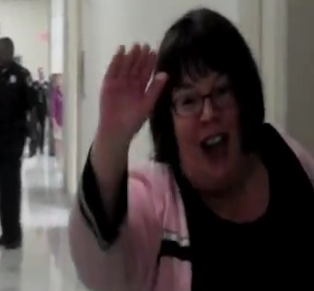 NOM’s Maggie Gallagher got her liar-liar-pants-on-fire on this week as a testifying guest of Speaker John Boehner’s during the Congressional DOMA defense hearings. You know, the one that the majority of the country is opposed to continuing? Gallagher, who is no friend to the gays, responded to a Get Equal activist who confronted her in the hallway of Congress with a troubling remark. Even more troubling than usual, we mean.

OK, first of all, a deep breath. Without jumping into this horns blazing, let’s try and figure out what she just said. She understands that legalizing gay marriage led to reduced rates of teen suicide in Massachusetts, and yet she adamantly works against this “solution”? The solution of course being a statewide mandate that all citizens are equal despite various sexual orientations.

We’ve watched the clip over a few times trying to understand what Gallagher may have intended by this, and how she may have misspoken if that is what led to this statement, and we’re at a loss.

What do you think of Gallagher’s words?

Virtual Human Rights Event to Screen Film About Indonesian, Russian and Kenyan LGBTQ Families
Meet the Biggest Donor in History for Expanding LGBTQ Rights in America
Under the Cover of Night: 10 of America's Most Famous Gay Cruising Spots, Past and Present
This Tale of Woe Is Exactly Why You Don’t Send Unsolicited Nude Pics
English