Written by Stephan Horbelt on September 19, 2017
Be first to like this.

Every two months in Los Angeles, a supperclub-cum-dance party rolls into town that seeks to challenge the excess and hedonism of disco days of yore, upping the ante on what should rightfully be considered a party. Its name, fittingly enough, is Disco Dining Club, and for more than two years it has singlehandedly attempted to connect the city’s acclaimed underground music scene with what can only be considered couture cuisine.

One cannot predict what to expect from Disco Dining Club‘s bimonthly gatherings, but a few things are certain: For the price of your ticket you’ll enjoy a meal crafted by a local renowned chef; you can count on an open bar featuring the potions of local microbreweries, wineries and distilleries; you’ll be treated to an all-vinyl DJ set and live performance; and you’ll take in all of that while surrounded by a crowd of tastemakers dressed to the nines (always fitting with the evening’s theme). The only thing missing from an installment of Disco Dining Club? Restraint.

The brainchild of Courtney Nichols, Disco Dining Club will return to Los Angeles on Saturday, Oct. 7, this time trying something new: a mid-day romp. The “Playground Edition” of Disco Dining Club aims to recall all the best memories of recess — jungle gym and all. Attendees (we aren’t sure whether to call them “diners” or “partiers,” seeing as how they’re both) should “come dressed to play” per the invite, which in this case means decked out in primary colors red, blue or yellow.

We recently sat down with Nichols in her L.A. home to discuss the supperclub/dance party phenomenon that is Disco Dining Club, and here she offers some insight for those who haven’t yet attended.

Here are 5 things you should know about Disco Dining Club:

1. The Disco Dining Club tagline is “Consume. Everything.”

2. Disco Dining Club is not an exclusive event.

Nichols is sure to stress that Disco Dining Club is an inclusive event, meaning anyone is free to purchase a ticket and attend. She does note, though, that the party “creates a family on the dance floor, at the dinner table, at the bar and everywhere in between.”

“We want our guests to be happily exaggerated versions of themselves,” she says.

3. What you wear to Disco Dining Club is important, but not the most important.

“We don’t want you to buy a new outfit to come to Disco Dining Club,” Nichols says. “Instead we want you to wear that one outfit in your closet that you never had a reason to flaunt.”

The party’s signature disco ball is none other than an oyster with a disco ball pearl (pictured above with burlesque legend Dita Von Teese), and unlimited oysters are typically served throughout the evening’s afterparty.

Yep, Disco Dining Club is a popper-positive zone, and as Nichols says, “Yes, they wear costumes.”

“For our Blade Runner event they were covered in slick blacklight, at Faberge Edition they wore fur Ushanka headpieces and at Surrealist Edition they were placed inside oversized mouths,” she says. “We make poppers more than a vice — we make them part of the theatrics.” 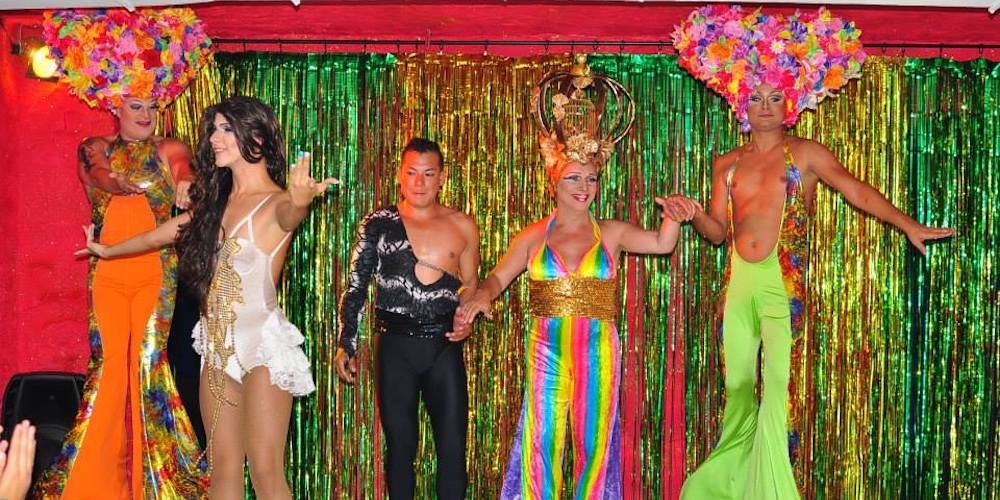 Breaking: The Stage and Dance Floor of a Canary Islands Gay Bar Has Collapsed, Injuring Several 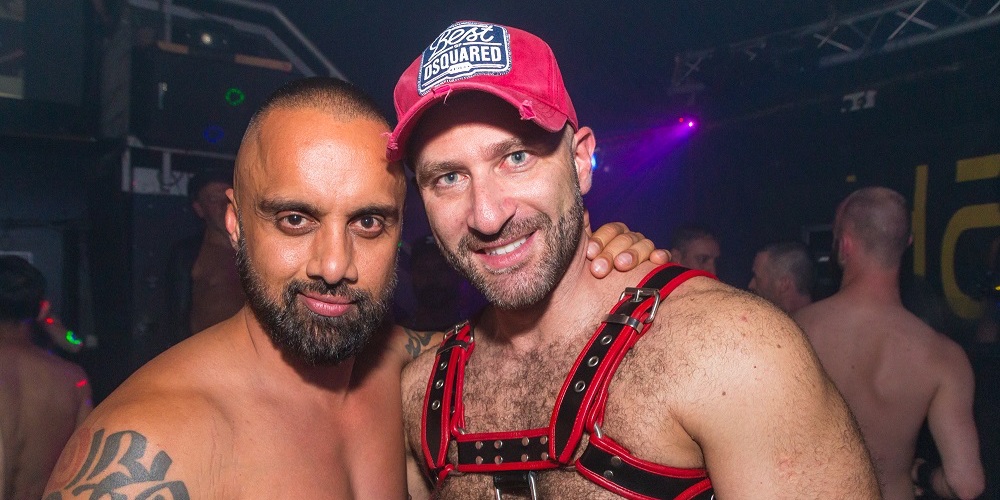