Written by Daniel Villarreal on March 16, 2015
Be first to like this.

Dear internet: please stop spreading the rumor that Disney is going to release a gay animated film called Princes. They aren’t. In fact, the rumor has been around since late last year and while it’s a nice idea, it’s been thoroughly debunked, so please stop posting it on your Facebook wall. You’re breaking our hearts. 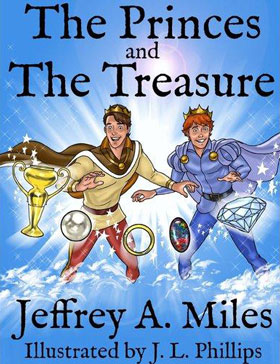 We totally understand why over 60,000 people have fallen for this hoax; it contains a small kernel of truth. The original story said that the Disney film would be based on a Jeffrey A. Miles childrens book entitled The Princes and the Treasure, a book where two princes trying to save a princess fall for each other instead. The book is real, but alas, the Disney film is not.

That being said, of course we want a gay Disney film — it’s 2015 and we have yet to see Disney put an animated same-sex couple on the silver screen. But honestly, if we did get a gay Disney flick, we’d rather see lesbians (white wealthy gay guys are sooo 1999).

So while there’s not a film, here’s a bunch of Disney characters getting gay with each other, courtesy of artist José Rodolfo Loaiza Ontiveros. Share THIS on your Facebook wall instead, eh?

78 Years of Batman On-Screen: How the Caped Crusader Has Evolved Through the Years
Let's Explore the Story of Biblical Namesake King James I and His Lifelong Gay Lover
Elska's Latest Issue Shares Candid Stories and Images From Gay Casablanca, Morocco
Here's What 15 Celebrities Have Said in Support of Open Relationships and Non-Monogamy
English