Written by Daniel Villarreal on March 20, 2015
Be first to like this.

The Double Dick Dude just did an exclusive interview on the Reddit podcast Upvoted to talk about his life after he went viral on the internet. Here’s the best bits from the interview (which you can hear in its entirety below).

Just after Christmas 2013, a man with two fully-functional dicks (let’s call him Clark) decided to take a picture of his two wieners and submit to a Tumblr filled with pictures of “pretty extreme stuff.”

The blog’s owner asked him a bunch of questions and before long, the post ended up becoming immensely popular on the link-sharing site Reddit. Clark didn’t know what Reddit was, but at the suggestion of his friends, he decided to hold an AMA (Ask Me Anything) to answer people’s questions about his cocks. 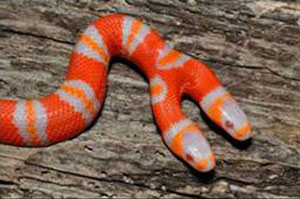 His AMA ended up being Reddit’s fourth most popular AMA of all time (right behind U.S. President Barack Obama, British naturalist David Attenborough, and Microsoft founder Bill Gates). For nearly 48 hours, Clark replied to as many of the 17,000 AMA questions and comments possible. Soon after, worldwide media outlets and late night talk shows began running stories about him.

Clark told Upvoted, “There was a moment when I actually said, ‘I feel like I want to get underneath the bed and not come out,’… I mean I was on every website. I was on the Huffington Post that year. I was like OMG I just like holy crap what? And then Rolling Stone and Cosmopolitan and Jezebel and Yahoo News and then it was all over The Daily Mail and popping up in Australia.”

“I was just, I literally didn’t want to go outside, I was afraid that everyone would be looking at everyone’s crotches to see who had a larger than average bulge, but then it started calming down after a while. What freaked me out was hearing people talking about me… I was just like ‘Crap, it’s real. People are actually talking about this away from their computer screens.’ And people were on their phones sharing their article and stuff. I was literally on the subway and saw someone on their phone looking at (my) pictures and showing a person next to them.”

At that point, he had to the idea to start using the pseudonym Clark, as in Clark Kent, Superman’s alter-ego. The way he saw it, people in Metropolis know who Superman is, but they don’t recognize him when he’s just standing around in the subway as Clark Kent. Clark could be standing next to people who knew all about the “Double Dick Dude” but who had no idea that it was him — it was like a secret identity.

Two childhood experiences made Clark feel ashamed of himself, to the point that he considered having one of his cocks surgically removed.

Once, his regular doctor wasn’t available, so a replacement doctor came in, looked down, saw Clark’s two dicks, and quickly left. He then returned with a crowd of people who all wanted to look at Clark’s dicks. It made Clark feel weird and ashamed. His mom — who was also in the room — shouted for all the people to get out and then smacked the doctor so hard that his glasses flew off into the hallway.

Later on, when he lost his virginity in high school at age 16, his female lover started telling other people about his two dicks. It got back to his best friend who felt hurt that Clark had never told him about it. To regain his trust, Clark showed him his two penises and made it clear that he didn’t want anyone else at school to know about them. So his friend began telling other classmates, “Clark doesn’t have two dicks. Just one. I’ve seen it.”

Instantly, schoolmates assumed the two were gay lovers. Their peers teased them mercilessly for months, so much that Clark considered having his second dick removed. But when Clark told his father about it, his father replied, “Even if you have it removed, you’ll still be the same possibly gay dude who might have had two dicks. It’s not gonna change who you are. And I love who you are, no matter what.”

“The way I look at it,” Clark told Upvoted, “the Internet is the 21st century freakshow. It’s the kinda stuff that you pay 25 cents to see on a roadside somewhere in the country back in the 1950s… God love those people. Those people didn’t have anyone to help them, so they had to join together because if they didn’t, they’d either starve or they died from medical complications because no doctors would treat them because they were too weird. So they joined together… they only had normalcy in their life because of their being in group together.”

After his AMA, Clark received an outpouring of gratitude from people who ashamed of their bodies: people who were overweight, underweight, had three nipples, teens with premature baldness, people with six toes. They all thanked him for being so open, honest, and positive, not only about his two dicks but about his bisexuality as well. He’d had no idea that sharing his secret on a whim would have such a positive impact. 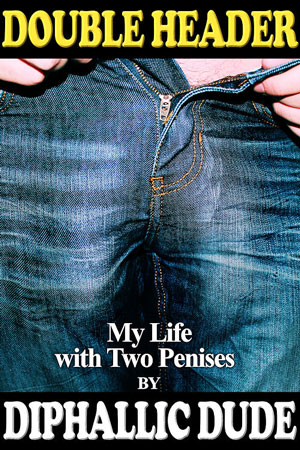 And so he’s decided to share that story and others, in a memoir entitled Double-Header: My Life with Two Dicks. It’s a less-than-80-page memoir that’s already an Amazon best-seller. Of all things he’s most grateful for though, he appreciates the undying love and support of his two parents the most:

“The way my parents brought me up, it was, ‘You’re special, you’re unique. Don’t play Doctor with anyone. Don’t take your pants off in front of anyone. Don’t let anyone see them. Because you might make other boys feel bad that they only have one. So you don’t wanna hurt anyone’s feelings or make them feel bad because they don’t have two like you do.’ So that stuck with me.”

He continues, “When you love someone, you give them the freedom to be themselves. When you truly love another person you’re giving them that amazing chance to express themselves and not have to worry about whether or not you’re going to dislike them. You may not agree with them. You may have issues with some of the things they say or do. But you still love them. You accept them, If you can love someone, you will do them so much better, better than you can probably even imagine. Coming with the guy from two dicks, I know that sounds silly or cliche.”

If you want to know more, you can listen to Clark’s interview on the Reddit Upvoted podcast below, visit his personal NSFW Tumblr, or check out the also NSFW AMA that made him famous.