This Pastor Disrupted a Drag Queen Story Hour: ‘There’s No Such Thing as Transgenders’

“Today we’re at the Loussac Public Library where they’re having story time with a drag queen,” he said. “So we are gonna go inside and tell the kids the truth: there’s no such thing as transgenders and that God makes boys boys and girls girls and there is no changing.”

As Grisham enters the room, two drag queens and a drag king can be seen reading a book to a room of children and their parents. “Hey, kids, my name is Pastor David, and I want to tell you there’s no such thing as transgenders,” he interrupted. “God made men men and women women.”

Two parents quickly kicked Grisham out of the drag queen story hour, while other parents got the children to chant “Wheels on the Bus” to drown out his anti-LGBT protests.

“I just encourage people who don’t know the difference between a drag queen and somebody who is transgender to do their research. Look it up,” says JJ Harrier, a co-chair of PrideFest, which produced the drag queen story hour. “They are completely two different things. And so the individual yesterday who was on a rant will probably continue to do so, but our community is so glued together right now, especially during Pride week, that we’re just gonna stick together and remind and educate people who we are.”

This isn’t the first time Grisham has interrupted an event celebrating views he doesn’t agree with. He’s known for barging into the Santa House in North Pole last December, spreading a “religious” message to children in line, telling them, “Santa isn’t real.”

Do you support drag queen story hour? Sound off in the comments. 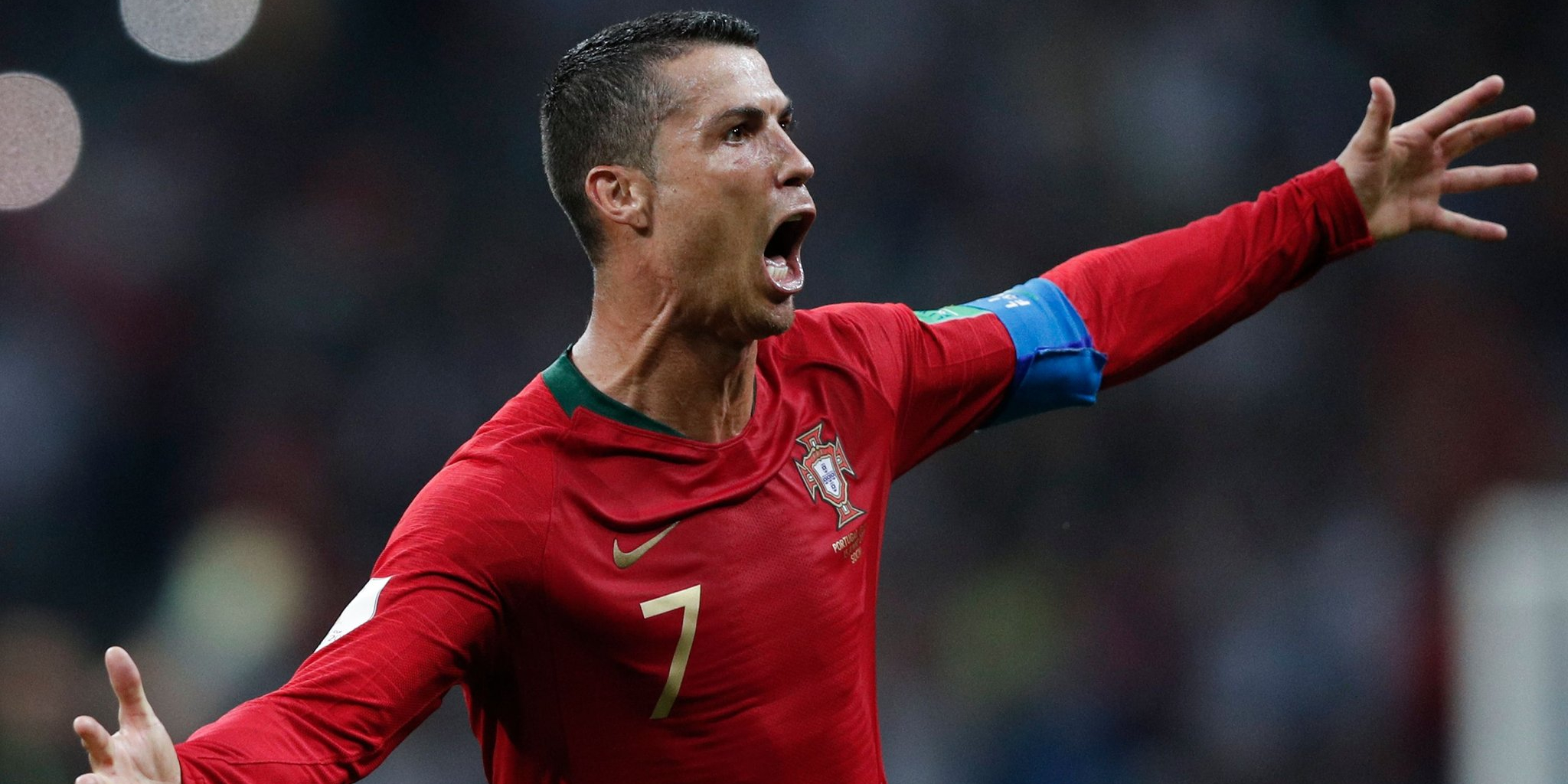 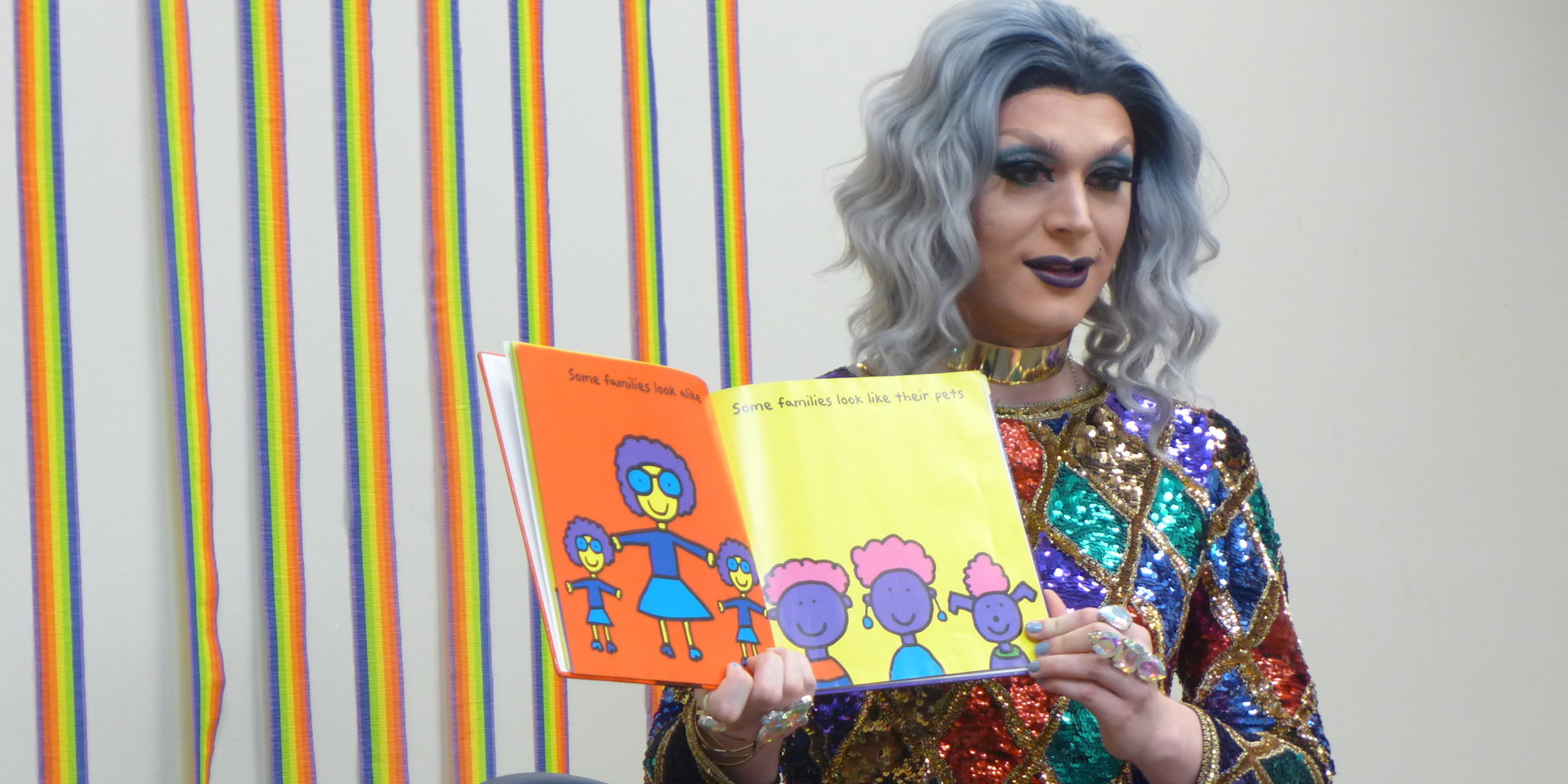 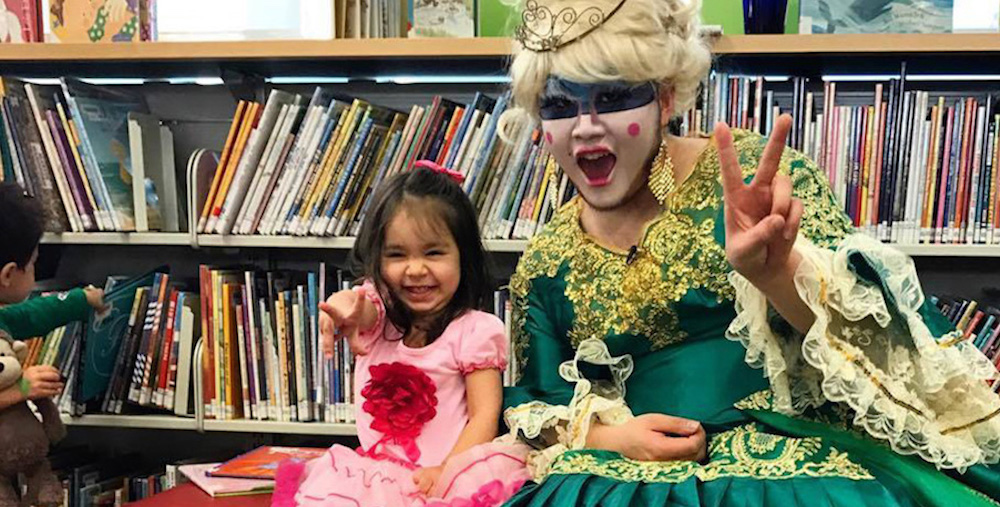 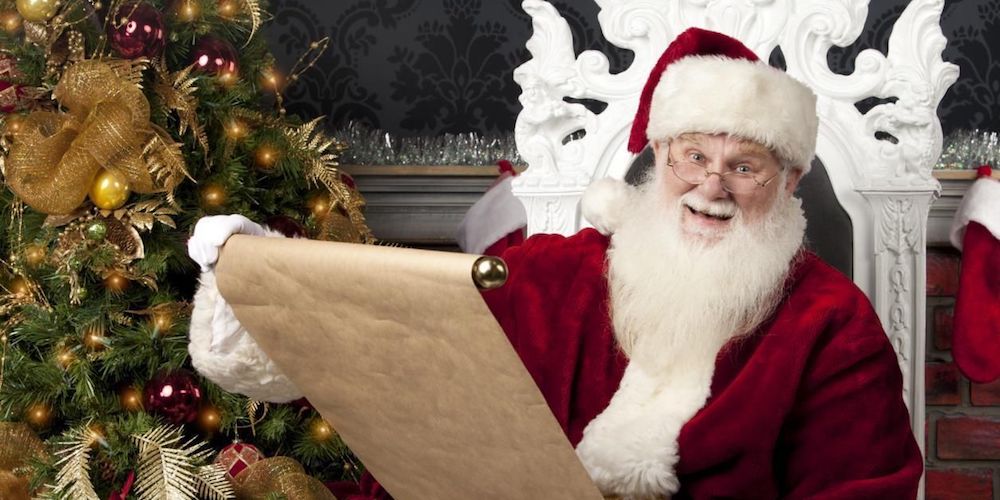