On RuPaul’s Drag Race you might love to hate Michelle Visage for her harsh comments — but after reading this, you’ll love to love her. On Monday night, a newly homeless teen known only as Jake reached out to her on Twitter. Jake came out to his parents and was kicked out of his home. (Awfully Christian of his folks, eh?)

Luckily, Visage was online at the time: 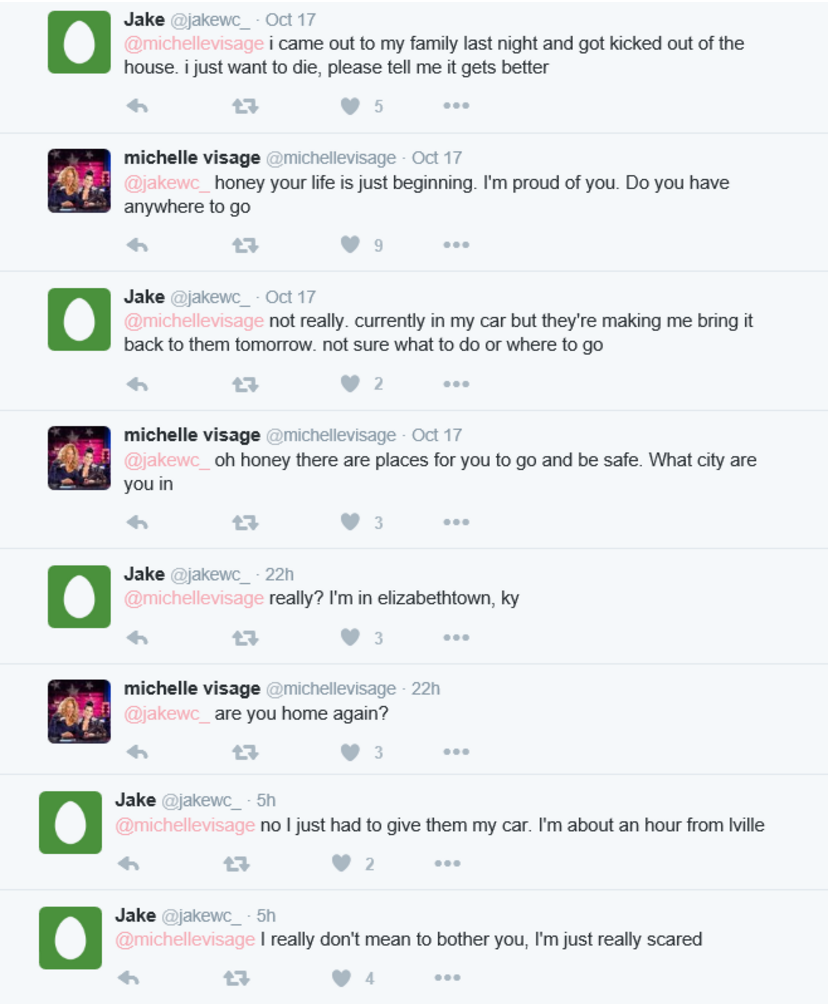 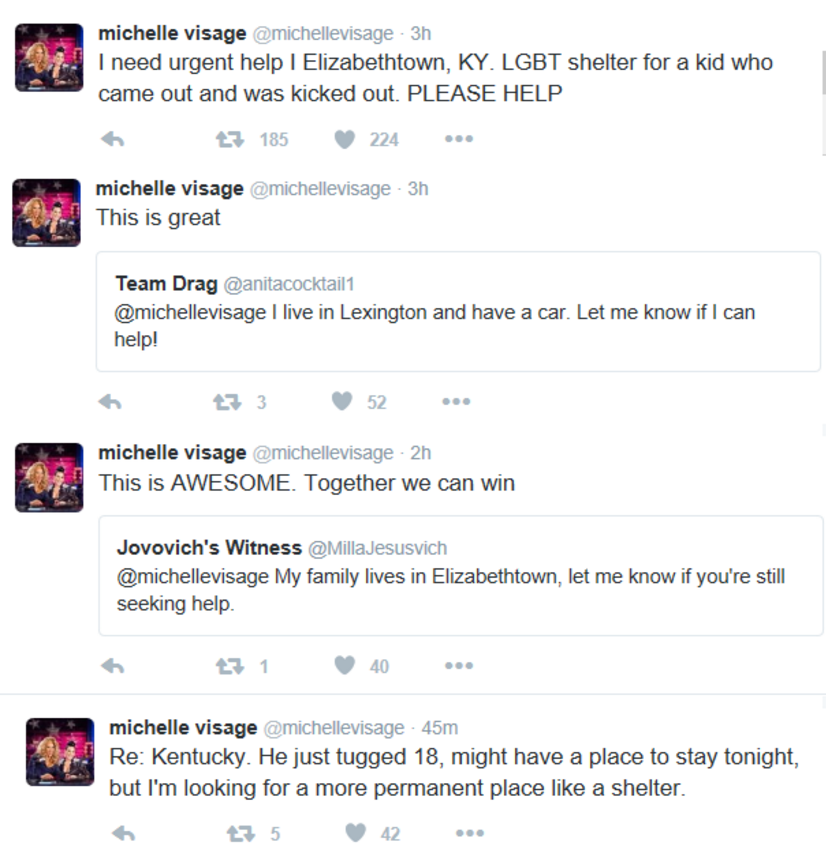 Wow, Michelle, after this, we take back everything we’ve ever screamed at the TV about you.

Did 'Animaniacs' Have Surprising Queer Elements Hiding in Plain Sight All This Time?
The 2nd Annual L.A. Kink Pride Kicks Off Today, Available to Live Stream All Week
5 Super Queer Gifts Perfect for the LGBTQ Friends and Family on Your Holiday Shopping List
Op/Ed: Tell Your Friends Who Rail Against Post-Thanksgiving Dinner Shopping to Suck on a Yam
English