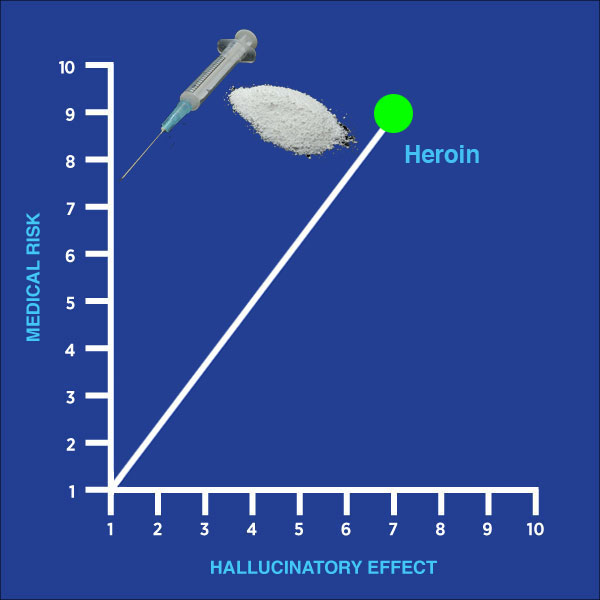 Created in 1874, death-by-heroin is making a comeback! It’s true: for reasons that nobody can quite explain, heroin deaths in Massachusetts this December were double what they were last year. Deaths in 2013 reached a 13-year high (no pun intended). One possible explanation: the introduction of fentanyl to heroin, a man-made painkiller that can be 100 times stronger than morphine.

Yes, you can smoke it or inject it (and some prefer to snort it). Heroin quickly produces a feeling of euphoria, which may distract you from your inability to breathe and freaked-out heartbeat. Death can come within minutes.

drug of the week heroin NSFW

5 Seminal Moments in Queer Punk Rock, Complete With Suggested Playlist
These LGBTQ Cosplayers Blend Fandom With Queer Self Expression
13 TV Witches of Past and Present Who Have Cast a Spell on the Small Screen
The Inside Story of the Protest That Legalized Gay Bars in America
English