Drug of the Week: Meow Meow

Written by Daniel Villarreal on March 23, 2015
Be first to like this. 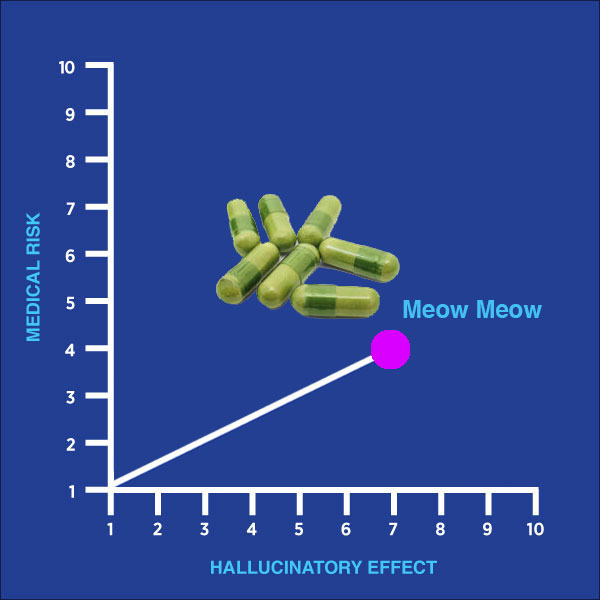 Everything about this drug is annoying, from its name to its effects. It’s an amphetamine that’s similar to MDMA (aka Ecstasy or Molly), and it makes you grind your teeth, dance, feel euphoric, experience hallucinations, and behave erratically. It can also make you more talkative and less inhibited.

The drug’s name most likely comes from the fact that its chemical compounds resemble those found in the eastern African khat plant (get it? Khat, meow meow). Not a lot is known about this drug, since it’s fairly new and research opportunities have been limited. But since its re-emergence in 2007, it’s quickly become a popular British clubbing drug and banned on both sides of Atlantic.

We do know the effects take hold within 15 to 45 minutes and can last two or three hours. They can also cause hallucinations, delusions, and depression or paranoia. Perhaps you’ve heard about the British teenager who took Meow Meow, stabbed his mom, and cut off his dick? A family friend explained to the press that the kid had started dabbling in drugs, “unfortunately.” There’s an understatement.

drug of the week NSFW