Drug of the Week: Nutmeg 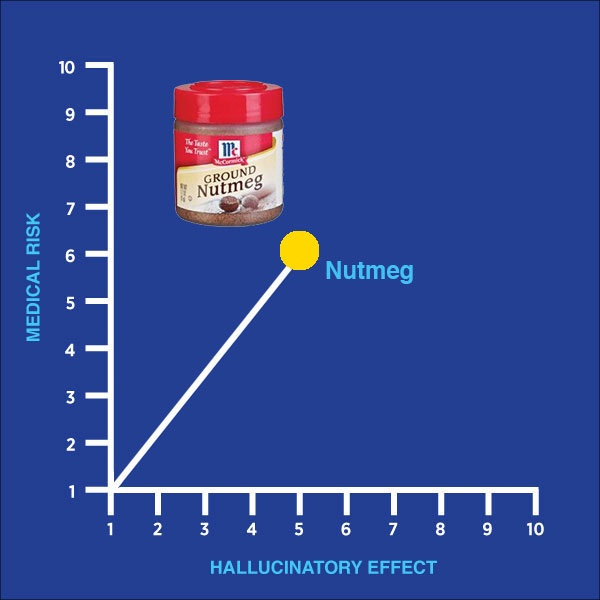 A sprinkle of nutmeg will make your mashed potatoes taste good. A fuckton of nutmeg will give you slight hallucinations, and maybe even land you in the hospital.

You can smoke or eat it — though getting high takes anywhere from a tablespoon up to a whole container — and the effects can range from psychedelic visuals, tactile sensations, and “feeling encased in mud” to forgetfulness, dizziness, and nausea that can last anywhere from 12 hours to two days. As far as we know, no one has ever died from a nutmeg overdose, though one user reportedly ended up on a respirator.

The secret ingredient is myristicin, a naturally-occurring component of the spice that can produce convulsions, pain, paranoia, and deliriousness. This is why you can’t buy nutmeg in any amount in Saudi Arabia, even though you’d need to consume a huge amount to feel much of anything. Hey, nobody ever said Saudi Arabia was reasonable.

Malcolm X observed that “a penny matchbox full of nutmeg had the kick of three or four reefers,” so that’s an endorsement right there.

From Twink to Twunk: A Look Back at Zac Efron's Swoon-Worthy Evolution
Hornet Users Are Now Connecting Over Interest-Based Feeds
5 Gay Board Games From Years Gone By, Including the Ultimate Leather Daddy Monopoly
Though The Native American Term 'Two-Spirit' Is Centuries Old, It's Often Misunderstood
English