Drug of the Week: Pruno 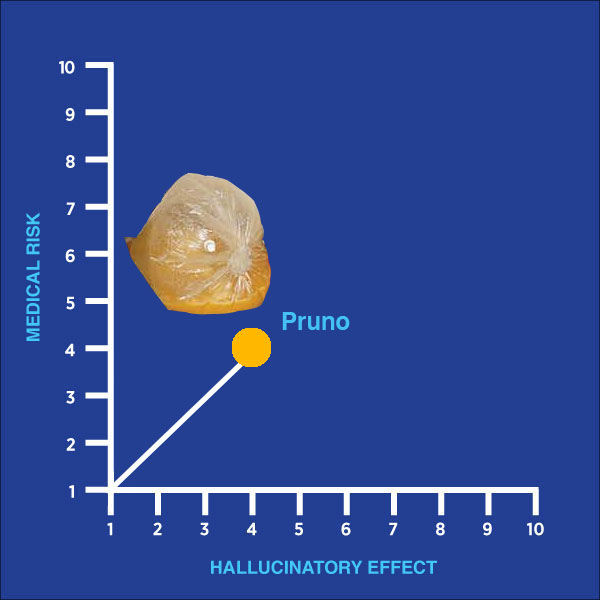 If you’re locked up in prison and need to improvise a boozy cocktail, you’re in luck: just let a bunch of apples sit in a plastic bag, add some sugar packets and ketchup, and maybe a little bread. Within a few days you’ll have a fermented and possibly poisonous drink that’ll fuck you up. It tastes terrible and if you use potatoes it could give you botulism.

Actually, the name Pruno came about because early versions of the wine were made with prunes, but the drink can be made with whatever fruits you have laying around, and it’s apparently been made in prisons around the world because hey, what else are you gonna do  (except maybe train cockroaches to deliver cigarettes to other cells)?

It also apparently used to be made with moldy bread, the thought being that moldy yeast would help speed up the fermentation process. True prison-wine connoisseurs strain the bag of fermented fruit and sugar through a sock to filter out the pulp. The end result can end yield an alcohol content from two to 14 percent — not bad for homemade hootch.

If you wanna make your own, you can find safe recipes online, but you might just want to wait until you end up in prison for tax evasion or impersonating an officer or whatever. Warning though: some prisons have banned fresh fruit from their cafeterias just to prevent Pruno production. Aww, nuts!

drug of the week NSFW prison