Drug of the Week: Sizzurp

Written by Daniel Villarreal on May 4, 2015
Be first to like this. 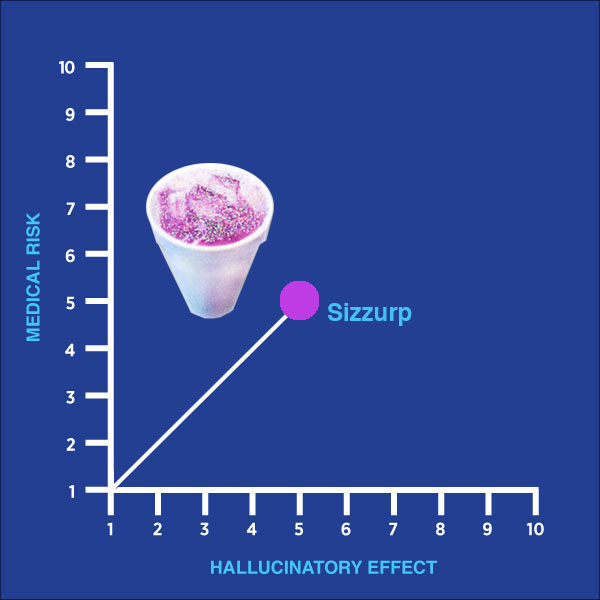 Typically, sizzurp comes in two varieties, depending on the cough syrup used to make it: either it’ll have codeine and promethazine — which can give you a feeling of euphoria, along with drowsiness, difficulty breathing, susceptibility to seizures, and addiction in larger doses — or it’ll have Dextromethorphan (DXM) which can cause dissociative properties like hallucinations, distorted sensory perception, and heightened excitability or even irregular heartbeat, spasms, and blackouts at high doses.

Sizzurp is purported to have put Lil’ Wayne in the hospital. Poor hospital. Also, the sugar in the drink is reportedly bad for your teeth. But any cold-sufferer drinking sizzurp at a party might appreciate the drink’s decongestant and cough suppressant effects — win-win!

drug of the week NSFW

These Hornet Users Had Our Favorite Posts of the Past Week
Read This Heartbreaking Gay World War II Soldier's Love Letter
Here's What Our Favorite Queer Personalities Are Saying About the Dave Chappelle / Netflix Controversy
How to Identify a Homosexual, According to a 1980 CIA Memo
English