Dumbledore and Gandalf Are Getting Gay-Married Tomorrow, For Reals

Written by Daniel Villarreal on June 6, 2015
Be first to like this.

Albus Dumbledore, the gay wizard from Rowling’s Harry Potter series, and Gandalf, the somewhat asexual wizard from J.R.R. Tolkien’s Lord of the Rings series, will wed tomorrow afternoon at the rainbow-colored Equality House across the street from the hideous anti-gay Westboro Baptist Church thanks in part to a tweet from Harry Potter author J.K. Rowling.

You see, when Ireland legalized national marriage equality last month, Rowling tweeted a meme of young Keanu Reeves having his mind blown by the thought of Dumbledore and Gandalf marrying.

Soon after, the reliable kooks at the WBC threatened to protest their wedding — the hypothetical wedding of two completely fictional characters that wasn’t even going to actually happen. Rather than let their threat go unchallenged, Rowling shot back a withering insult:

.@WBCsigns Alas, the sheer awesomeness of such a union in such a place would blow your tiny bigoted minds out of your thick sloping skulls.

Taking the challenge a step further, the Equality House and their associated non-profit (Planting Peace) decided to marry the two famous wizards by hiring to local actors and having the ceremony at their rainbow-colored house in Kansas. They’re simultaneously using the event as a fundraiser “to help counter the harmful messages of anti-LGBTQ groups,” though how they’ll use the funds is unclear.

Though they’ve only raised $860 of their $10,000 goal, the press and photos from the event are bound to be priceless. We want to see what the wedding cake and Maids of Honor look like. 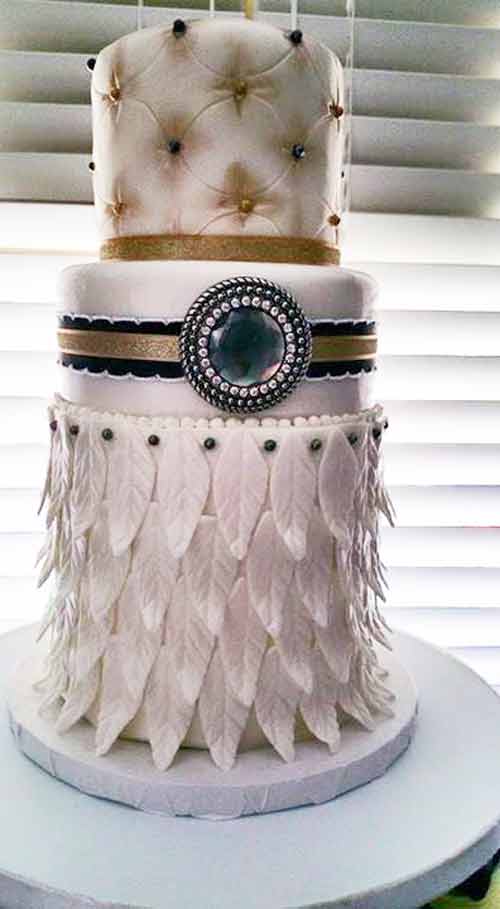 … and the happy couple!

And here’s some video from the event.

And guess who didn’t show up? The Westboro Baptist Church. Perhaps the wizards cast a spell to keep them out or maybe they worried that the event would blow their “tiny bigoted minds out of their thick sloping skulls.” Either way, it’s apparent — love is magical! Now gimme a slice of that crazy wizard cake.

Remember That Time Luigi Was Said to Be Promoting Lesbianism in a Video Game?
This Gay Aussie Comedian Says Skip the Vapid, Shirtless Selfie and Eat the Donut
The Top-Rated Pride Parade in the United States Is Actually Not New York City's
New Netflix Series 'Shadow and Bone' Is Likely to Be One of the Most Inclusive Fantasy Series Yet
English