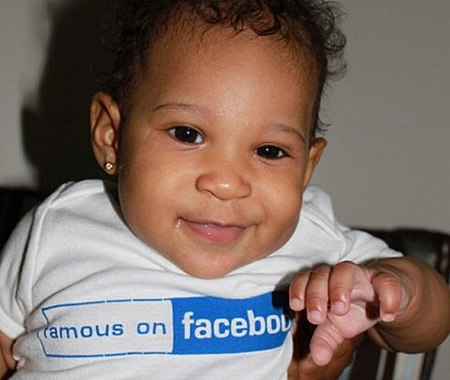 A popular Egyptian newspaper, Al-Ahram, has announced that a new father in the recently liberated nation has named his first born child “Facebook.” Social media obviously played a major roll in the successful protesting by the Egyptian people that led to dictatorial President Hosni Mubarek stepping down. But this poor girl!

But how will his daughter one day register for an actual Facebook account? Their real name culture will automatically flag the girl as spam, for sure. I suppose she has plenty of time to figure these things out.

The article in Al-Ahram looks a little something like this:

What’s that you say? No idea what that says? Fine. It translates to:

A young man in his twenties wanted to express his gratitude about the victories the youth of 25th of January have achieved and chose to express it in the form of naming his firstborn girl “Facebook” Jamal Ibrahim (his name.) The girl’s family, friends, and neighbors in the Ibrahimya region gathered around the new born to express their continuing support for the revolution that started on Facebook. “Facebook” received many gifts from the youth who were overjoyed by her arrival and the new name. A name [Facebook] that shocked the entire world.

There are currently 5 million Facebook users in Egypt, and now one little girl actually named after the social network.

But don’t you think “Google” has a nicer ring to it?

There’s No Easy Path to Asylum, But It’s Even More Difficult for Queer People
Gayest Episode Ever: ‘Seinfeld’ Killed It With ‘Not That There’s Anything Wrong With That’
This Instagram Account Full of Studs Also Provides a Powerful Gay History Lesson
Frankie Grande Shares ‘What Pride Means to Me’ Ahead of His Celeb-Studded Virtual Fundraiser
English