Last night history was made on television. Of course I’m talking about the most realistic girl fight ever depicted on TV. Orange Is The New Black? You’re on note. If “run them pearls!” doesn’t become the new “Fight me, Helen,” then I don’t know what.

This show is like finding out they’ve been injecting Krispy Kreme donuts with vitamins and antioxidants. There is real social commentary on the black community being made, and it’s perfectly wrapped up in the elements that make for truly addictive viewing, and the numbers don’t lie: more black people are watching Empire than the Super Bowl.

On paper, this series is like something Bill Hader’s SNL character Stefan would have written:

“Today’s hottest show is Empire, and it has everything. Metaphysical rebirthing classes with a rapper named Hakeem and his fifty-year old girlfriend, Blood Diamonds. A bipolar yacht club president married to a tall Kelly Ripa getting right with God. The Gay Mafia dangling Judd Nelson over balconies, then celebrating with Aussie-style BJs. Navy Seals having sex with baked goods on endangered species rugs. And a hip-hop mogul going natural for the last few episodes. The password is: Boo Boo Kitty.”

The latest trend with showrunners seems to be paying attention to the social media trending as their show airs, and Empire is no different. The audience immediately picked up on the (unfortunate) pattern of darker skinned characters being in subservient roles to their lighter-skinned counterparts, and the show addressed it — to some degree — in the two-hour season finale, having each of them take charge of themselves in some manner.

Becky — played by the outstanding Oscar-nominated Gabourey Sidibe — told her snappy boss, Lucious, “Uh, uh. You use an inside voice with Becky.” Porsha has consistently talked back to both Cookie and Lucious. And deliciously attractive Malcolm took the boss’s wife to a little cabin in the woods and got all John Legend in front of a crackling fire; sensual, sexual and with smooth tunes playing in the background as they get it on.

That particular scene with Malcolm and Cookie finally giving in was wonderful in many ways. First, Cookie nervously admitted that she’d only ever been with Lucious, and I can’t think of any show on television that had a former ex-con, hard-ass, ball-busting black woman of advanced years act shy about sex, for starters. Second, this show has consistently praised Taraji P. Henson’s gorgeously curvy figure, essentially putting her non-Hollywood stick-thin body on a pedestal, and I’ll just say she 100 percent deserves to be there. That is a beautiful woman. 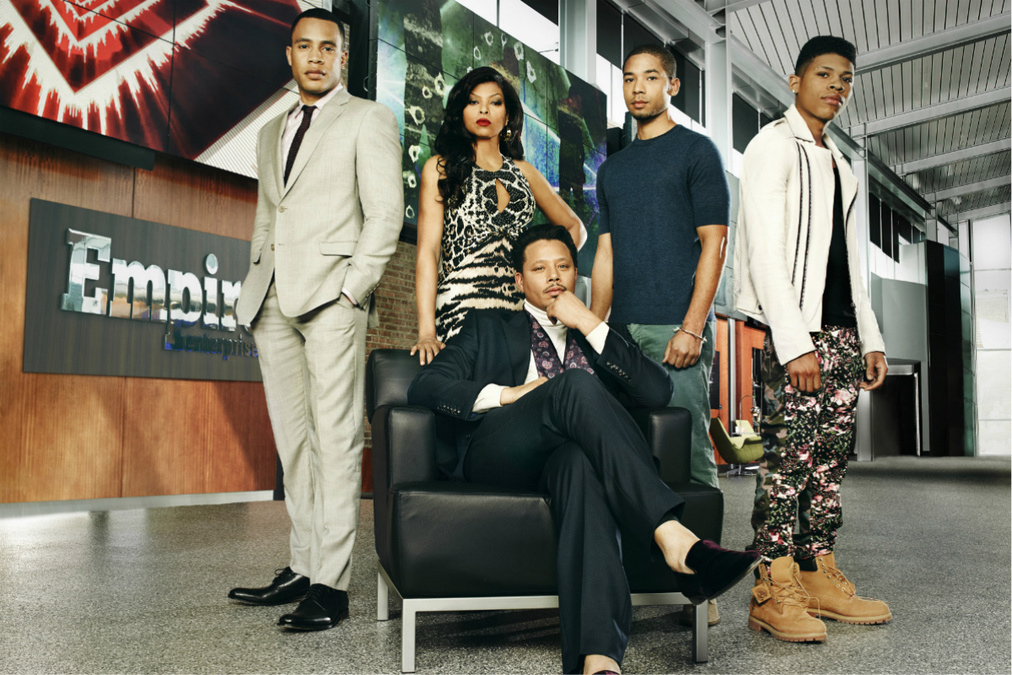 While it’s frustrating as the mother of two LGBTQ kids to hear casual use of the f-word, on Empire it’s not meant nor is it used in the same way of old. We had gratuitous use of slurs in the first two episodes when we find out Jamal is gay, but when Cookie used it, it was clear she didn’t know better. And throughout the course of this season, Cookie has been the very definition of “when you know better, you do better.” It was a wonderful progression that played out realistically onscreen. Even Lucious came around in the finale, giving Jamal a king’s sceptre (although there was a queen allusion).

Cookie also had to educate herself about mental illness, something that traditionally is an issue in many black communities. She said it herself, “Uh, uh, my son don’t have no bipolar. That’s a white people disease.” But there was no denying Andre’s psychotic break. Although his mental illness wasn’t really handled as well as the other storylines — Andre meets a pretty lady at church and gets right with God? Really? They prayed the bipolar away? — at least they’re not shying away from the subject matter. Empire got people talking, as all good media strives to do.

It’s not without its problems, though. I grew up in the ’80s, so it could be that I’m spoiled by amazing MCs like Chuck D, Q-Tip, and Grandmaster Flash because some of the rapping on the show is… not very good. That rap-battle anyone? Fool, you don’t sing at a rap battle. And Drip-drop? Good lord. It got real close to Gangster GLEE there last night. There is no need to auto-tune every damn note, Timbaland. Also, the way they depict the music industry isn’t how it works. Not at all. Lucious’s diagnosis of ALS actually being Deux a Machina. And whoever keeps dressing Boo Boo Kitty needs to cut it out with those necklines, because it looks like she’s got her stuff on backwards. Ain’t nobody trying to look like Kris Kross anymore, okay?

Then you have tall Kelly Rippa inexplicably telling her black husband that they couldn’t call the police when she accidentally killed Vernon in self-defense, because the cops might not believe her, a blonde white woman. I mean, props to the show for depicting a utopia where black and white are treated equally, but in the real world, we all sadly know that her being white would have been a sufficient defense. I mean, not a half hour before we saw Ms. Patti Labelle giving a shout out to #BlackLivesMatter, which was a thing of beauty.

But that other stuff — subpar rapping, the retconning of a disease to keep the star around longer, etc. — doesn’t really matter. Well, the neckline does because Anika seriously looks like a Barbie with her head put back on the wrong way. Because what the show gets right — family dynamics, the hubris of man, the often unspoken problems within the black community — it gets right.

All of the over-the-top elements keep the show from bogging down, allowing it to run at a fast clip. I mean, come the hell on, Lucious giving Cookie a miniature pillow because she tried to smother him in his Ambien-induced sleep? [kisses fingers] Lucious getting a baby off Jamal’s That’s So Raven beard? Hakeem hooking up with Boo Boo Kitty to get back at his dad? No, okay, that was just nasty. And that is why Cookie was totally justified in trying to snatch Anika bald-headed.

The show opens with Cookie coming out of jail, fired up and ready to get back what was hers, and we end with Lucious behind bars, getting amped up to do the same. Tall Kelly Ripa is pregnant and that seems to get Andre to focus on maybe taking his meds, Hakeem thinks an eighteen year old is ready to run a multi-national publicly-traded company, and Jamal—the least likely to turn into his father — seems halfway there. I can’t think of a show that had a gay black man welcomed by his gangster father and handed the keys to the kingdom.

On the surface it may just look like some Wednesday night fun, but Empire has strong bones holding it all together. And it’s about damn time television depicted more than just stereotypes and gave us real, multi-dimensional people of color on screen. From How To Get Away With Murder to Scandal to Empire, the top dramas on television today are all black-focused. Now if we could just get some Latinos up in this Hip-Hop, it’ll be perfect.

Laura Stone is a novelist, media junkie and the head writer at Hey, Don’t Judge Me, but can usually be found trolling the wine aisle and trying not to pop and lock to grocery store music.

10 Songs That Shouldn't Be Played at a Gay Wedding (Seriously, Just Don't)
Here’s Why Some People Are Calling Mister Rogers a Bisexual Icon
Shudder's Holiday Horror Film 'The Advent Calendar' Intros a Potentially Iconic New Monster
10 Styles From the '90s That Definitely Deserve a Comeback
English