Enrique Iglesias: I Have The Smallest Penis in the World. (Seriously) 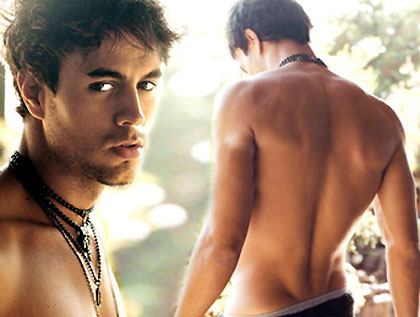 It’s been a big day for little penises here at Unicorn Booty. No, no, not ours. We can safely vouch for the simultaneous beauties and beasts that are the Unicorn Booty staff penises. It’s kind of one of the benefits of sleeping with your business partner.

We’ve got some bad news, Enrique fans. That is, unless you had up until this moment believed that YOU were in possession of the smallest penis in the world.

Enrique Iglesias, drunk on whiskey and antibiotics got his overshare on at a recent concert.

The Spanish singer stunned gig-goers by going into excruciating details about his shortcomings in the trouser department.

Onlookers were left baffled by his odd behaviour at the gig in Melbourne, Australia, on Tuesday night — which also included an episode where he discussed losing his virginity.

During the bizarre 20-minute interlude he declared: “I have the smallest penis in the world. I’m serious.”

He began the unexpected behaviour by inviting three men from the audience to join him on stage.

[When an] audience member said the singer’s “good looks” would be great for getting ladies, Iglesias then asked: “What does Spanish good looks have to do with the size of your penis? Maybe I have the Spanish looks but I have the smallest penis in the world. I’m serious.”

The singer then asked his companions to lift their shirts so they could all compare chests.

During the bizarre chat the four knocked back shots of whisky.

Iglesias told the crowd that he was on antibiotics and should not have been mixing them with alcohol.

But how is he sure? Is this the kind of thing that they give trophies out for? And even then, where would you keep it? On the mantle? In the studio next to the Grammy’s? Decisions, decisions!

Ageism and Dating: You Are Not 'Too Old' for Anything or Anyone
Austin Crute, a Quadruple Threat, Is Our Swoon-Worthy Guy of the Week
In Need of a Good Cry? Try One of These LGBTQ Films Beloved by Queer Movie Buffs
Can 'Hogwarts Legacy' Actually Distance Itself From JK Rowling's Transphobic Ideology?
English