Written by Alexander Kacala on May 4, 2017
Be first to like this.

On Thursday, Donald Trump signed the Executive Order on Promoting Free Speech and Religious Liberty to coincide with the National Day of Prayer.

“Faith is deeply embedded into the history of our country, the spirit of our founding and the soul of our nation,” Trump said in the Rose Garden at a National Day of Prayer event. “We will not allow people of faith to be targeted, bullied or silenced anymore.”

Trump declared his administration would be “leading by example” on religious liberty in the United States. The government, he added, has been used as “a weapon” against religion and people of faith.

“We are giving our churches their voices back,” Trump said.

Trump’s executive order calls for easing of Internal Revenue Service enforcement of the Johnson Amendment, a law which prohibits churches from getting directly involved in political campaigns.

The order also aims to make it easier for employers with religious objections not to include contraception coverage in workers’ health care plans, although it would be up to federal agencies to determine how that would happen.

But what does this executive order mean for the LGBT community?

An earlier version of the order, which had previously leaked to The Nation, would have provided sweeping legal protections for people to claim religious exemptions, provisions that civil liberties groups claimed would allow for discrimination against LGBT Americans.

The actual order Trump signed is more modest in scope. By directing the IRS to use its discretion in enforcing the Johnson Amendment, religious organizations are likely to escape punishment for backing political candidates. Religious leaders have argued the provision stifles their rights to free speech.

While only Congress can formally do away with the Johnson Amendment, the newly signed executive order will pave the way for churches and other religious leaders to speak openly about politics and endorse candidates without worrying about losing their tax-exempt status.

Criticizing the Johnson Amendment as a violation of free speech rights, Trump views his actions as fulfillment of a campaign pledge. “I talked about it a lot” during last year’s presidential campaign, and “promised to take action,” he said. “I won.”

The order also “declares that it is the policy of the administration to protect and vigorously promote religious liberty.”

A day before the signing, civil rights groups such as the American Civil Liberties Union and the Human Rights Campaign were preparing to fight Trump’s order, worried that it would allow people to deny benefits or services to gays and women using birth control, and to discriminate against others they oppose.

Religious conservatives have long pushed Trump to fulfill his campaign promise to protect religious liberty, which they say the Obama administration undermined by imposing national nondiscrimination policies and making it possible for employees to obtain birth control even if their employers did not offer it for religious reasons.

But some are already expressing their disappointment with what they considered the vague nature of Thursday’s order.

Citing an Agriculture Department order that required a Michigan meatpacking plant to remove literature objecting to same-sex marriage from a break room table in 2015, senior counsel at the Alliance Defending Freedom, Gregory S. Baylor, said Trump’s order offers “no specific relief” to people “threatened with the effective closure of their family-run business for simply expressing a religious point of view on marriage that differed from that of the federal government.”

Religious organizations such as the Alliance Defending Freedom said “the order did not adequately address the worries of people who fear government sanction if they refuse to provide services or benefits on religious or moral grounds.”

“The Trump administration recognizes and understands the anti-faith policies of the previous administration and will be issuing guidance government-wide ensuring religious beliefs and actions are respected,” said Tony Perkins, president of the Family Research Council, an anti-gay hate group.

Calling it a “good first step,” Perkins claimed that “the open season on Christians and other people of faith is coming to a close.”

While the LGBT community may be safe after this executive order, Trump is obviously trying to win over the religious right by maintaining his overarching campaign promises regarding religious freedom. Thankfully, Thursday’s order doesn’t allow federal contractors to discriminate against LGBT employees based on faith beliefs.

However, if the religious right isn’t happy, he could easily sign something else down the road to appease that base. 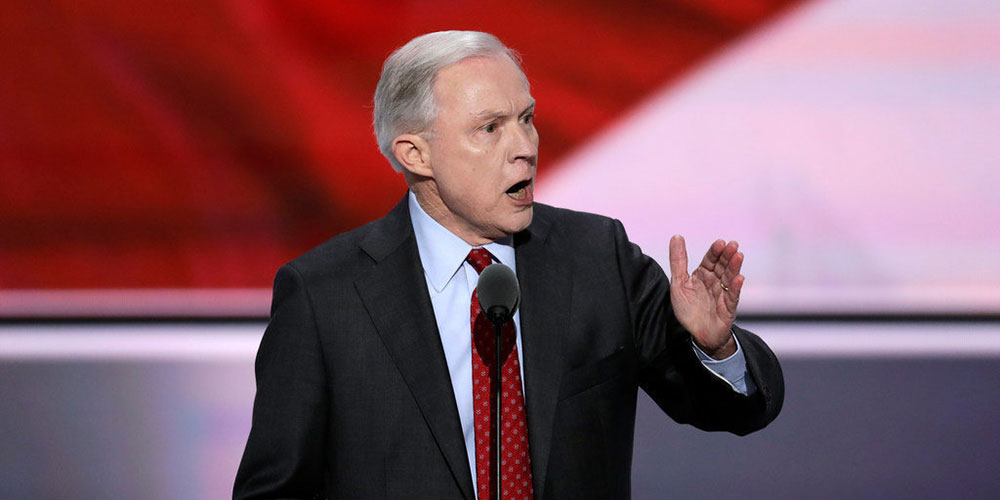