The BBC has just released the first image of Jodie Whittaker wearing her costume as the first female Doctor Who. In the image, she’s standing in a field with the TARDIS behind her. And we kind of love her costume — her trench coat and rainbow shirt give us sort of a Tom Baker vibe. And, well, those suspenders are great.

Whittaker is the first woman to land the role. In-story, the Doctor has the ability to regenerate after being killed, coming back with a new body. Of course, the main reason for regenerations is when the actor playing the Doctor leaves the role.

RELATED | ‘Doctor Who’ Gets His First Gay Companion

Initially, Doctors were said to only have 13 possible regeneratons — meaning Whittaker would be the last. However, in 2010, that changed; in the episode “Death of the Doctor,” it was revealed Doctors can regenerate 507 times.

Whittaker will appear as the new Doctor in this year’s Christmas special, taking over the role from Peter Capaldi.

When she was first announced, there was outcry from the typical corners of the Internet — mostly white men threatened by diversity. When she was asked about taking the role, Whittaker said:

“I want to tell the fans not to be scared by my gender. This is a really exciting time and Doctor Who represents everything that’s exciting about change. I’m beyond excited to begin this epic journey — with Chris and with every Whovian on this planet. It’s more than an honor to play the Doctor. It means remembering everyone I used to be, while stepping forward to embrace everything the Doctor stands for: hope. I can’t wait.”

We’ve also got word about the new Doctor’s companions. They are named Graham, Ryan and Yasmin, and are played by Bradley Walsh, Tosin Cole and Mandip Gill respectively.

Our first look at Jodie Whittaker as the first female Doctor Who: 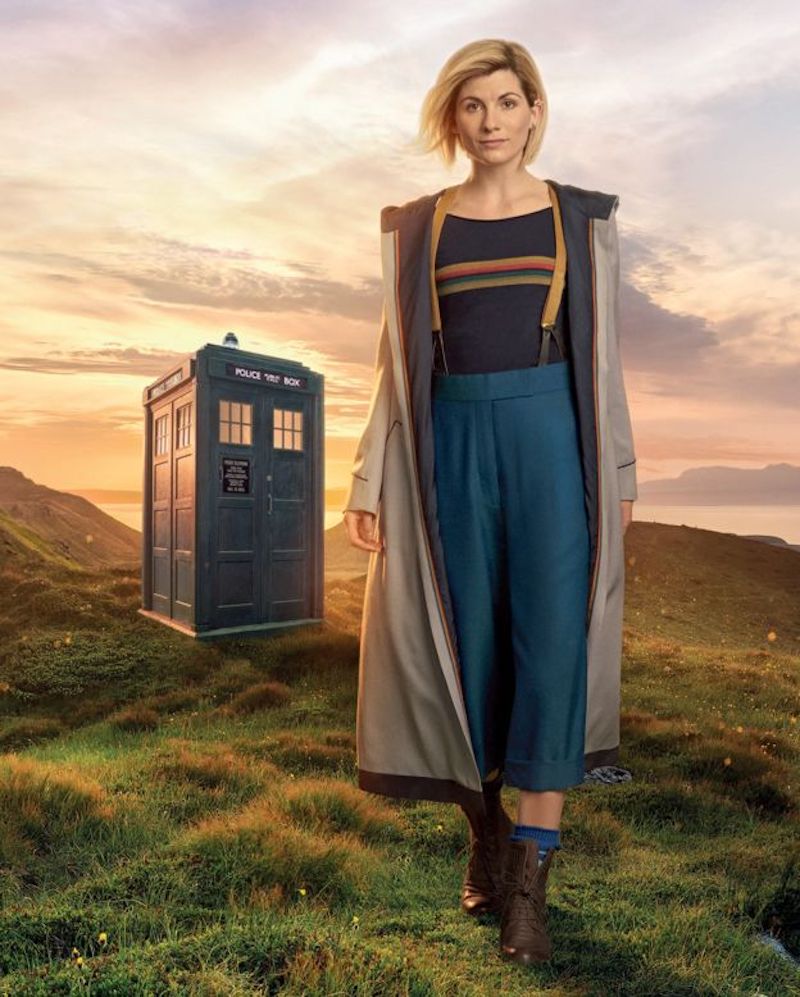 We've Rounded Up Some of Our Favorite LGBTQ Etsy Shops and Artists
Secrets and Adorable Details Are Hidden in the Anime Classic 'My Neighbor Totoro'
Chechnya's Horrific 'Gay Purge': A 4-Year Timeline of Abduction, Torture and Murder
Here's Everything We Know (So Far) About 'American Horror Story' Season 10
English