Written by Daniel Villarreal on March 03, 2019
Be first to like this. 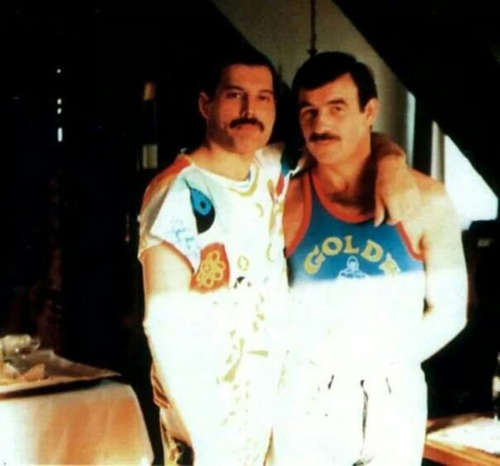 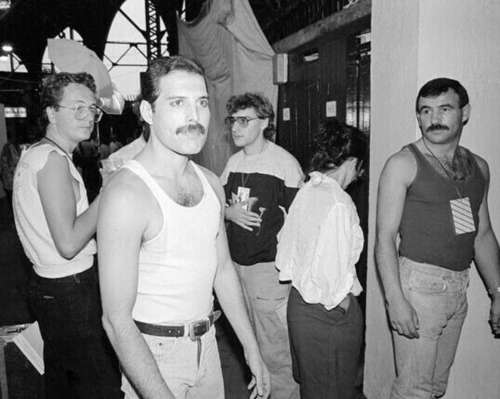 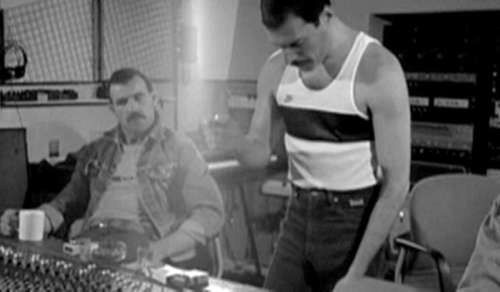 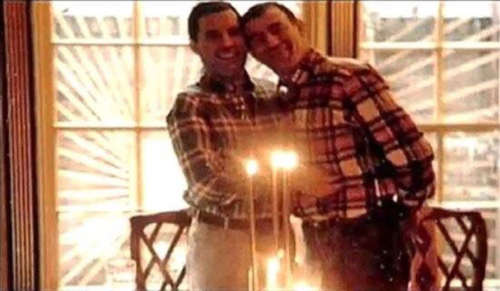 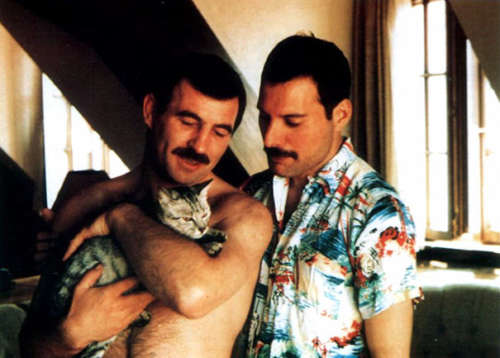 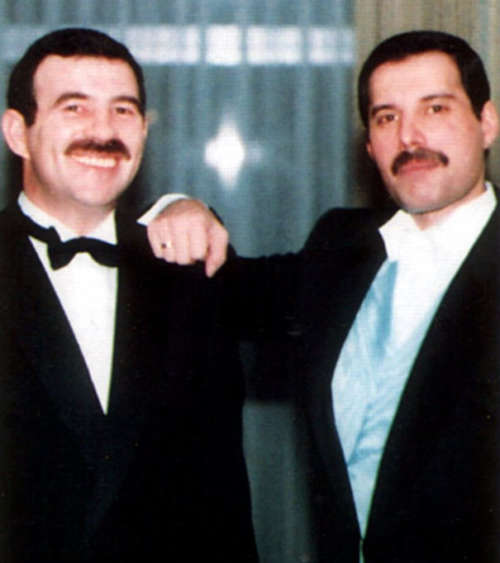 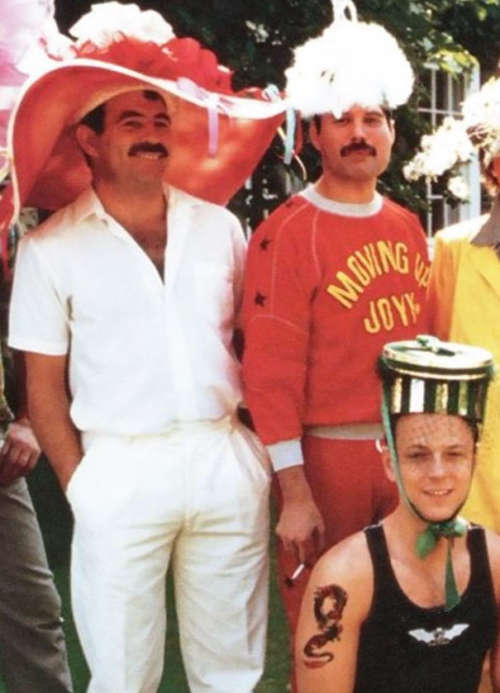 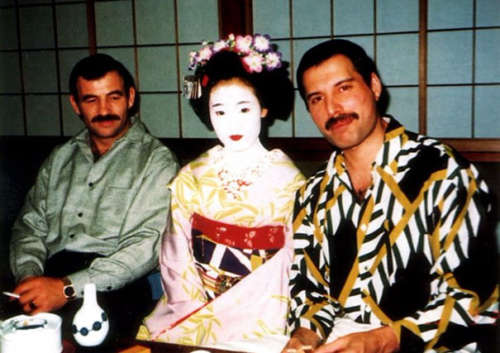 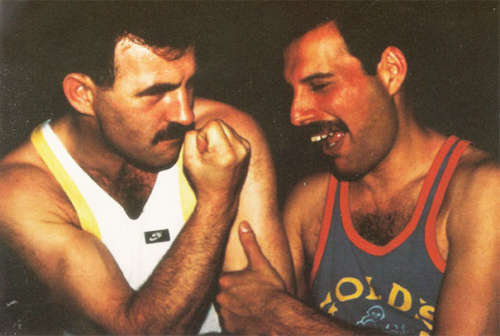 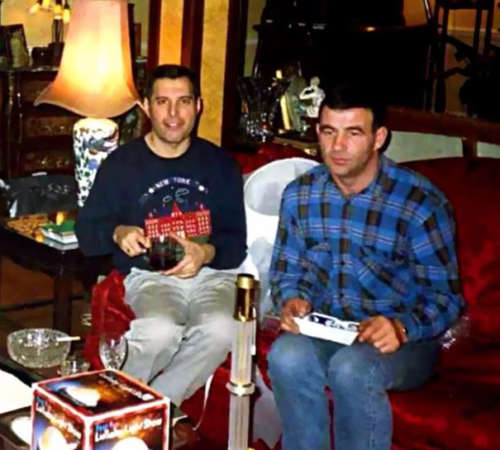 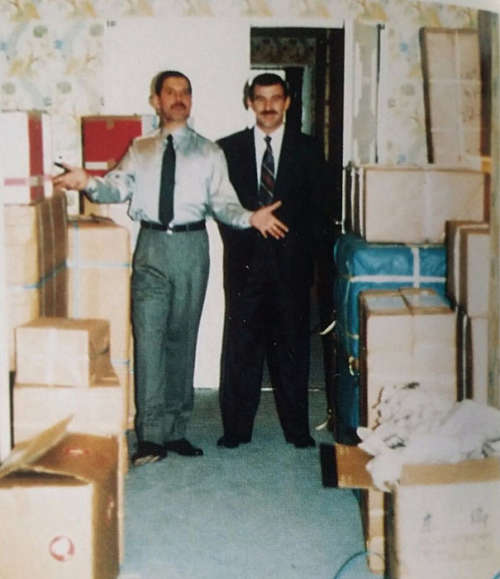 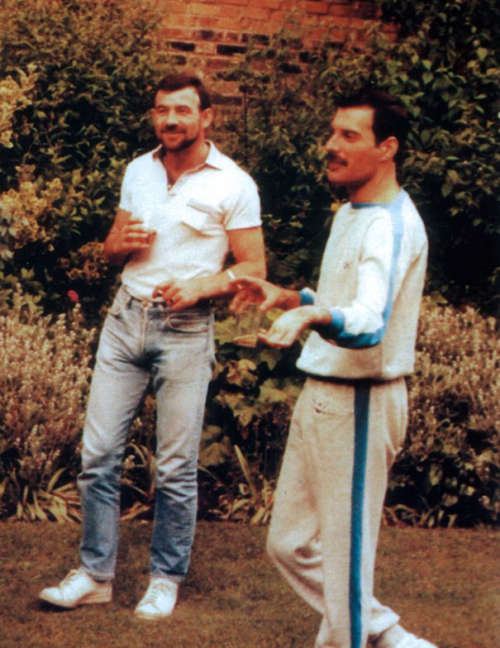 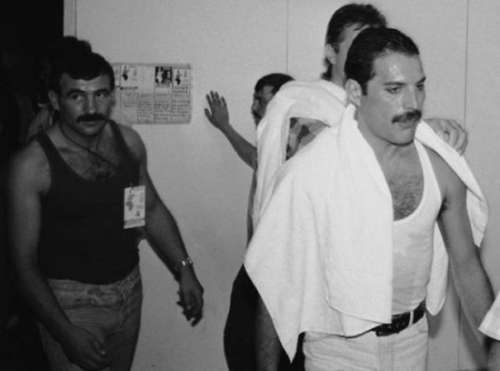 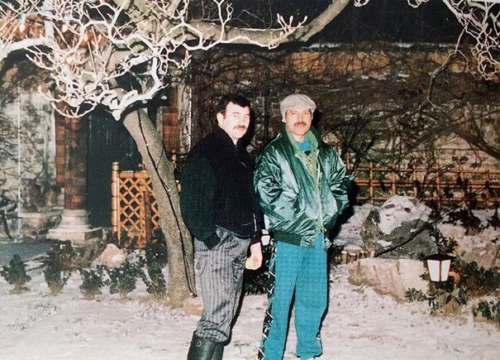 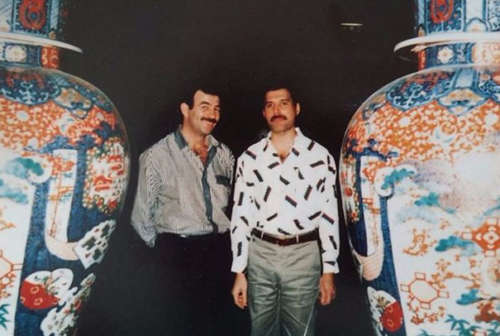 Two sites have recently shared pictures of them together, so we created a gallery of them along with some insights into their relationship.

Hutton was an Irish-born barber who met Mercury at a gay nightclub in 1983. Hutton turned down the famous singer when he first met him and says that he slept with Mercury without knowing who he was. When Mercury later informed him of his full name and identity, Hutton says he still didn’t really know who he was.

Though Hutton claims that he wasn’t starstruck by Mercury, he admitted that “tears welled up and the hairs on my neck stood on end” when he saw Mercury “ up there controlling that crowd” at Mercury’s iconic 1985 Live Aid performance.

According to Hutton, the two men were very different: “Freddie was sensitive, shy, had terrible mood swings and wanted his own way,” Hutton said. “I’m quiet and don’t have much of a character… unless you pour a few gallons of beer down me.”

Hutton moved into Mercury’s £4 million mansion two years after the men first met, but Hutton never joined Mercury on his world tours. He did however help care for Mercury during the last six or seven years before Mercury died of AIDS-related illness on Nov. 24, 1991. Hutton later published a 1994 memoir about their relationship entitled Mercury and Me.

Of their relationship, Hutton said:

“Freddie was slight and not the sort of man I found attractive. When he got the urge for sex, there was no stopping him. I wanted to give him a black eye a few times. But we gave each other love. We didn’t have fisticuffs, just verbal fights. Then he’d give me the silent treatment – the last time it lasted over a week.

The night before Valentine’s Day, we had a big fight — I don’t know why — and he was giving me the silent treatment. I got him three dozen blue moon roses. I took them to him in bed where he was with his cup of tea and two doughnuts — one for him and one for his cat, Delilah. He just grunted.”

Above is a gallery of the couple and below is an adorable video of Mercury camping it up in a bubble bath, wearing a bubble wig as Hutton plays along.

or Download the App to read the latest stories