French Election Results: Macron and Le Pen Are the Finalists, But How Do They Differ on LGBTs?

Written by Christophe Martet on April 23, 2017
Be first to like this.

Today, at the end of round one, French election results show the two finalists to emerge as Emmanuel Macron and Marine Le Pen, with 23.7% and 21.7% of the vote, respectively (estimated by France Television).

Here we present their proposals on LGBT issues, as they were written in their program.

For his first participation in a presidential election, it’s commendable that he emerged in first place. Emmanuel Macron, 39, a center-right candidate, was also the big winner when we previously consulted Hornet’s gay male users on the upcoming election. More than 3,200 Hornet users responded, and Macron obtained 38.1% of their votes in the first round. Interestingly, our survey took place not long after Macron had made a statement seemingly in support of gay marriage opponents “Manif pour tous,” saying they had been “humiliated” during the Hollande presidency.

As the youngest candidate, Macron tries to please both the left and the right. On LGBT issues, his program is silent, although a few days before the first round, Macron published an “open letter to the LGBTI community” on his website, detailing the steps he would take if he were elected president.

Recognizing that the freedom to be who we are is “far from being acquired” for LGBTs, Macron says he wants to be “intractable” against hatred. This occurs in schools, through the training of civil servants, and by fighting discrimination. The letter reaffirmed his support for the opening of PMA (Assisted Medical Procreation) to lesbian couples after ethical advice. Macron also reiterated his opposition to the GPA but pledged that children born to GPA surrogate mothers would be recognized in the civil register.

During his meeting on April 19 in Paris, a kisscam had filmed the kisses of several gay couples. 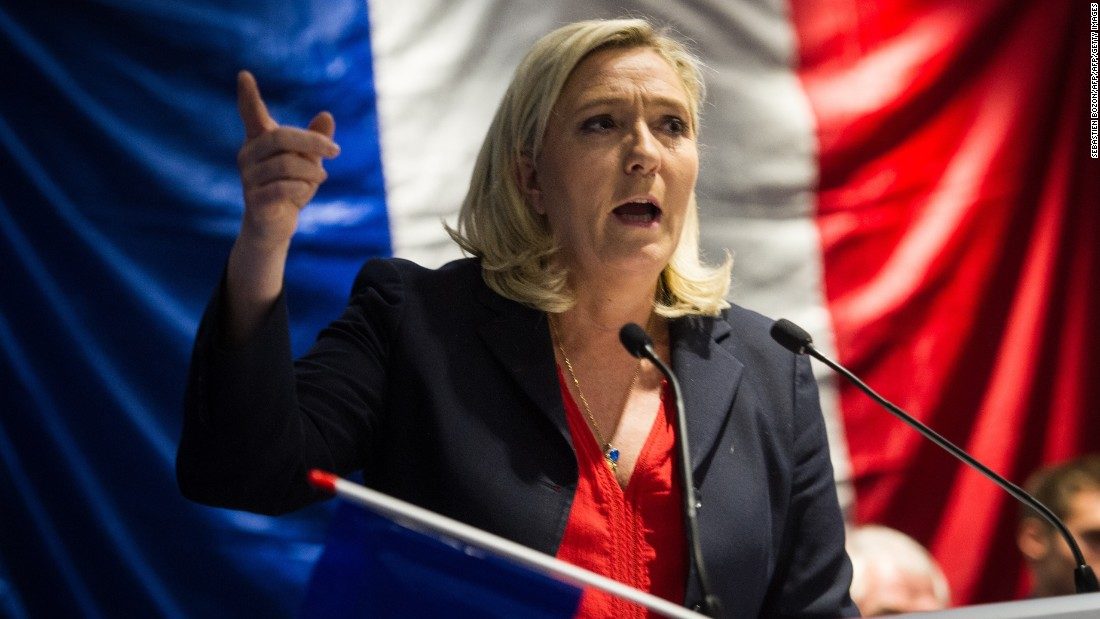 Le Pen, 48, was leading the polls for the first round (and came second in our consultation) but has been trying for several years to give herself a gay-friendly image. But her platform has emerged as the most violent and anti-equality of all lead candidates.

Commitment No. 87, in the catalog of 144 measures presented in early February, is devoted to LGBT issues.

“In the face of pressure from supranational authorities, maintain the ban on GPA and reserve PMA as a medical response to infertility problems. Create a civil union (enhanced PACS) that will replace the provisions of the Taubira law without retroactive effect.”

If Le Pen were to prevail in the second round, same-sex marriage would be abolished, with no new rights envisaged.

The second round of the French presidential election takes place in 15 days, on Sunday, May 7.

Then the legislative elections to choose the 577 deputies of the new National Assembly will be held on June 11 and 18.