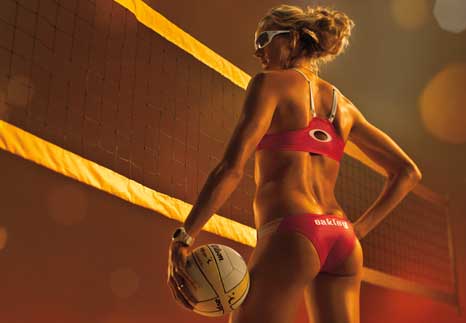 A furry is a person who dresses in animal costumes. A volleyball player is an athlete who spikes balls to score points. Both enjoy getting together in groups of like-minded folks; neither likes being harassed.

At first, the two groups got along without incident. And then, a Twitter user who goes by the name “Hottie McThottie” (probably not her Christian name) had something unkind to say:

TIL: Pretending to be fake animal people is inherently disgusting (@em_mcmath says so). GUYS I HAD NO IDEA pic.twitter.com/y7t5DV9AT1

Of course, the furries did not care for that.

In fact, she’s written about furries before!

But on this particular night she was displeased about furries. Then a friend chimed in to agree:

The furries all piled in after that to voice their displeasure.

@nbowa @Camille__Finley @em_mcmath @sabbs_4972 I dunno, I used to play in volleyball tournaments. I've seen some terrifying things there! :3

@Camille__Finley @em_mcmath @sabbs_4972 But we're not scary we just want to shed on your sofa and give you hugs. Why do you hate us, racist?

@Camille__Finley please stop spreading false information about a group of people you know nothing about. @em_mcmath @sabbs_4972 @RahneKallon

@em_mcmath why dont people learn, if you talk about furrys and stuff then furry accounts will find you and then this'll happen. The end.

Hottie’s Twitter inbox was clearly blowing up at this point, because she then tweeted this:

LolZ RT @em_mcmath: ALL THESE FURRY ACCOUNTS ARE RETWEETING ME

Someone photoshopped a fursuit head on someone’s volleyball pic, which is a little unkind, but we’re not sure to whom.

But a lot of the furries were actually pretty nice about it.

@em_mcmath I admit, I was amused by your initial tweets about the con, but no one deserves harassment, and I'm sorry you dealt with that 🙁

@em_mcmath If it's any consolation, furries have the attention span of a goldfish, and this will be forgotten by dinnertime tomorrow.

At the end of the day everyone calmed down and felt pretty chill about the whole thing.

@em_mcmath o.o I sincerely apologize on behalf of those of us who would never do such a thing. *Gives balloon* pic.twitter.com/lODBY1Gg4G

Good job, everyone! See you at ConFuzzled (May 22 to 26 in Birmingham, England).

Here's How to Throw Your Own 'To Wong Foo'-Worthy Strawberry Social
Seeking a Sex-Positive Therapist? Here Are the 12 Questions You Should Ask Them
Mozart Once Wrote a Six-Part Canon About the Ultimate Spiteful Rimjob
These 5 Video Game Characters Illustrate the Evolution of Trans Representation in Gaming
English