Written by Alexander Kacala on June 18, 2017
Be first to like this.

This year, over 12 million people across the globe are part of one of the 76,000 Facebook Groups in support of the LGBTQ community, and more than 1.5 million people plan to participate in one of the more than 7,500 Pride events on Facebook. One of those groups is Gay Fathers, a family-friendly networking place for gay dads and families.

Gay Fathers was started by Brian Copeland with the help of some friends to provide a safe space for gay dads looking for parenting advice and support. The group has since grown to over 5,000 members, resulting in countless local meet ups amongst LGBT families and over 100 children placements for adoption and foster care by LGBT parents.

One of those meet ups was when Copeland recently hosted a pool party of thirteen gay couples with all of their kids. There was also a group of families from Gay Fathers that went to Dollywood and Disneyworld together.

Copeland will attend the first-ever Facebook Communities Summit event taking place in Chicago June 22 and 23. Facebook founder Mark Zuckerberg will be attending the event, which brings together hundreds of Facebook Group admins that lead supportive communities on Facebook, such as Gay Fathers.

Brian Copeland shared with us five misconceptions he finds gay dads face and why they’re wrong.

1. All gay dads adopted their children.

While adopting is quite common, there are numerous pathways to parenthood. Whether by surrogacy, fostering, divorce, or custody by the death of a loved one, each pathway is precious to the father.

One of the joys of being a gay father is you can take on every role at any given time based on the need. To think that one is only the nurturer and the other is the disciplinarian is an outdated notion. Also, to believe that every gay father has a spouse is false. Many single fathers are raising amazing kids.

I can’t tell you the times people have embarrassed themselves by saying “Where’s mom tonight” or “Wow, some ladies got lucky and got the night off.”

4. All gay dads are wealthy.

People automatically assume that two guys with two incomes are loaded. Many gay fathers share the same struggles every family experiences financially. Oftentimes, the obstacles are greater as legal fees and cost of parenthood pathway can be financially overwhelming.

5. Gay fathers’ children are more likely to be LGBT.

I had to erase this one multiple times, because the stupidity of the statement doesn’t deserve a spot on my computer screen. Unfortunately, we often hear this statement. Oddly enough, I’m surrounded by gay parents (mothers and fathers, trans and cis), and none that I know of have LGBT children. If they do, those are some lucky kids!

Find out more info about the group Gay Fathers here. 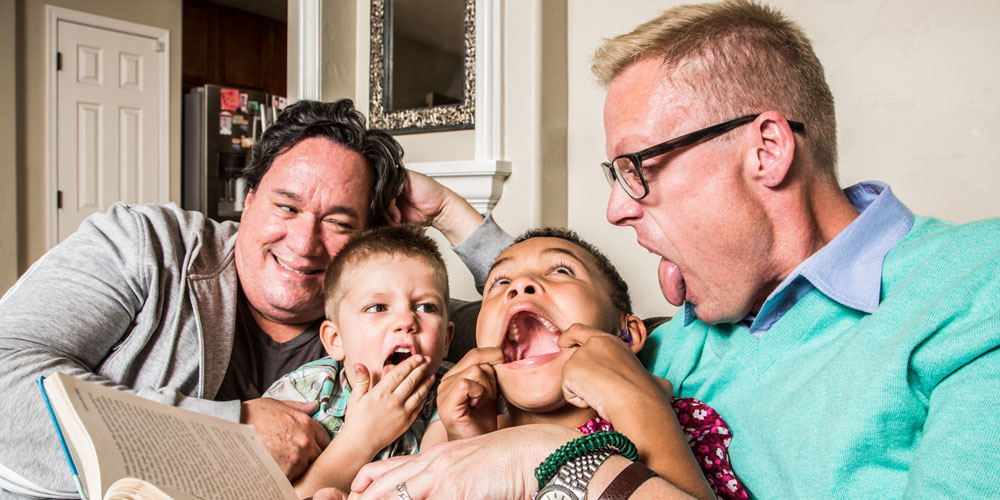