John 13:34 says “love one another”. That was a long time ago, though, and who reads books these days anyways? So maybe the Woods Chapel General Baptist Church in Brookland, Arkansas hadn’t heard that phrase before. What other explanation could there be for kicking Dylan Settles out of the church for coming out?

Dylan Settles posted the letter he was sent to Facebook:

What more can you say when people decide to be ignorant? But just to make this sad story into a learning experience, the editors of Unicorn Booty have applied their trade to the letter from Woods Chapel… and, yes, that’s the correct spelling: 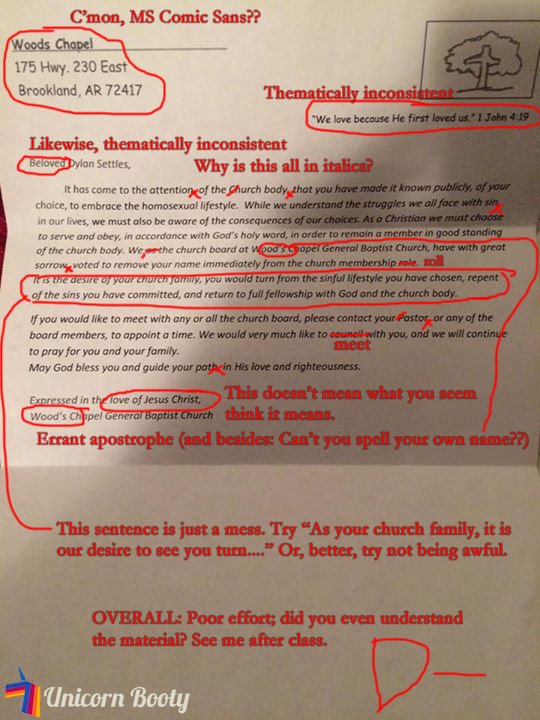 A 1971 John Wayne Interview Reveals the On-Screen Cowboy to Be a Homophobic Racist
Forget New Year’s Resolutions and Try These 3 Life Coach-Tested Approaches Instead
Prevent Jet Lag During Your Holiday Travels With These 5 Simple Hacks
We've Found the Perfect Gifts for Any Occasion, and They're From Pansy Ass Ceramics
English