10 Scary but True Stories of Gay Psychopaths and Murderers

Straight people commit the majority of freaky sex crimes and murders, but the equality train rolls on! Reports are coming from Colorado of Sean Crumpler, a man accused of providing a home for homeless runaways in exchange for being his sex slave, branding his victims with tattoos of his name and a stone bird in his neighborhood. Here are some more horrifying stories you might not have heard of criminals and their gay sex crimes!

Kenneth Parnell kidnapped Steven Steiner, a seven-year-old boy in 1972. Parnell kept Steiner for seven years, pretending to be the boy’s father, while molesting him repeatedly. Even though the Steiner abduction became national news, and the basis of the TV movie I Know My Name Is Steven, that wasn’t his only crime. While still with Steiner, he also kidnapped and abused Timmy White. He was arrested in 1981, and served five years of a seven year sentence for the kidnapping (but not the sexual abuse). In 2000, after living in Berkeley, California under an assumed name, he was arrested again for attempting to purchase a four-year-old boy for $500. This time, he was sentenced to 25 years to life in prison, and he died there.

One last fact: In an interview with Katy St. Clair for the East Bay Express, Parnell shared his reason for kidnapping Steiner: “The reason I think this happened was, my wife was pregnant, and she was just too big for me, I guess, and I had to find another outlet.”

In the film, Terrence Stamp plays the titular collector, and promises his victim, played by Samantha Eggar, that he will not abuse or molest her as long as she doesn’t leave the basement. Berdella wasn’t as kind as the fictional character, though. He kept torture diaries detailing the horrible deeds Berdella did to his victims, including shocking them by running electricity through alligator clips attached to different body parts (including the testicles), beating them with an iron club, injecting them with various chemicals (including Drano) among other techniques. His reign of terror ended only when one of his would-be murder victims, Chris Bryson, was able to escape wearing nothing but a dog collar. Bryson jumped out a second story window, and found a neighbor who was able to help him and call the police. Berdella was arrested within minutes of the police being notified and was sentenced to life in prison; he died in 1992 of a heart attack after sending letters to a minister claiming prison officials weren’t giving him his heart medication. 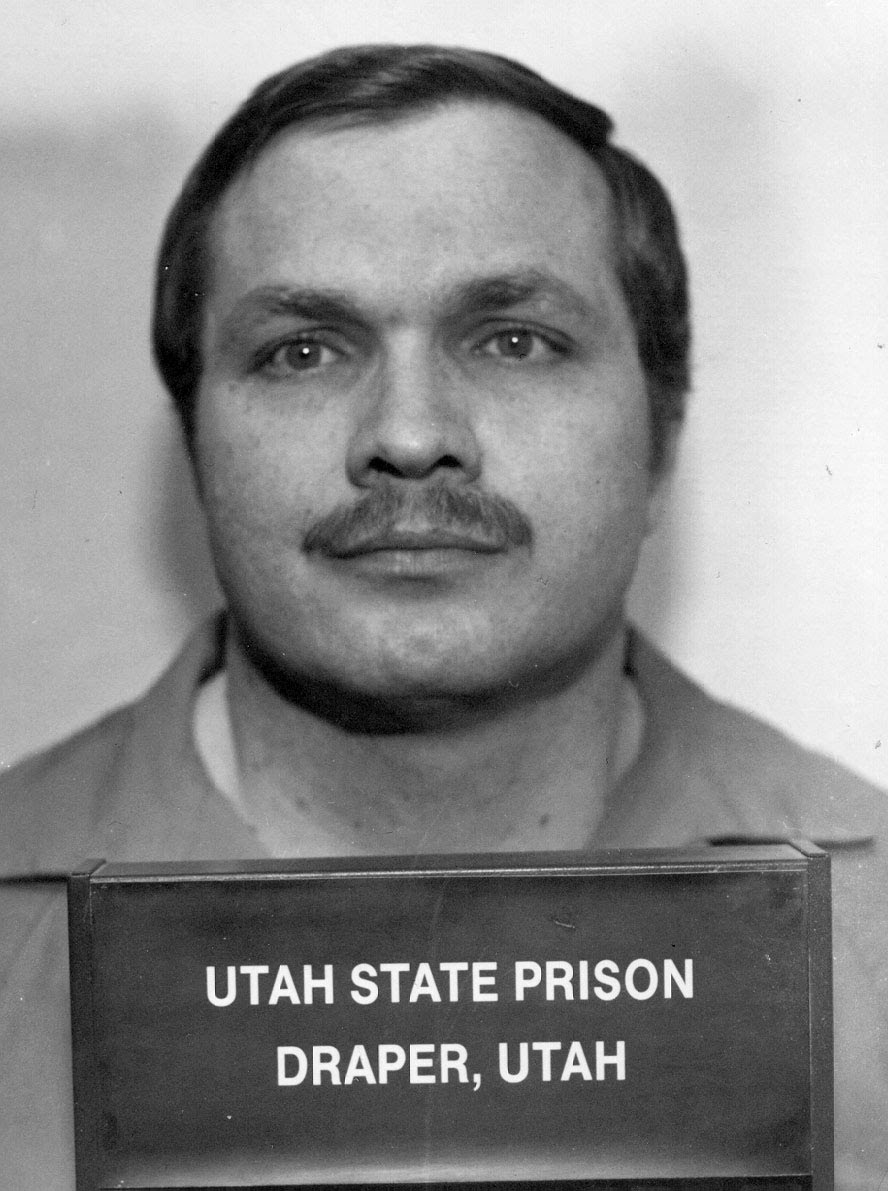 Arthur Gary Bishop was a Mormon missionary and a devout churchgoer. His first brush with the law was being arrested for embezzling a little over $8,000 from a used car dealership. He was given a suspended sentence of five years, but he skipped town and moved to Salt Lake City under an assumed name, where he joined the Big Brother program. He then used Big Brothers as a hunting ground for children to molest and murder. He murdered a total of five boys, and was executed for his crimes. Bishop blamed his addiction to pornography and Satan. 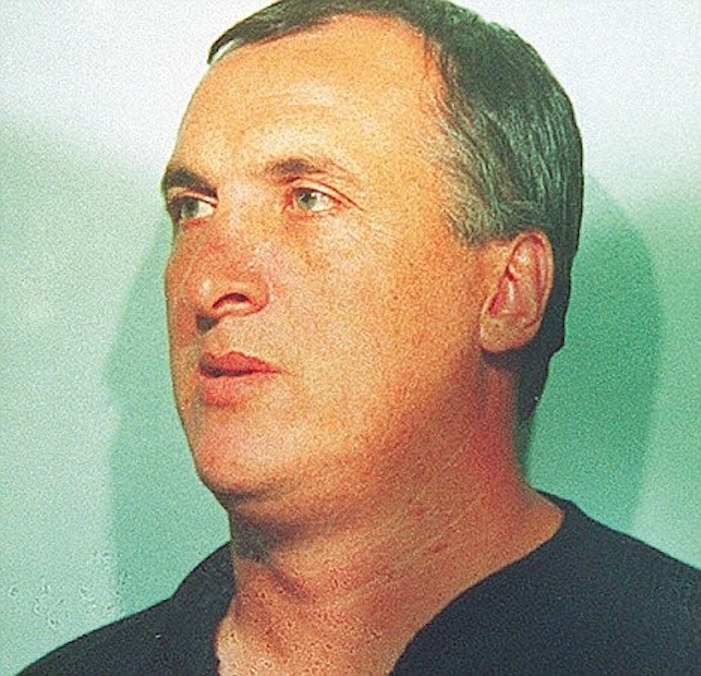 Colin Ireland claimed he was heterosexual, but he’d only target gay men for his victims, pretending to be looking for hookups. He’d then claim he needed to incorporate bondage to get off. When his victims would agree, Ireland would bind them, rob them and then kill them. Ireland only killed five victims — the minimum number, Ireland had read, to be considered a serial killer. After his fifth murder, he anonymously called police to tell them about the crime, and that he probably wouldn’t kill again. Indeed, Ireland admitted he wanted to be known as a serial killer; he’d also called the police after the fourth murder to ask why they hadn’t connected the four murders as being the work of one killer yet. This was the plan from the beginning: Ireland even called The Sun after his very first murder to guarantee coverage. He was sentenced to life in prison, and died in 2012 from pulmonary fibrosis, a lung ailment. 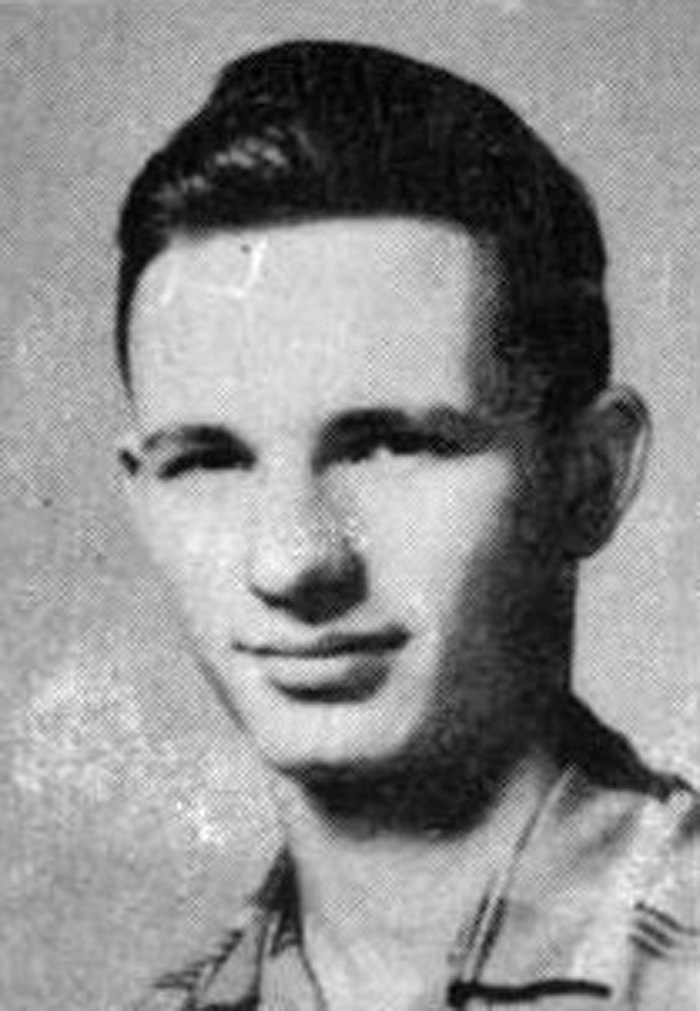 Dean Corll never went to prison for his crimes; they weren’t even discovered until Corll was killed by his accomplice, Elmer Wayne Henley, Jr. Corll, also known as the Pied Piper or the Candy Man, was the vice president of the Corll Candy Company and was known for giving free candy to teenaged boys. He was respected in the community, and his candy company gave him access to lots of children. After Corll’s murder, however, the police discovered he killed — at minimum – 28 teenaged boys. He and his two accomplices, Henley (15 years old when they started) and David Brooks (who was 16), would rape, torture, mutiliate and then kill their victims. Corll would also often make the victims write letters to their parents saying they were leaving. One such letter:

I have decided to go to Austin because I have got a good job offer. I am sorry that I decided to leave but I just had to go.

PS I will be back in late August. Hope you understand, but I had to go.

Daddy I hope you know I love you.

Patrick Wayne Kearney is best known as the Trash Bag Killer, so named because when he was done with his victims, he dumped their remains in trash bags and ditched the bags along the freeway or in the desert. For twelve years, Kearney would pick up young men, either from gay bars or from hitchhiking, shoot them, have sex with the corpses, and then dismember and mutilate the bodies. It wasn’t just necrophilia that drove him, however; as a child, he was frequently bullied. He started fantasizing about murder as a teenager, and many of his victims resembled his childhood bullies. Kearney was arrested in 1977; he was charged with 21 counts of murder, however, it’s believed he killed as many as 35 people. 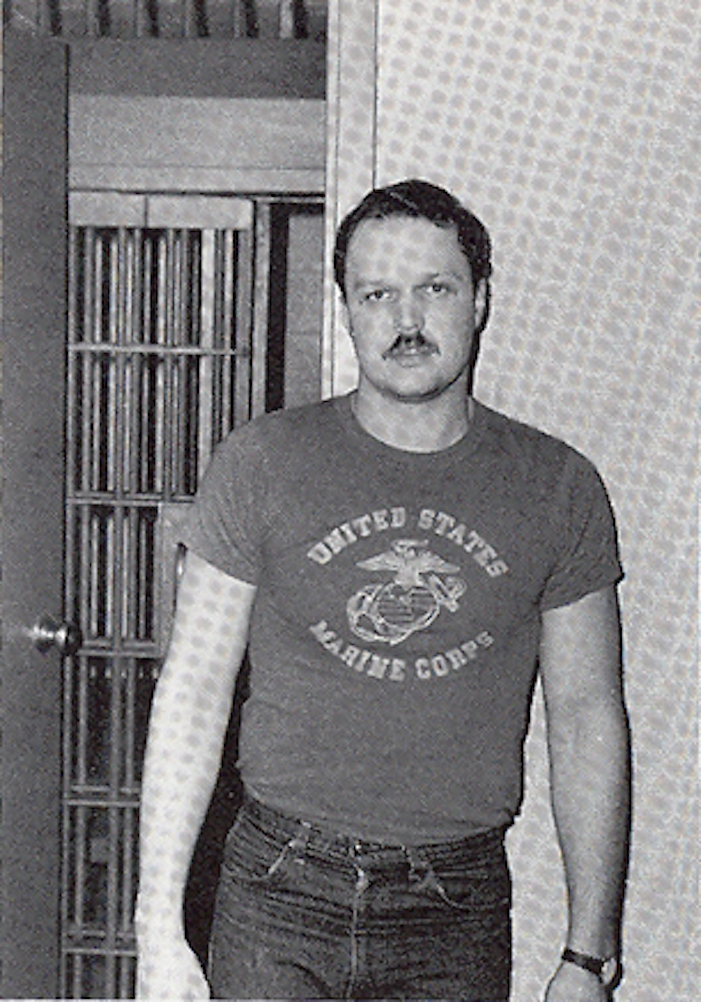 Larry Eyler, the Highway Killer, confessed to killing 21 men and boys over only two years, mostly male prostitutes and hitchhikers. Eyler was gay, but had a deep vein of self-loathing over his homosexuality. When he picked up a victim, Eyler would rape them and then kill them, usually by stabbing them. Unfortunately, by predating on gay men, Eyler was able to prolong his murder spree — police harassment of the gay community made many witnesses unwilling to talk with authorities. When he was finally caught, Eyler was sentenced to death. He attempted to get his sentence commuted to life without parole by naming his (alleged) accomplice, college professor Robert David Little; authorities refused, and Eyler died on death row from AIDS in 1994. Robert David Little was acquitted, with no physical evidence linking Little to the crimes. 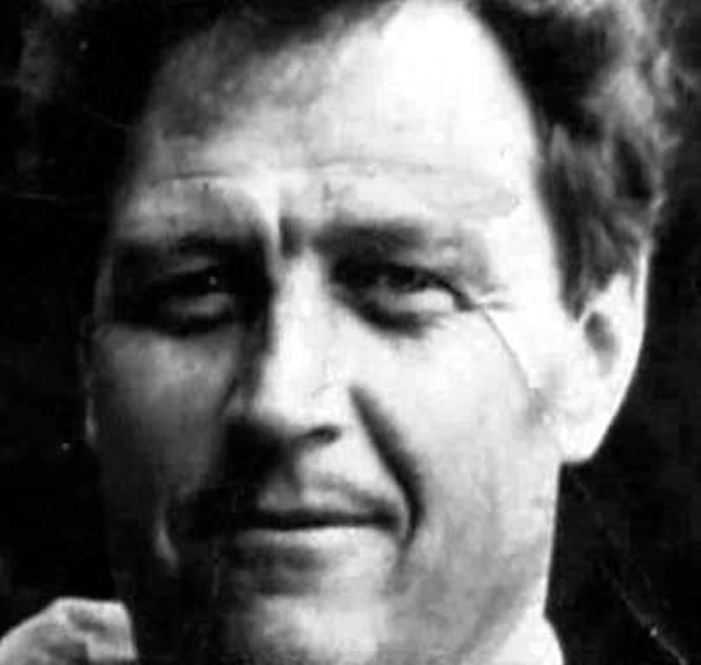 Anatoly Slivko killed seven boys over 24 years in the former Soviet Union with a very peculiar M.O. Based on an incident where Slivko was sexually excited to see a teenaged boy in a Young Pioneers (sort of a Soviet Boy Scouts) dead in a car accident. This was a formative event on the then 23-year-old Slivko, and one Slivko liked to relive: A few times a year, Slivko would befriend a Young Pioneer, usually short for his age, between 13 and 17. After gaining his trust, Slivko would ask the boy to participate in an experiment where the boy would be hanged until he was unconscious to stretch the spine, after which Slivko would revive him. Strangely enough, out of the 43 boys Slivko hanged, he kept his word 36 times, reviving the boys — but only after Slivko had stripped them, fondled them, shot film of them and then masturbated. When they came to, Slivko warned them to keep their silence. However, seven of those times, instead of reviving the boys, Slivko dismembered them, covered the bodies in gas and set them on fire. He’d generally keep the boys’ shoes as a trophy. Slivko was arrested and executed in 1985. 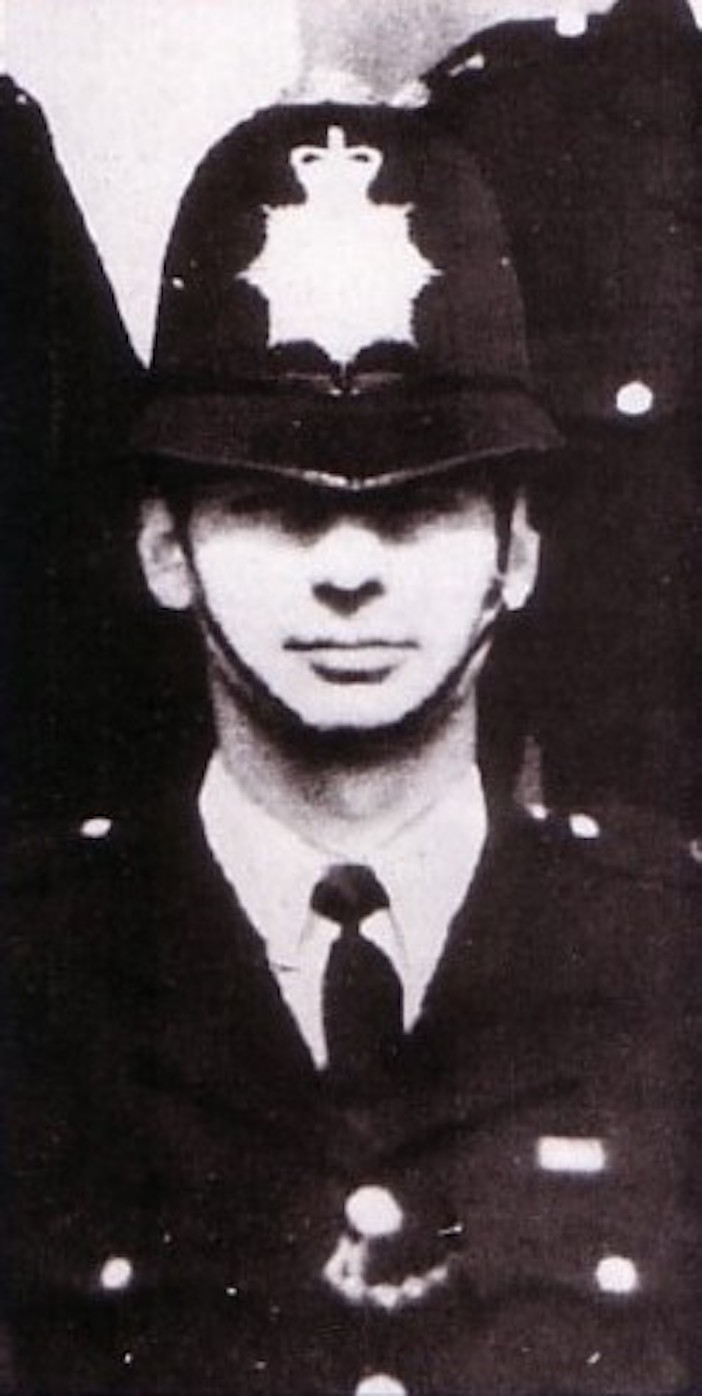 Dennis Nilsen, also known as the Muswell Hill Murderer or the Kindly Killer, strangled between 12 and 15 young men in London. Nilsen would then bathe their corpses, and keep the bodies around for extended periods of time, during which he would dissect and have sex with them — but, as he insisted, Nilsen never penetrated the victims. Most of Nilsen’s victims were gay, either homeless or picked up in gay bars, though he also killed a few straight men. While Nilsen sometimes burned the bodies, it was Nilsen’s other method of disposing of the bodies — flushing them down the toilet — that led to his arrest. A plumber was called to unclog the drains of his apartment building. The plumber discovered that the cause of the clog was a mass of small bones and human flesh — and that the blockage had come from the top floor apartment where Nilsen lived. He was arrested shortly after the discovery, and was sentenced to life in prison. 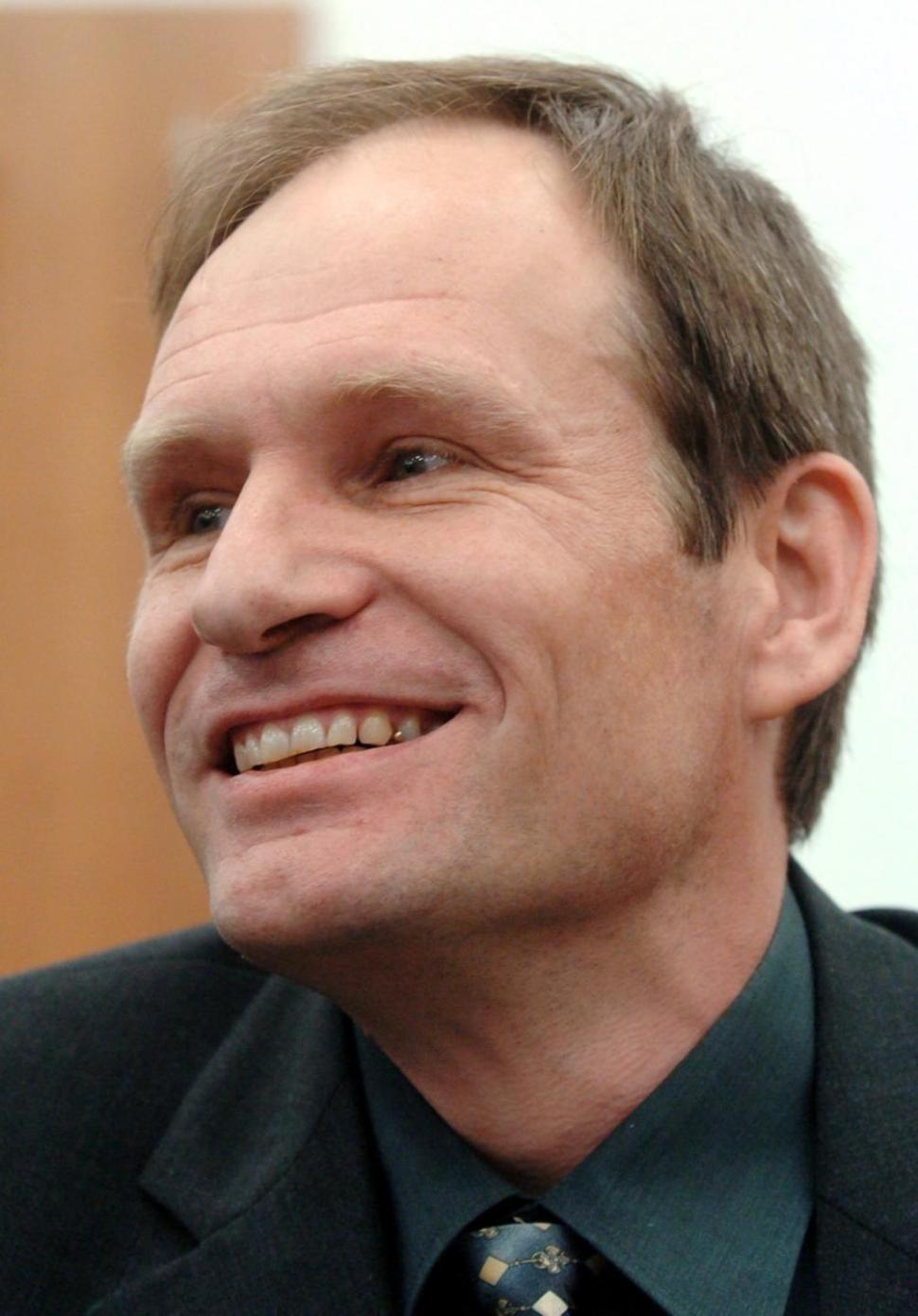 Armin Meiwes is the most famous on this list: He’s the Rotenburg Cannibal, the man who killed and ate his (willing) lover. On the now-defunct fetish site, The Cannibal Cafe, Meiwes posted a personal ad: “Looking for a well-built 18- to 30-year-old to be slaughtered and then consumed.” Meiwes got over 200 responses and screened his applicants over several months; the “lucky” victim was Bernd Brandes. Brandes went to Meiwes’ house, where the two again agreed on what was to happen. Brandes then swallowed 20 sleeping pills with half a bottle of schnapps, and Meiwes cut off Brandes’ penis and fried the organ for the two of them to eat. After their meal, Brandes took a bath, still bleeding.

The next morning, Brandes was still alive, so Meiwes gave him a final kiss and slit his throat. Meiwes then butchered Brandes’ body, storing his meat in a freezer next to a pizza, burying the remains in his garden. Meiwes ate Brandes’ meat over the next few weeks, and was only caught when he posted a second personal ad for another willing victim. Meiwes is in prison on a life sentence.

Perhaps the strangest aspect of this case: One of Meiwes’ potential meals was too creepy, even for him. Meiwes, on an Italian man known only as Matteo: “Matteo wanted me to burn his testicles with a flame thrower. And he wanted me to hammer his body down with nails and pins while he was whipped to death. I found that a bit weird.”

Clooney's New Film 'The Tender Bar' Is Steady and Entertaining But Left Us Thinking 'Is That It?'
'Am I the Assh*le?' Outrageous Queer Wedding Moments Edition
LEGO's 'Everyone Is Awesome' Pride Set Has Proven That Everyone Is Not So Awesome
The Amazing Story of Karl Heinrich Ulrichs and the Birth of Queer Activism
English