Chuck Tingle, author of Space Raptor Butt Invasion, has a new book. Here it is: 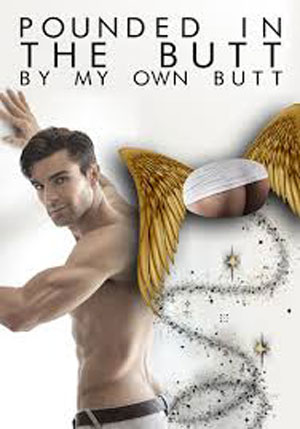 Its title is Pounded In The Butt By My Own Butt and it’s — oh wait, hang on. Chuck Tingle has already written a sequel to that one. Here it is: 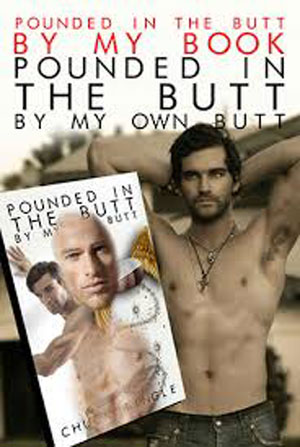 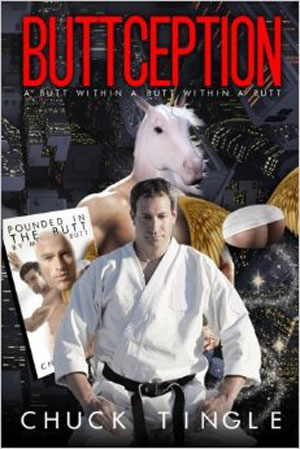 Information is scarce about Dr. Chuck Tingle. You will call him doctor because, as he explained in a recent interview with Observer.com, he has a PhD in holistic massage from DeVry (“a famous university,” he says). But what we do know is that he likes eating big plates of spaghetti for breakfast before enjoying “a shower or bath.” He practices Tae Kwon Do and reads Stephen King. And he likes to write about gay dinosaurs, gay Bigfoot, and gay anthropomorphic objects inserting themselves into butts.

He calls his stories “Tinglers,” and they are. So fuck you, Jonathan Franzen, Haruki Murakami, and Toni Morrison — Dr. Chuck Tingle has put you all on notice with insane collection of gay sex books.

In his early career, Dr. Chuck gifted the world with erotica such as:

But everybody has already read those, obviously. They’re old. Tingle is not simply prolific. He’s willing and able to explore the deeper philosophical questions of sex, such as what happens when you are literally engulfed in butts, all of them your own or written accounts of your own. That you wrote.

And when you’re done reading his Pounded in the Butt By My Own Butt trilogy, you can start on Glazed By The Gay Living Donuts, or go to the fan-created site The Chuck Tingle Title Generator and invent your own. A recent visit (63 minutes, because when pleasure is involved there is no such thing as wasted time) brought forth: Marked By Senator Satyr, Doctor Ankylosaurus Craves Filthy Sixty-Nine, and Fireman Mummy Craves A Gang Bang.

You’re welcome, all people on Earth. Maybe if you’re lucky and ask him nicely, Dr. T will bring tingling life to those titles. Or not. He could be JT LeRoy, honestly.